Although concerns over the role of the GAC in the post-ICANN entity remain, there's only one more obstacle left in removing US oversight over the Internet. 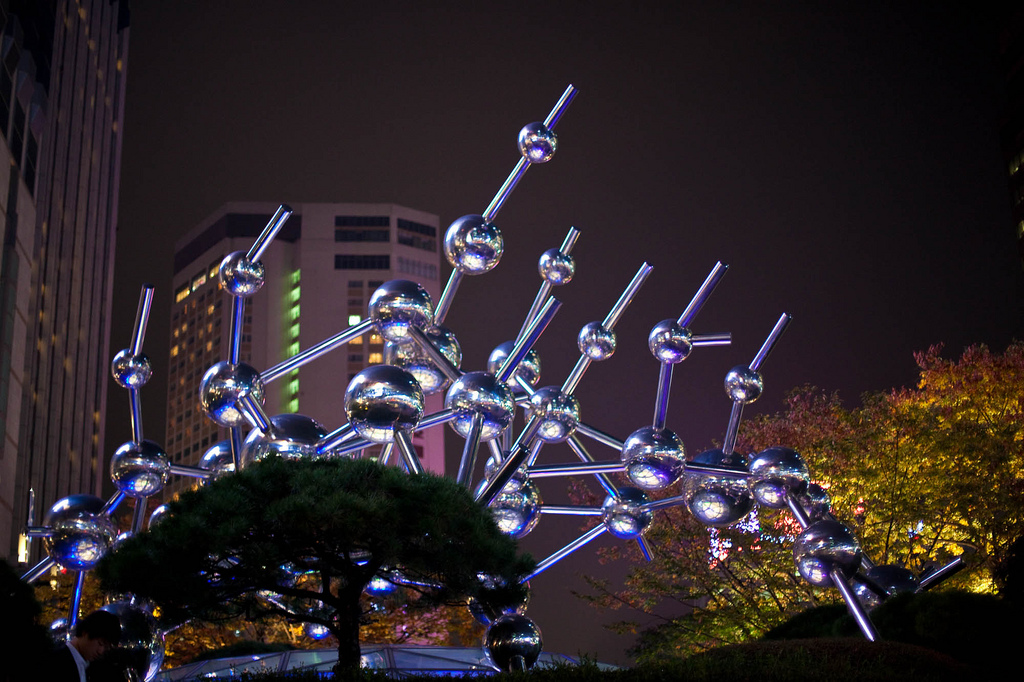 Though the precise role of Governments in the post-ICANN entity is still a little vague, the overall ownership proposal now has to clear all political obstacles in the US. Photo Credit: Kim Davies, CC BY 2.0/Flickr

Have you ever wondered who manages the address book of the Internet? Who allots the names that people type into the address bars of web browsers? Who decides whether ‘amazon.com’ goes to a corporate entity or to the South American countries that share the world’s largest river? The Internet’s address book is the domain name system (DNS) and the organization that manages it is ICANN or the Internet Corporation for Assigned Names and Numbers.

ICANN held its 55th public meeting earlier in March this year and it is considered to be a milestone in the history of Internet governance and its institutions. At this meeting, the blueprint for the institutional transformation of ICANN was approved. Some believe it has set in motion the transition of the US government’s oversight of ICANN to a global multistakeholder community. However others argue that this transition can be derailed even before it begins.

The transition process was initiated two years ago, when the United States National Telecommunications and Information Administration (NTIA) announced its intent to transfer oversight of ICANN. The announcement was seen as a response to the Edward Snowden revelations that blew the whistle on the US government’s Internet surveillance across the world.

ICANN is a private and not-for-profit entity born in California and overseen by the NTIA, an agency of the US Department of Commerce. In stark contrast to multilateral international organizations like the ITU, it was designed as a multistakeholder entity. ICANN is composed of stakeholder groups of businesses, governments, civil society, technical and academic communities.

ICANN’s multi-stakeholder model is made of supporting organizations (SOs) that develop policy in a bottom-up manner and advisory committees (ACs) that provide advice on such policy.  These SOs and ACs finally approved the transition proposals, and they can now be submitted to the ICANN board, allowing the ICANN transition to progress. While the proposals have been approved, this was not without some controversy around the proposed changes to the multistakeholder model of ICANN. It is necessary to examine the SOs and ACs closely to understand the nuance within their positions.

Currently government participation in ICANN is restricted to an advisory capacity on public policy matters through the Governmental Advisory Committee (GAC). As per the transition proposal the GAC was given an option to participate beyond its current advisory capacity. It could opt to be an equal among other stakeholders (as a “decisional participant”) through the new entity called the “Empowered Community”. Interestingly, the GAC, despite some member countries raising concerns about the potentially weakened role of governments in the post transition structure, approved of the proposal.

The concerns were raised by some GAC members who argued that certain parts of the proposal singled out governments as stakeholders and restricted participation. Countries like Brazil and Iran among few others raised strong objections to the recommendations within the proposal. Eventually, the GAC concluded that it had no consensus on these controversial issues within the proposal.  However, it categorically stated that it did not oppose transmission of the proposal to the ICANN Board. Opposing the proposal meant stalling the transition, which in turn would have meant continued US oversight of ICANN. Whereas, supporting the proposal without opposition would have meant governments lose power in a governance model which envisioned a balanced and equal sharing of power among stakeholders. At the end of the day, the GAC approved the proposal but explicitly expressed the lack of consensus regarding specific parts of the proposal that affected its operation.

Exhibiting a stark contrast of perspectives, another stakeholder entity within ICANN known as the Generic Names Supporting Organization (GNSO) presented a diametrically opposite perspective from GAC. The GNSO is comprised of commercial and non-commercial stakeholders in addition to the stakeholder groups of Internet registries and registrars. While signing off on the transition proposal, it expressed the dissent of some members who felt that role of governments was enhanced in the proposal. These members argued that parts of the proposal allowed governments excessive control over the ICANN Board and therefore ICANN, threatening Internet freedom. Nevertheless, the GNSO adopted and passed the proposal but included the dissenting minority statements of its members.

ICANN is often considered as evidence of the success of the multi-stakeholder model of Internet governance. The multistakeholder model has been repeatedly supported by India. India’s unambiguous support was evident from the Minister for Communications and Information Technology’s speech at ICANN’s 53rd meeting last year. The minister reiterated India’s support for multistakeholderism at ICANN’s 55th meeting in Marrakech, which he attended, heading a delegation that included Deputy National Security Advisor, Chief of Cyber Security, Joint Secretary, and Additional Secretary of the Department of Electronics & Information Technology. His statement highlighted the importance of the Internet to India’s developmental aspirations referring to various initiatives undertaken by the government. While supportive of the multistakeholder model, his speech articulated the nuance in India’s position on multistakeholderism. He emphasised the idea that governments must have a crucial role in cyber-security concerns and noted that Internet governance “should not remain the monopoly of a few”.

The development, approval and transmission of the proposal to the NTIA is proof that the multi-stakeholder model works. However, ignoring diverging views is unsustainable and can exacerbate disagreement between stakeholders. At this point, it must be noted that some key concerns regarding ICANN’s accountability have not been resolved. The difficult and controversial issues such as ICANN’s jurisdictional concerns, diversity standards and requirements, and transparency have been deferred to a second phase of transition. Additionally, the second phase includes developing a framework of interpretation for ICANN’s human rights commitments. This phase addresses issues regarding ICANN’s accountability after the transition is implemented.

These issues of the post-transition ICANN are of particular importance to India and other developing countries because they directly affect meaningful participation in multi-stakeholder models. Internet governance and its institutions have become increasingly important to India. Their growing significance is clearly reflected by the presence of the high level delegation and a carefully crafted statement by the Minister at ICANN’s 55th Meeting in Marrakech. India’s future interventions must weigh in on the discussion of these remaining critical issues and ensure that such concerns of developing countries and their stakeholders are not overlooked.

ICANN provides India with a platform to operationalize its position on multistakeholderism. The transition process not only unveiled the strengths of multi-stakeholder Internet governance models, but also revealed the need for their improvement and refinement. The need for greater diversity and inclusion of stakeholders is indispensable to the legitimacy of Internet governance institutions and processes. India’s focus on stronger engagement and strategic participation within ICANN will however depend on the future of the institution which is contingent upon the implementation of the transition proposal.

ICANN’s future now rests on the response of the NTIA and the US government. Yesterday, a sub-committee of the US Congress held a hearing on the transition. While it received unanimous support from the testimonies of witnesses involved in the process, substantial review of the transition proposal remains. The transition proposal after evaluation by the NTIA within 90 days will be transmitted to the US Congress for a final review. All of this must happen before ICANN’s contract with the NTIA expires on 30th September, 2016 and must also survive the US presidential election debates. It can only be hoped that following the labourious review process within ICANN, the IANA transition survives political obstacles and is actually operationalised.

Gangesh S. Varma is a Senior Fellow at the Centre for Communication Governance at the National Law University, Delhi. He is also a recipient of the ICANN Fellowship and participated in the Meeting at Marrakech.