Aadhaar Case: SC to Set up Nine-Judge Bench to Decide on Right to Privacy

If the nine-judge bench decides that privacy is a fundamental right, the issue will be thrown back to the five-judge bench who will decide the contours of this right and consequently rule on the validity of Aadhaar. 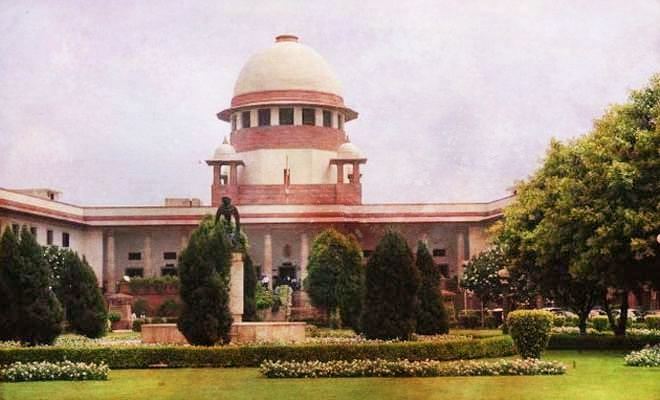 New Delhi: The Supreme Court on Tuesday  decided to set up a nine-judge bench to decide whether right to privacy can be declared as a fundamental right under the Indian constitution.

A five-judge constitution bench headed by chief justice J. S. Khehar said that the larger bench would examine the correctness of the two judgements delivered in the cases of Kharak Singh and M. P. Sharma in which it was held that right to privacy was not a fundamental right. Crucially, this bench will decide whether the two earlier rulings were correct expressions of the constitution.

The five-judge bench – comprising justices J. Chelameswar, S. A. Bobde, D. Y. Chandrachud and S. Abdul Nazeer – said that the nine-judge bench would commence hearing on Wednesday and would decide on the issue as to whether the fundamental rights, described under Part III of the constitution, also include the right to privacy.

According to legal experts, if the nine judges decide that privacy is a fundamental right, the issue will then be thrown back to the current five-judge bench which will define the contours and limitations of this right to privacy and consequently decide on the validity of Aadhaar.

They have decided to examine the correctness of earlier 1950, 60s rulings in MP Singh and Kharak Singh cases. Sitting to hear from tomorrow

As pointed out above, Tuesday’s order comes as a result of a batch of petitions challenging the constitutional validity of the Aadhaar scheme.

The petitions were referred to a larger bench in 2015 when then attorney general Mukul Rohatgi had referred to the inconsistencies in the past apex court verdicts and said that the issue whether right to privacy was a fundamental right or not, needed to be settled first.

The hearing today was set off by the government’s stance – represented in court by recently appointed attorney general (AG) K.K. Venugopal. The AG argued that the right to privacy is not a fundamental right and instead falls under common law. To bolster his argument, Venugopal cited the 1963 Kharak Singh case to emphasise that there is no right to privacy under Article 21 and Article 19 (1)(d) of the constitution. According to the AG, the framers of India’s constitution consciously chose not to have a fundamental right to privacy.

Chandrachud J: Kharak Singh was a case about surveillance. The petitioner contended that surveillance violated his freedom of movement.

The bench – primarily justice Chandrachud – pointed out that this argument may not hold water because the “position of law changed after the Maneka Gandhi case”. To which, Venugopal pointed out that a five-judge bench could not decide the correctness of the Kharak Singh case and that it would require either a bench of seven or nine judges to decide.

CJI Khehar consequently pointed out that this “limited point” could be referred to a nine-judge bench, which would be convened on Wednesday.