Is the Backdoor Policing of Telemedicine Platforms on Legally Sound Ground?

While greater regulation is the need of the hour, the current legal approach is likely flawed. 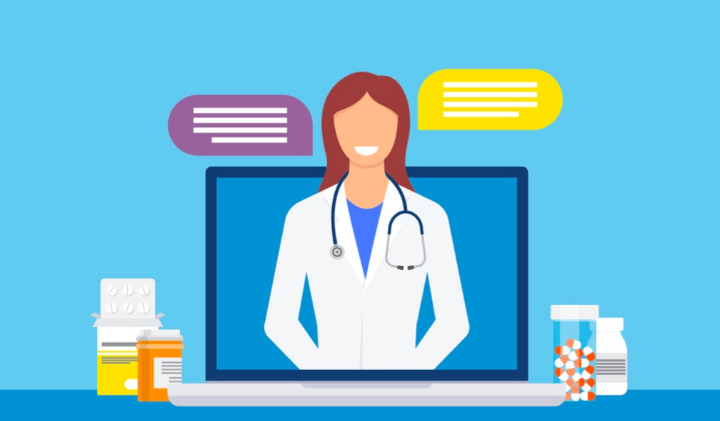 This amendment has incorporated the ‘Telemedicine Practice Guidelines’  as an appendix to the Indian Medical Council (Professional Conduct, Etiquette and Ethics) Regulation, 2002 (“Ethics Regulations”).

While the guidelines primarily lay down the norms and standards that a ‘registered medical practitioner’ (doctor) must follow while providing telemedicine consultations, it also seeks to regulate technology platforms enabling telemedicine.

While the regulation of such platforms may have noble intentions, it is likely ultra vires the parent statute and possibly the Constitution as well.

The guidelines say that telemedicine platforms must follow five rules:

1)  That patients are consulting with appropriately registered doctors;

2) That they report any non-compliance on the part of doctors to the Board of Governors, in supersession to the Medical Council of India who may take appropriate action;

3) Conduct due diligence before listing any doctor on its online portal;

4) Cease using any artificial intelligence or machine learning tools to counsel and prescribe medicines to patients;

5) Develop a proper mechanism to address the grievances of consumers.

Crucially, the guidelines specify that any platform that does not fulfil these requirements can be blacklisted, and no doctor can then use such a blacklisted platform for telemedicine consultation.

The Ethics Regulations and the Guidelines incorporated thereunder, have been issued under Section 33(m) and Section 20A of the Indian Medical Council Act, 1956  (“IMC Act”). The scope of these provisions are limited to permitting the MCI to frame the standards of professional conduct, etiquette and code of ethics to be observed by doctors.

Also read: Before You Dial a Doctor, Check If Telemedicine Is Really for You

“If a rule goes beyond the rule-making power conferred by the statute, the same has to be declared ultra vires. If a rule supplants any provision for which power has not been conferred, it becomes ultra vires. The basic test is to determine and consider the source of power which is relatable to the rule. Similarly, a rule must be in accord with the parent statute as it cannot travel beyond it.”

Accordingly, while it is clear that the MCI has the power to frame rules and regulations to regulate the conduct of doctors, the IMC Act does not provide the MCI the power and ability to regulate and direct the affairs and conduct of platforms. Consequently, the provisions of the guidelines which seek to regulate platforms are ultra vires the IMC Act and are therefore liable to be struck down.

A larger question that emanates from this discussion is whether an amendment of the IMC Act will prove sufficient to legitimise the regulation of these platforms through delegated legislation.

The IMC Act has been enacted by the central government with the objective of regulating the medical profession (and not medico-tech platforms) through the MCI.

Regulation of such Platforms would likely fall in either Entry 6, List II which deals with “Public health and sanitation; hospitals and dispensaries,” or Entry 31, List I which deals with “Posts and telegraphs; telephones, wireless, broadcasting and other like forms of communication.”

Also read: COVID-19: Telemedicine Is a Good Idea – but Not Without Access

In our  opinion, while there may be some incidental encroachment onto List I and List III, the pith and substance of the regulation of these platforms will fall within Entry 6, List II (State List).

(a) they help facilitate public health by connecting patients to doctors;
(b) in many ways, they perform the role of virtual hospitals; and
(c) in some cases, they even provide the option of ordering prescription drugs on their platform.

Crucially however, given the ubiquitous nature of these medico-tech platforms, enacting a separate country-wide uniform legislation may be a practical necessity. To overcome the aforementioned limitations, the central government may consider utilising Article 252 of the Constitution. This Article provides that the Parliament acquires the power to legislate on an issue of the State List if it is requested by two or more states under the procedure provided therein.

While such legislation would only be mandatorily applicable to the requesting states, other states would have the option to adopt the legislation as well. Interestingly, this method was adopted while enacting the Drugs and Cosmetics Act, 1940 (wherein all provincial legislatures provided their assent) and the Clinical Establishments (Registrations and Regulations) Act, 2010.

To be fair, the Central government’s concern and intent to regulate telemedicine platforms is appreciable and indeed, vital. The proper regulation of such platforms, which facilitate healthcare services and handle sensitive personal data of thousands of patients, is the need of the hour.

However, such regulation must be done in a manner that is compatible with the parent statute i.e., the IMC Act and more importantly, the constitution of India.