Why India’s Poor Must Have a Right to Privacy

Regardless of the Supreme Court’s final verdict, the false dichotomy between privacy and welfare must be expunged. 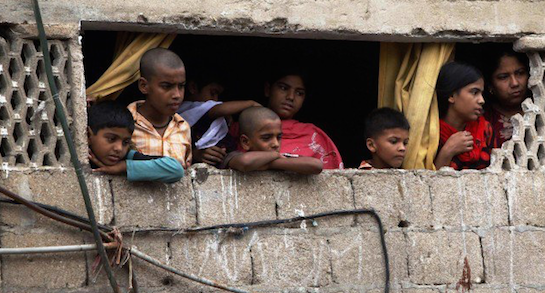 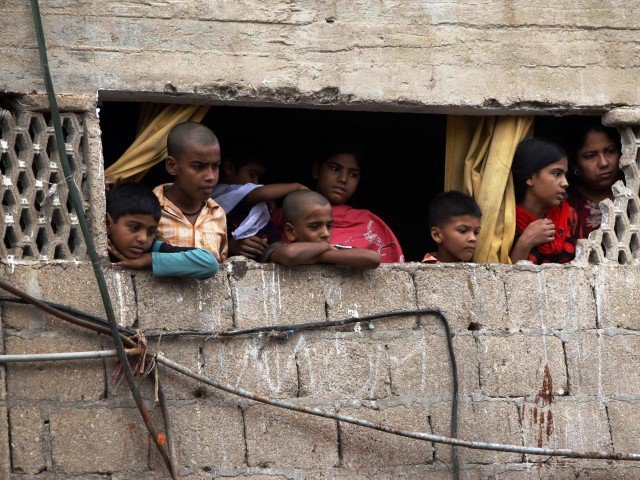 It is the poor, who need more rights, not less. Credit: Reuters

This argument is based on the notion that forsaking individual privacy for state benefits is a desirable one, since the latter entails tangible benefits for India’s teeming millions as opposed to the ‘elitist’ concept of privacy and confidentiality that involve no clear, material gain. This stance is highly problematic as it effectively implies that impoverishment is a fetter to human dignity and only the ‘rich’ can afford the cultural luxuries of an important civil liberty. This notion has plagued the operationalisation of a ‘Right to Privacy’ in many other countries, including the United States and has been detrimental to the interests of the economically backward classes.

Regardless of the final verdict of the Supreme Court in this case, on which we shall not comment here, the false dichotomy between privacy and welfare must be expunged.

Privacy is conventionally considered a subset of the most sacrosanct right guaranteed under the constitution – the right to life and personal liberty enshrined in Article 21. Having undergone many interpretations through successive decisions of the Supreme Court, this right is now understood to mean that the state cannot take away one’s liberty without following the procedure established by the law, and only when the law thus applied is just, fair and reasonable. The ‘Right to Life’ encompasses civil and political liberties, personal security and basic socio-economic welfare. There continues to exist a false perception that the latter two categories are far more significant for national development than civil liberties as they tangibly contribute to the essentials of sustaining human life-safety, food, clothing and shelter.

First, a ‘life with dignity’ can surely not be sustained solely by good health and personal safety. Intangible constructs with unclear benefits such as the freedom to worship, the freedom to express oneself freely or dress as one pleases surely add value to one’s life and enables an individual to live it with dignity. As eloquently argued by Amartya Sen in The Idea of Justice, narratives on development must devise means of incorporating intangible values in its policy-making ventures. Without these intangible benefits, we turn into statistics-bereft of the value that makes us inherently human.

Second, civil and political liberties have often proved crucial for the attaining of socio-economic welfare. Despite China outperforming India on most economic indicators since independence, China still suffered a widespread famine from 1958-61 with a mortality count nearing 30 million. Sen writes how that it was a complete breakdown of public reasoning where state sponsored propaganda coupled with a clampdown on dissent brainwashed not only the citizenry but also the policymakers. While modern China is a far-cry from the China desecrated by Mao’s orthodox economic policies, there still remains huge economic disparity between the rural hinterland and the areas benefitting from one or more of the Four Cs-coast, capital, city or access to coal. Unlike India, however, the sufferers in the rural hinterland have found it much more difficult to break the shackles of poverty as they have limited avenues of campaigning for their own welfare. India, while plagued by bureaucratic malaise and inefficiency, has not suffered from a famine since independence. Instead, the apparently ‘intangible’ civil and political liberties granted by the constitution has been galvanised by the citizenry to garner improved standards in healthcare, education and land reforms. Public Interest Litigation has been effectively utilised to remedy many injustices that would have been suppressed in an authoritarian regime. A right to privacy for the poor is justified and needed for both these reasons. Without it, we not only deprive them of the dignity that is guaranteed by virtue of being human but more sinisterly deny them a fair shot at amending their socio-economic plight.

The US has a strongly defined judicially recognised right to privacy. However, those on the bottom rungs of the socio-economic ladder have been stripped of this dignity due to the mindset that the ‘intangible’ benefit of this right can always be forsaken for more tangible socio-economic benefits. In a fine book called The Poverty of Privacy Rights released earlier this year, Professor Khiara M. Bridges argues that poor mothers have been ‘disenfranchised of their right to privacy.’ She narrates how a pregnant woman needs to undergo a mandatory review process that assesses not only her nutritional status but also her health education and psychosocial status. This assessment requires the compelled yielding of information such as a woman’s support system, history of substance abuse, housing, education and financial resources, which would ideally be protected by the right to privacy that has been read into the Fourth Amendment.

Further, the judiciary has sanctioned suspiscion-less home-visits, which are again disallowed otherwise, as a pre-requisite for any form of welfare from the state. Much like Venugopal, the American judiciary has decided that the ‘poor’ are a class of individuals whose desire and ability to exercise their fundamental rights is compromised by virtue of their subsistence needs and reliance on the state for their sustenance. An autonomous choice to forsake their dignity was never given to them. The  decision was made on their behalf by the ‘rich’ who can afford the right to live with dignity.

Even if we let the dignity argument rest, a misunderstanding of the relationship between privacy and poverty can have devastating consequences on tangible economic fulfilment in many ways. In today’s digital age, where the data generated by an individual is often more revealing than a search of that person’s house, data has become a commodity and has even been compared to oil in terms of its value as a resource. Studies estimate that one’s personal data combined with an individual’s purchasing habits may be as valuable as $1,200 (or more). Of course, the rich engage in more commercial transactions and therefore generate more valuable data. However, they also have more resources – both in terms of information and finance – to make an informed decision on the level of invasion they are comfortable with. In many instances, the ‘poor’ are left dealing with more invasive outcomes of the trade-off without free and informed consent.

The idea of consent is central to the understanding of privacy. Each case of an individual who enrolls himself with the Aadhaar scheme, unaware of the risks associated with his personal data being mishandled or lost, constitutes a violation of privacy, since the individual is unable to provide ‘informed’ consent. If information is gathered by the state in this manner, it is akin to holding private property hostage, indefinitely without explanation, with no remedy in sight.

When the state decides to create a digital repository of citizen’s data – with accruals ranging from PAN card information to biometrics – it raises the question as to who is the actual owner of this data, i.e. who owns the ‘property rights’ over this data. This characterisation of ‘privacy as property’ is of consequence due to the implicit assumption that property holds material value. If it is the individual who is the ultimate owner of his personal data, then one has to assume that a transfer of this property is taking place when this data is handed over to the government. For those with ‘less property’, i.e. the poor, it is therefore an even greater violation, than for the educated ‘elite’ who consent to such ‘taking’ with awareness of its consequences.

Further, at a theoretical level, Aadhaar is not providing any additional benefits to individuals but simply rectifying a system that should not have left them indigent in the first place. As argued by eminent social scientists, including Upendra Baxi, social structures and state inefficiency generate the process of ‘impoverishment’. In most instances, the poor themselves should take the least blame. The benefits linked to the Aadhaar system simply replace the existing benefits which citizens were entitled to prior to the adoption of the Aadhaar, providing little extra incentive for the common man. The claims to ‘newer’ benefits made thus far, such as the elimination of middlemen through direct cash transfer into the bank accounts of the citizen, pay little attention to the idea of ‘fair price’ paid to the commoner for handing over his data, when viewed as property, to the state.

Thus, in the context of the state ‘taking’ away property without ‘giving’ equitable benefits in return, especially in the case of the marginalised, it seems that the attorney-general’s statement is a false dichotomy at best and a paradox at worst. It is the poor, who need more rights, not less. If it is recognised as a fundamental right, it will need to be balanced against countervailing rights on a case-to-case basis. However, the balancing act must be undertaken without prejudice to the individual’s economic background.

In a day and age when public discourse spreads at the click of a button, it is imperative that we correct certain notions of egalitarianism that we build up in our minds on privilege and its consequences.

Our innate desire to patronise the poor by looking at them as inherently unequal to us is dangerous and could fetter the privacy regime in India even if it is judicially recognised this week. By denying dignity to the poor, we reject the essence of our thriving democracy at its core.

Agnidipto Tarafder is a faculty member of  The West Bengal National University of Juridical Sciences. Among other subjects in International and Constitutional Law, he teaches a course on Law and Privacy.

Arindrajit Basu is a graduate of the same institution and will be pursuing his LLM in Public International Law at the University of Cambridge. He has previously worked for the Cyber Initiative of the Observer Research Foundation, New Delhi.