Paytm Back on Google Play Store After Removal Over Policy Violations 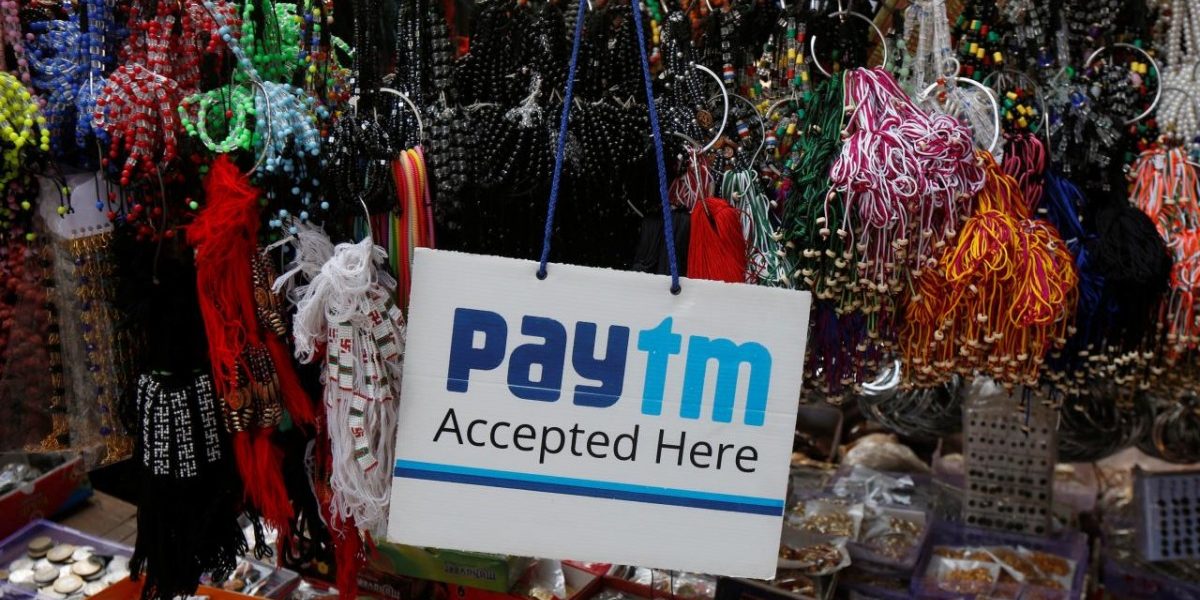 An advertisement of Paytm, a digital wallet company, is pictured at a road side stall in Kolkata, India, January 25, 2017. Credit: Reuters/Rupak De Chowdhuri

New Delhi: Indian digital payments firm Paytm on Friday said its mobile app was back on Google’s android store after the US tech giant kept it offline for several hours, citing the SoftBank-backed company’s violations of its gambling policy.

“Update: And we’re back!” Paytm told users on Twitter, some of whom had expressed concerns about their money in the company’s digital wallet and bank.

Earlier on Friday, Alphabet Inc’s Google said in blog post that it did not allow “online casinos or support any unregulated gambling apps that facilitate sports betting.”

“This includes if an app leads consumers to an external website that allows them to participate in paid tournaments to win real money or cash prizes, it is a violation of our policies,” it added.

Paytm, which also counts Alibaba and Berkshire Hathaway among its backers, confirmed that Google had removed its app.

Launched a decade ago as a platform for mobile recharges, Paytm grew quickly after ride-hailing firm Uber listed it as a quick payment option. Its use swelled further in 2016 when India banned certain high-value currency notes, causing an immense shortage of currency in the economy for months.

It currently competes with global players such as Google Pay and Walmart’s PhonePe in India’s digital payments market which is set to more than double in value to $135 billion by 2023 from 2019, according to PwC and Indian lobby group ASSOCHAM.

The company had not breached Google policies but was running an offer that gave its users stickers, for payments and money transfers, which could then be used to redeem cashbacks – a move Google deemed as gambling, a Paytm spokesman told Reuters.

Paytm has since removed the promotion from its app, he added.

Google did not respond to a request seeking comment on how Paytm’s cashback offer violated its policies.

Note: This article was updated after Paytm was back on the Google Play store.