Under fire for not censoring Trump, the Facebook CEO cited the Delhi BJP politician's direct threats against the anti-CAA protestors in February as the kind of speech the social media company had acted against. 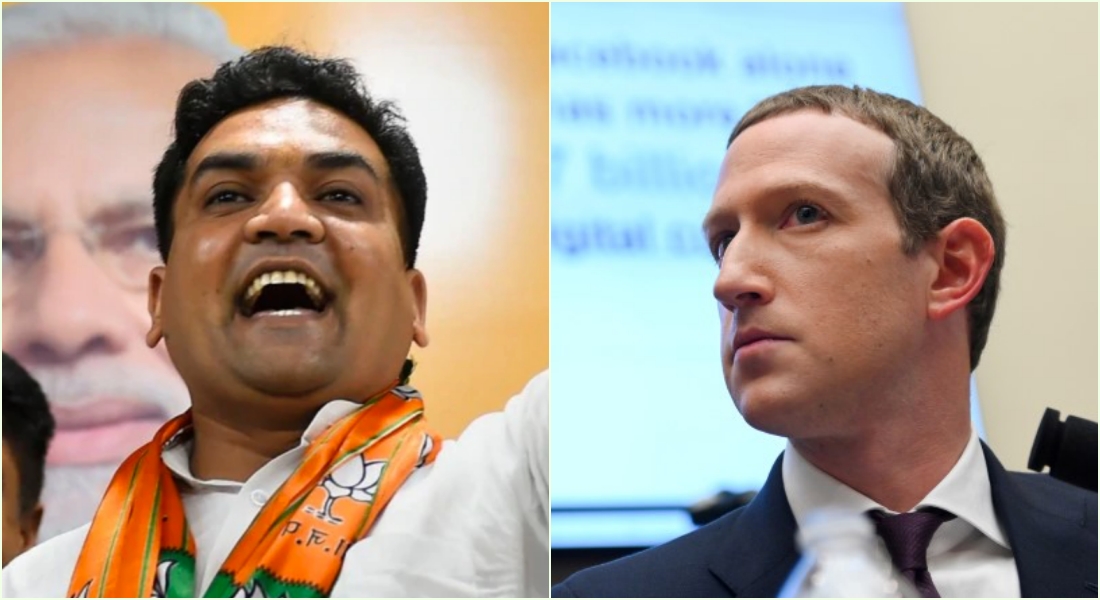 New Delhi: Facebook CEO Mark Zuckeberg’s reference to the threat issued by Delhi BJP leader  Kapil Mishra against anti-government protesters as an example of hate speech that incites violence is likely to revive the debate over the Delhi Police’s refusal to act against ruling party politicians for their role in the communal disturbances that took the lives of over 50 people this February.

Zuckerberg was speaking to Facebook employees on June 2 about what constitutes social media incitement. Though he did not directly name Mishra, the quote he cited made it clear that is who he was referring to:

“You know, if somebody is actually going to encourage violence, I think in general, you just — you just don’t want that content up. But our policies around incitement of violence, you know, have pretty — have some clear precedents right around if people have to be calling for violence or targeting specific individuals. There have been examples of government officials around the world, we’ve taken them down. There was a legislator in Hong Kong who called for the police to come in and clear out and kill the protesters to restore order in society. You know, that was — that’s obviously inciting and calling for violence. We took that down. And there have been cases in India, for example, where someone said, “Hey, if the police don’t take care of this, our supporters will get in there and clear the streets.” That is kind of encouraging supporters to go do that in a more direct way, and we took that down. So we have a precedent for that.” (emphasis added)

Zuckerberg’s interaction was held in the backdrop of Facebook being criticised for its failure to censure or take down the posts of US President Donald Trump in the wake of massive #BlackLivesMatter protests and the violence which rocked the country following the brutal killing of a 46-year-old African American man, George Floyd, in Minnesota on May 25.

The online meeting discussed Trump’s Facebook posts, which included one in which he called for harsh measures against those indulging in arson and violence during the protests by saying, “when the looting starts, the shooting starts”.

It also discussed Facebook’s action which decided to let Trump’s posts go through even as other sites like Twitter put out warning labels along with the president’s posts.

During the meeting, Zuckerberg explained Facebook’s action thus: “We basically concluded after the research and after everything I’ve read and all the different folks that I’ve talked to, that that reference is clearly to aggressive policing — maybe excessive policing — but has no history of being read as a dog whistle for vigilante supporters to take justice into their own hands.”

As for Mishra’s comment, Zuckerberg is learnt to have alluded to it to convey to his nearly 25,000 employees that Facebook does act in cases of clear incitement.

Also read: The Delhi Violence FIRs Are Like Blank Cheques, to be Encashed By the Police Any Time

It was during Trump’s visit to India from February 24-25 that Mishra, while addressing his supporters in North East Delhi, had given a three-day “ultimatum” to the Delhi police to evict anti-CAA protesters who were blocking a road at the Jaffrabad Metro Station. He had also issued a statement on Twitter saying: “A three day ultimatum to the police — to clear the roads and after that please do not try to convince us, we would not even listen to you.”

Mishra had also shared videos on social media in which he was heard saying: “We will maintain peace until (US President) Donald Trump is in India. After that, we refuse to listen to even the police if the roads are not cleared…. we will be forced to hit the streets.” He also used Twitter to urge people to come together and “prevent another Shaheen Bagh” type of road-blockade protest from taking shape at Jaffrabad.

In March, Justice Muralidhar of the Delhi high court had directed the Delhi Police to take a decision on filing an FIR against Mishra for his remarks. But before the deadline set, he was transferred out and the bench which replaced him accepted solicitor general Tushar Mehta’s claim that conditions were “not conducive” for action to be taken and that an FIR would be filed “at an appropriate time”.

Since then, the police have arrested several individuals associated with the protest against the CAA, slapping terrorism charges on at least five of them, but Mishra has not yet been charged.