A report in the Wall Street Journal, quoting unnamed current and former FB officials, alleges a top Facebook India official opposed taking down hate speech posts by a BJP MLA over worries it would damage the company's business prospects in India. 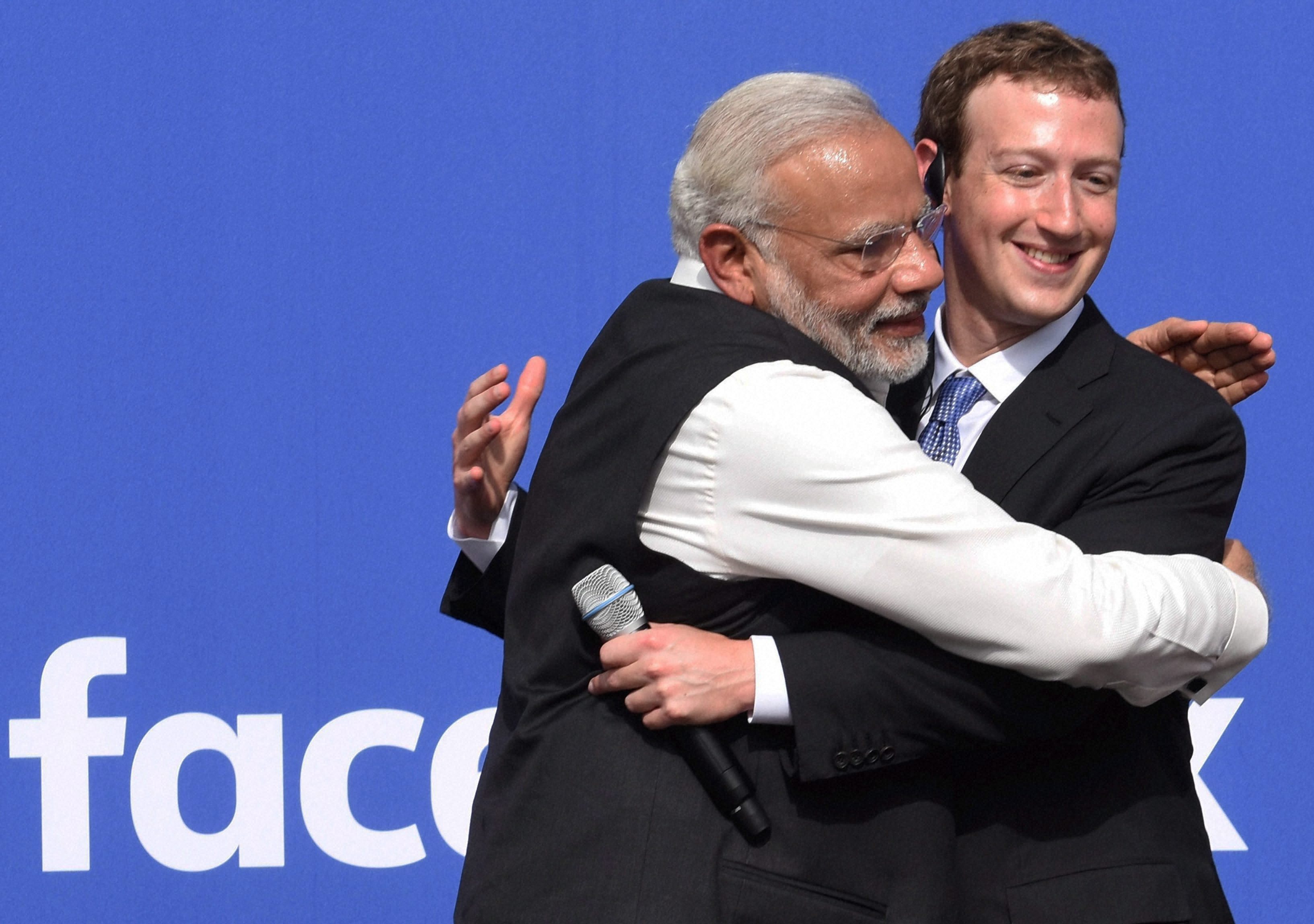 New Delhi: A top Facebook official in India was opposed to applying the social media platform’s hate speech rules to at least one Bharatiya Janata Party (BJP) politician and other “Hindu nationalist individuals and groups”, according to a new report published by The Wall Street Journal.

This was despite the fact that the content posted by these individuals or groups had been “flagged internally for promoting violence”.

The Wall Street Journal report says that Ankhi Das, who is Facebook’s top public policy executive in India, opposed applying hate speech rules to the BJP’s T. Raja Singh out of fear of ruining the company’s relationship with the ruling party.

Singh is the saffron party’s lone MLA in the Telangana assembly and is notorious for making communally provocative statements.

“The current and former Facebook employees said Ms. Das’s intervention on behalf of Mr. Singh is part of a broader pattern of favoritism by Facebook toward Mr. Modi’s Bharatiya Janata Party and Hindu hard-liners,” it added.

A company spokesperson told The Wall Street Journal that while Das had raised concerns about the political fallout that would result from designating Singh a “dangerous individual”, her opposition was not the sole factor that determined whether the BJP politician should remain on the platform.

The spokesperson added that Facebook is still considering whether it will ban Singh.

According to the Wall Street Journal, Das’s team also took “no action” after BJP politicians posted content accusing Muslims of intentionally spreading the coronavirus, plotting against the nation and making a noise about “love jihad” – the term the Sangh parivar uses to describe a mythical  conspiracy by Muslims men seeking to seduce and marry Hindu women in order to convert them to Islam.

In addition to this, unnamed former employees quoted by the US newspaper claim that Das had also provided the BJP with “favourable treatment on election-related issues”.

“In April of last year, days before voting began in India’s general election, Facebook announced it had taken down inauthentic pages tied to Pakistan’s military and the Congress party, the BJP’s main rival party. But it didn’t disclose it also removed pages with false news tied to the BJP, because Ms. Das intervened,” the report said, quoting unnamed former Facebook employees.

According to the media report, several posts by Singh and BJP MP Anantkumar Hegde, which were filled with anti-Muslim rhetoric, were not deleted by Facebook until it was brought to their attention by Wall Street Journal reporters.

“Facebook deleted some of Mr. Singh’s postings after the Journal asked about them. It said Mr. Singh no longer is permitted to have an official, verified account, designated with a blue check mark badge,” the report notes.

Also Read: The Past and Future of Facebook and BJP’s Mutually Beneficial Relationship

“While Twitter has suspended Mr. Hegde’s account as a result of such [anti-Muslim] posts, prompting him to call for an investigation of the company, Facebook took no action until the Journal sought comment from the company about his “Corona Jihad” posts. Facebook removed some of them on Thursday. Mr. Hegde didn’t respond to a request for comment.”

With regard to the WSJ story, a Facebook spokesperson noted that the company enforces its policy “without regard to anyone’s political position”.  “We prohibit hate speech and content that incites violence and we enforce these policies globally without regard to anyone’s political position or party affiliation. While we know there is more to do, we’re making progress on enforcement and conduct regular audits of our process to ensure fairness and accuracy,” the spokesperson said.

The Wire has sought a response to the WSJ story from Ankhi Das and will update this report when it is received.