Experts point out that the draft is too broad to practically enforce, will create a licensing raj and will gravely affect the media and the public through its stringent punishments. 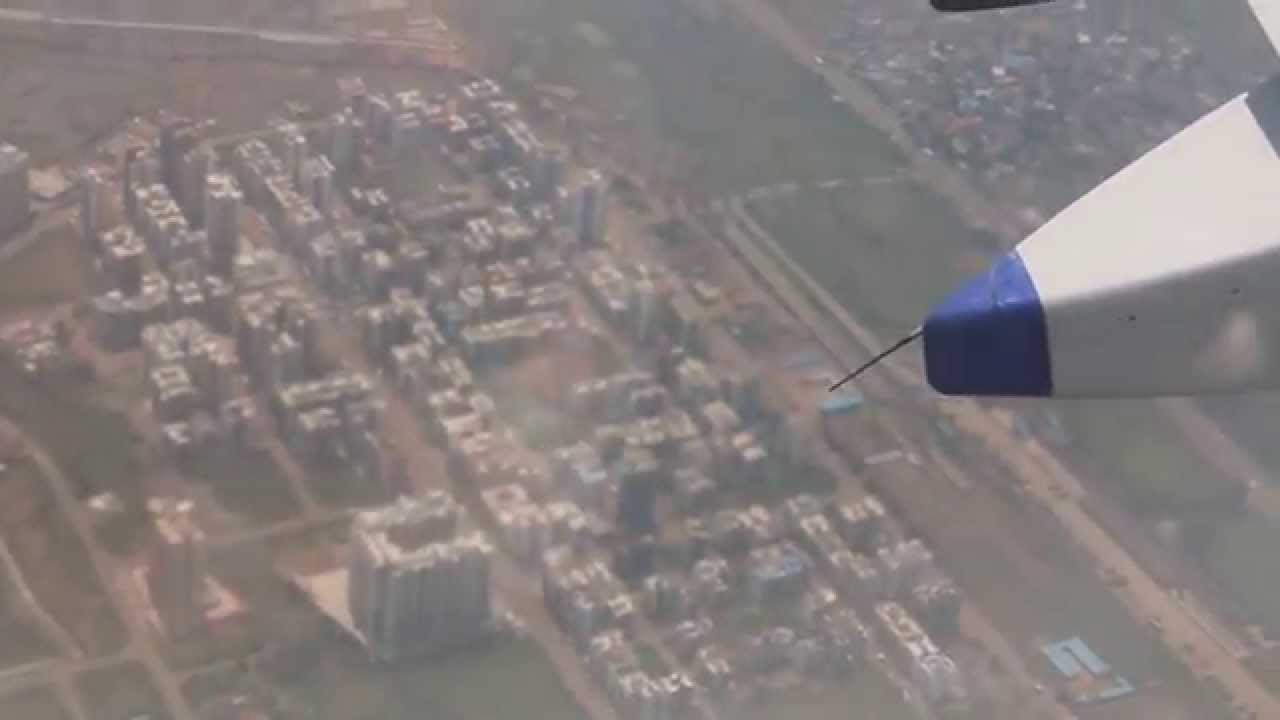 Under the Geospatial Bill, photographs taken by an individual from an airplane could be liable for punishment. Credit: Youtube

The draft “Geospatial Information Regulation Bill” that was released in the public domain for suggestions on May 6 has come under severe criticism from cyber law experts, who believe it is a shoddy piece of legislation that has various loose ends. They point out several problems in the draft and insist that it needs a thorough re-examination.

The problems the experts point out include the facts that the draft conflicts with the Information Technology Act, 2000, seeks applicability outside India without specifying how foreign entities would be reined in and creates a licensing raj under which even innocuous acts such as taking photographs from an aeroplane would be criminalised, as well as the possibility that the use of maps by the media would become punishable.

The draft bill lays down that without the permission of a proposed Security Vetting Authority, “no person shall acquire geospatial imagery or data including value addition of any part of India either through any space or aerial platforms such as satellite, aircrafts, airships, balloons, unmanned aerial vehicles or terrestrial vehicles, or any other means whatsoever.”

What is worrisome is that it provides for stringent punishment ranging from a fine of up to 100 crore rupees to a 7-year jail term, for as much as publishing a wrong map of India. Since the print, electronic and digital media use a lot of easily available data, the new regulations could spell doom for the industry as it would push up the costs of acquiring such basic information and also make media liable for heavy fines and imprisonment in case of even an oversight.

The draft also does not mention any relaxations or exemptions for media or other groups from mandatory licensing, or the provision of free-to-use templates by the government, like court judgments, which the media can easily access without fearing grave repercussions.

A host of potential problems

Cyber law expert Pavan Duggal laid out a number of drawbacks and loopholes in the current draft bill. While the bill has potentially noble objectives in aiming to protect the sovereignity, integrity and security of India, its provisions are extremely wide in their scope and ambit.

“The draft legislation has the intrinsic problem that it has been given extra-territorial applicability in terms of jurisdiction. It is applicable to any person anywhere in the world. We have historically seen that such jurisdiction does not work well in practical terms. What if global players do not want to take your licence or subject themselves to your jurisdiction?”

Duggal questioned how the Security Vetting Authority will ensure that no individual will use, disseminate, distribute or publish any of India’s geospatial information outside India without their permission, and pointed out that this potential law has immense parameters for its breach and its non-compliance at the outset. Hence, “we need to come up with provisions that can be effectively enforced.”

Similarly, lacunae exist in the way geospatial information is defined. Geospatial information is very wide in its scope and applicability: it includes all kinds of imagery and data acquired through space – charts, maps and terrestrial photographs – and incorporates digital and graphic data depicting natural or manmade physical features and boundaries. So, as Duggal pointed out, if a person flying in an aircraft takes a photograph from his seat, that too is covered under this law, unless and until the person has a licence.

Another fear is that licences could come to be arbitrarily granted under the regime. As of now, not much clarity exists on how licenses are going to be issued. Therefore, there need to be checks and balances even within the Security Vetting Authority.

The provisions could also prejudicially impact the growth of e-commerce and m-commerce in India. Duggal explained how: “Under this law, Google Maps will be illegal without a licence, which means that all mobile or e-commerce applications working on Google Maps will also become illegal. The licence will also only be applicable to the concerned person. So if I am a taxi aggregator like Ola or Uber, I will have to get a separate licence over and above what Google Map has.”

The new law also conflicts with the provisions of the Information Technology (IT) Act 2000, because both it and the earlier IT Act deal with not just physical but also digital data. Furthermore, the IT Act is a special law and states that in case of conflict between it and any other law, then it will prevail. However, the draft geospatial bill has also been given special status under Section 33, stating that its provisions will have effect over inconsistencies in other laws. In other words, the interplay between the new law and the IT Act has not been properly worked out.

Finally, the idea behind the high fines ranging from 10 lakh to 100 crore rupees in the draft bill, Duggal explained, is to communicate India’s firm intention of preventing the misuse of its geospatial information. But creating a structured licensing raj may not in sync with the way technology and the internet are growing.

Duggal concluded that over a period of time, India will have to strike a balance between the protection of its national interest and ensuring that the data gets used for the propagation of e-commerce and m-commerce. “The issue of fair use of geospatial data should also be addressed. The words `fair use’ or ‘regular exceptions’ for legitimate, bona fide, genuine and lawful activities do not find a mention in the draft bill as of now.”

Supreme Court advocate and cyber law expert Karnika Seth said the draft has come at a time when India has had a number of lapses in terms of cyber security, like the recent hacking of the IRCTC website, which may not have been for commercial gains, but could have been for other reasons like terrorism.

In such a scenario, she said, it is essential to protect the systems from misuse. Indeed, what the proposed stringent punishments, which include imprisonment of over three years to make it non-bailable, and licensing regime seek are a deterrent effect.

Seth, whose views have often been solicited by the Indian parliament, the Ministry of Information Technology and the Cyber Appellate Tribunal for strengthening the framework of cyber laws in India, also added that to deal with the concerns of the media, the public consultation process could bring some relaxation. “The possibility of a sub-licence or having the rights completely vest with one licensee needs to the determined. We also need to see what sorts of exemptions would be suitable in such a scenario.”

Seth suggested that a solution to the dilemma could be the model of the United Kingdom and pre-approved government templates that are free for the public to use. She added that it is “the prerogative of any citizen to rely on these templates.”

“Why is there a need to commercialise everything and make all spatial data accessible only through licences?” she questioned.