Social Media Giants Finally Confront Trump's Lies. but Why Wait Until the Capitol Was Stormed?

Given the lack of regulation and responsibility shown by platforms over the past few years, it’s fair to say the writing was on the wall. 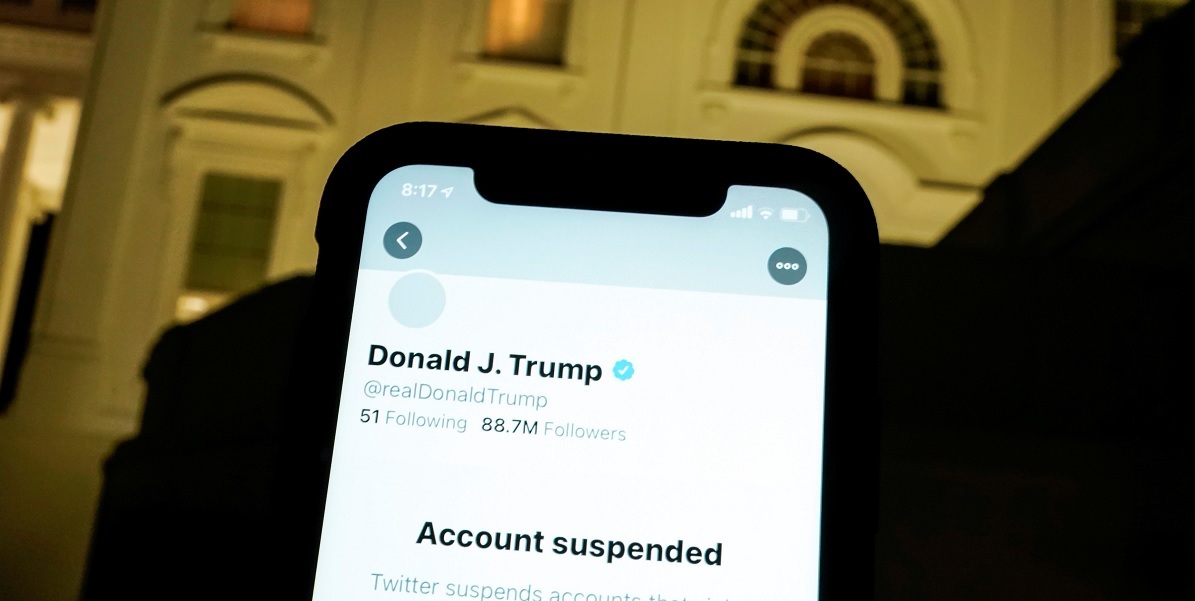 A photo illustration shows the suspended Twitter account of US President Donald Trump on a smartphone and the White House in Washington, US, January 8, 2021. Photo: REUTERS/Joshua Roberts/Illustration

After the chaos in the US Capitol, stoked largely by rhetoric from President Donald Trump, Twitter has permanently suspended his account, which had 88.7 million followers, citing “risk of further incitement of violence”.

Facebook and Instagram had earlier locked Trump’s accounts – with 35.2 million followers and 24.5 million, respectively – for at least two weeks, the remainder of his presidency. This ban was extended from 24 hours.

The locks are the latest effort by social media platforms to clamp down on Trump’s misinformation and baseless claims of election fraud.

In the video, Trump told the agitators at the Capitol to go home, but at the same time called them “very special” and said he loved them for disrupting the Congressional certification of president-elect Joe Biden’s win.

But as people across the world scramble to make sense of what’s going on, one thing stands out: the events that transpired on January 6 were not unexpected.

Given the lack of regulation and responsibility shown by platforms over the past few years, it’s fair to say the writing was on the wall.

The real, violent consequences of misinformation

While Trump is no stranger to contentious and even racist remarks on social media, Twitter’s action to lock the president’s account is a first.

The line was arguably crossed by Trump’s implicit incitement of violence and disorder within the halls of the US Capitol itself.

Nevertheless, it would have been a difficult decision for Twitter (and Facebook and Instagram), with several factors at play. Some of these are short-term, such as the immediate potential for further violence.

Then there’s the question of whether tighter regulation could further incite rioting Trump supporters by feeding into their theories claiming the existence of a large-scale “deep state” plot against the president. It’s possible.

But a longer-term consideration – and perhaps one at the forefront of the platforms’ priorities – is how these actions will affect their value as commercial assets.

I believe the platforms’ biggest concern is their own bottom line. They are commercial companies legally obliged to pursue profits for shareholders. Commercial imperatives and user engagement are at the forefront of their decisions.

What happens when you censor a Republican president? You can lose a huge chunk of your conservative user base, or upset your shareholders.

For them, it’s risky to censor a head of state when they know that content is profitable. Doing it involves a complex risk calculus – with priorities being shareholders, the companies’ market value and their reputation. 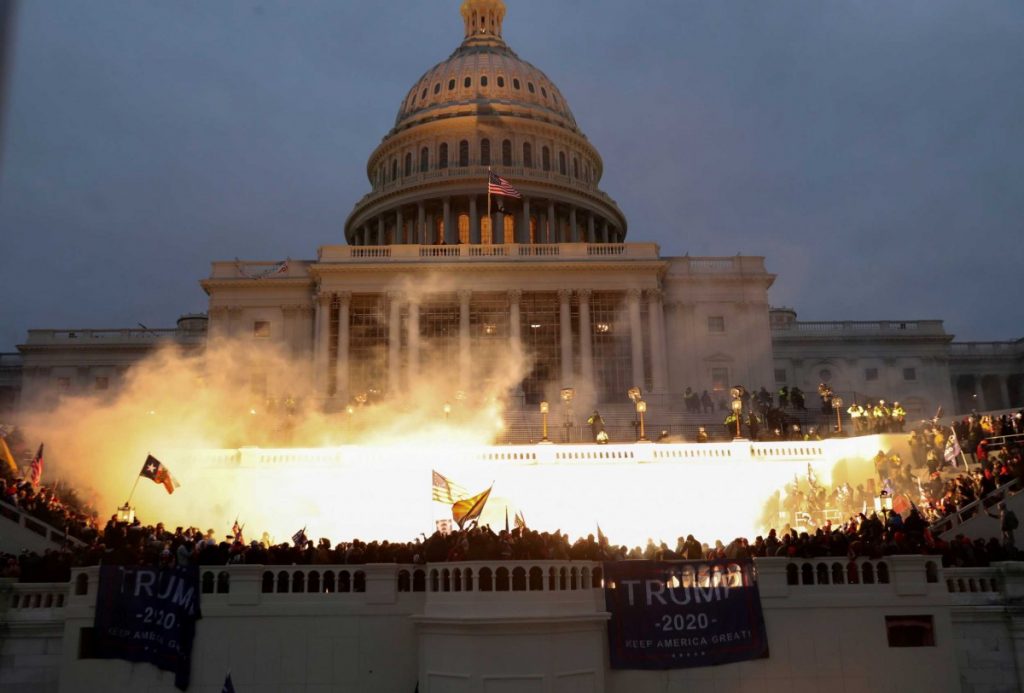 An explosion caused by a police munition is seen while supporters of U.S. President Donald Trump gather in front of the U.S. Capitol Building in Washington, U.S., January 6, 2021. Photo: Reuters/Leah Millis/File Photo

The platforms’ decisions to not only force the removal of several of Trump’s posts but also to lock his accounts carries enormous potential loss of revenue. It’s a major and irreversible step.

And they are now forced to keep a close eye on one another. If one appears too “strict” in its censorship, it may attract criticism and lose user engagement and ultimately profit. At the same time, if platforms are too loose with their content regulation, they must weather the storm of public critique.

You don’t want to be the last organisation to make the tough decision, but you don’t necessarily want to be the first, either – because then you’re the “trial balloon” who volunteered to potentially harm the bottom line.

For all major platforms, the past few years have presented high stakes. Yet there have been plenty of opportunities to stop the situation snowballing to where it is now.

From Trump’s baseless election fraud claims to his false ideas about the coronavirus, time and again platforms have turned a blind eye to serious cases of mis- and disinformation.

The storming of the Capitol is a logical consequence of what has arguably been a long time coming.

The coronavirus pandemic illustrated this. While Trump was partially censored by Twitter and Facebook for misinformation, the platforms failed to take lasting action to deal with the issue at its core.

In the past, platforms have cited constitutional reasons to justify not censoring politicians. They have claimed a civic duty to give elected officials an unfiltered voice.

This line of argument should have ended with the “Unite the Right” rally in Charlottesville in August 2017, when Trump responded to the killing of an anti-fascism protester by claiming there were “very fine people on both sides”.

An age of QAnon, Proud Boys and neo-Nazis

While there’s no silver bullet for online misinformation and extremist content, there’s also no doubt platforms could have done more in the past that may have prevented the scenes witnessed in Washington DC.

In a crisis, there’s a rush to make sense of everything. But we need only look at what led us to this point. Experts on disinformation have been crying out for platforms to do more to combat disinformation and its growing domestic roots.

Now, in 2021, extremists such as neo-Nazis and QAnon believers no longer have to lurk in the depths of online forums or commit lone acts of violence. Instead, they can violently storm the Capitol.

It would be a cardinal error to not appraise the severity and importance of the neglect that led us here. In some ways, perhaps that’s the biggest lesson we can learn.