An examination of the Swachh Bharat and Pradhan Mantri Awas Yojana websites show how, despite the promises of Digital India, the government is turning the clock back on meaningful transparency. 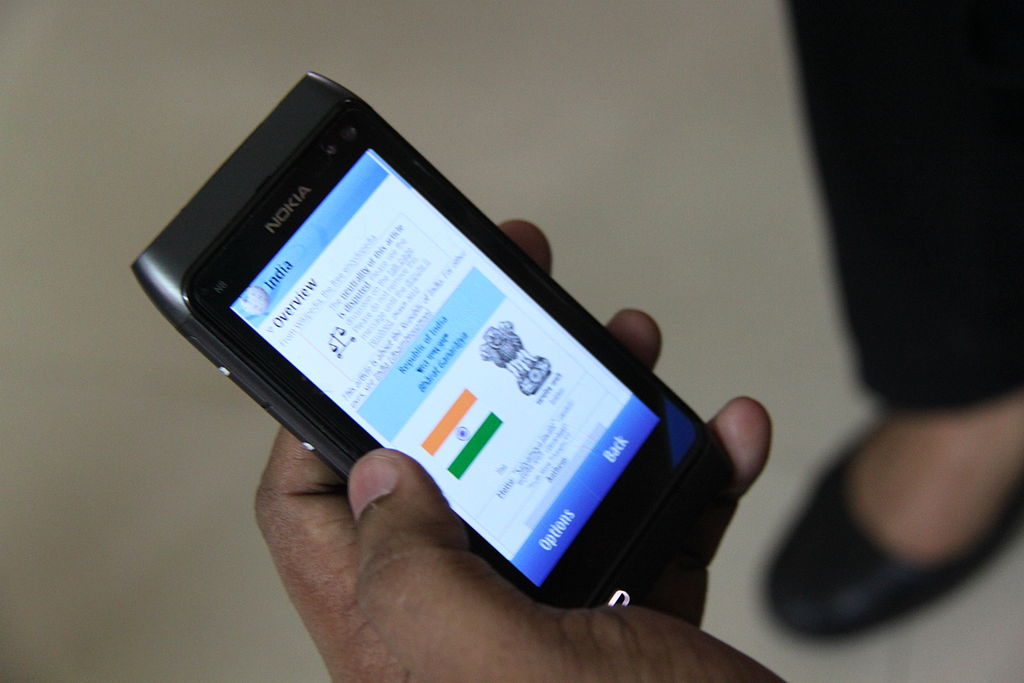 Every public authority needs to ensure the cataloguing and computerisation of all records and ensuring access. Credit: Wikimedia Commons

Access to information is a key pillar of democracy, especially in times of increased outreach and connectivity.  According to the legal mandate of the Right to Information Act, every public authority needs to ensure the cataloguing and computerisation of all records and ensuring access through interoperable networks.

A key pillar for the National Democratic Alliance government’s flagship Digital India programme is also to facilitate the proactive release of data and information of all the ministries/departments for use, reuse and redistribution.

How well has the implementation of this rule been true to the government’s claims? To find out, we conducted a comparative analysis of the information publicly disclosed by three major flagship schemes –the Mahatma Gandhi National Rural Employment Guarantee Act 2005 (MGNREGA), Pradhan Mantri Awas Yojana-Gramin (PMAY (G)), and Swachh Bharat Mission-Gramin (SBM (G)). These three schemes promise employment, affordable housing and sanitation, respectively.

We selected three domains to conduct this study: financial indicators, performance indicators and information accessibility for various stakeholders, beneficiaries and administrators. For the purposes of this study, both the website and management information systems (MIS) of the aforementioned welfare programmes are taken into account. The MIS is a digitised database that stores and disseminates information to support the decision-making of the different stakeholders at every level of management.

The study analysed whether the following empirical parameters were addressed in this system: details of budgetary allocations, specific performance indicators, disaggregated beneficiary information to enable monitoring of entitlements and overall user friendliness. We also examined the proactive disclosure of information from different points of view including: a central administrator analysing the performance of the scheme; a local government body implementing the scheme; and most importantly, a beneficiary accessing the scheme.

The total budgetary allocation for MGNREGA is available in the MIS financial statement. The statement also contains the total release of funds from Centre and state governments, total availability and total expenditure annually. The annual fund transfer details under MGNREGA are traceable to the panchayat level. The financial sheet also mentions cost analysis of providing job per person, per day along with material and administrative costs incurred under the scheme. In short, every rupee is accounted for.

However, in case of PMAY (G), the only financial indicator available in the public domain is total state-wise allocation and its utilisation statistics. 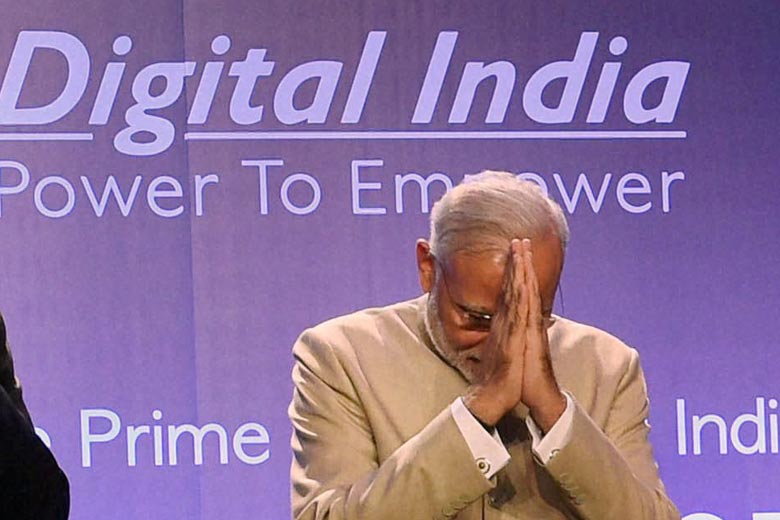 In Pradhan Mantri Awas Yojana (Gramin) though there are specific stakeholder portals, there is no such information available in the public domain. Credit: PTI

In case of SBM (G), the financial allocation details of both the Centre and the state are not available on the MIS website. Furthermore, there is no information available in the public for tracing fund allocation, release, expenditure, and utilisation patterns for the latter two schemes. On the other side, in MGNREGA, the financial progress is available in the detailed categories traceable even up to the panchayat level.

In MGNREGA, the key physical performance parameter is employment generation data. The number of work days generated annually (by financial year) is given along, also disaggregated by categories such as persons with disabilities, Scheduled Caste/Scheduled Tribe people and women. The demand and generation details of employment for every financial year are available and traceable up to the panchayat level. A unique identification number used to track MGNREGA data is job card number/muster roll number. The interface of MIS is such that it is easier for a central administrator to understand the overall picture of employment generation at various decentralised governance systems along with details of areas, where unemployment rates are the highest.

In PMAY (G), the Ministry of Rural Development (MoRD) has a fixed performance target: number of houses. For monitoring these performance indicators, it is possible to see the Central and state targets along with actual performance of construction. Fund transfer history for the constructed houses under PMAY (G) is accessible in various instalments traceable to panchayat level, beyond which it is also possible to find details of beneficiaries who have built house with the scheme.

In SBM (G), the website gives an overall picture of the number of toilets built since 2014 and the number of toilets built in the current financial year. The website, however, does not give a picture of an annual target and gives a vague portrayal on household coverage. There is no information to capture demand and coverage statistics do not go beyond the block level.

The MGNREGA MIS caters to different stakeholders like citizens, gram panchayats, block/district administrations, states, MoRD and other implementing agencies, individually in a streamlined fashion. For a citizen availing the benefits, details of entitlements are clearly available on the website. With a job card as a unique ID, citizens can check demand for work details, work allocation, fund transfer details, and muster roll data. The accountability to citizens here is ensured through the availability of a receipt for demand signed by panchayat secretary, pay slips and the muster roll information.

The muster roll also contains the details of the expenditure incurred for the particular work, mentioned via an asset register that contains specific information like expenditure on material, measurement book and wage list. The fund transfer can also be tracked along with detailed expenditure patterns and wage list number. The single window interface also enables reports made at each stakeholder level accessible to public. The social audit reports traceable to panchayat level are also accessible in the public domain.

In PMAY (G) though there are specific stakeholder portals, there is no such information available in the public domain. However, details of beneficiaries can be tracked via a rural housing report. Unlike MGNREGA MIS,  where all citizen-specific information along with cost accountability details are accessible to public, no such accountability measures are linked with PMAY (G).

There are no stakeholder reports and social audit reports available on the Swachh Bharat (Gramin) MIS website.

For SBM (G), details of beneficiaries cannot be tracked in the public domain. There are no stakeholder reports and social audit reports available on its MIS website. However, the Swachh Bharat App has overall household-level latrine coverage details. Based on a unique family ID, toilets constructed are traceable to beneficiary level. Unlike these two welfare programmes, there is unique and easy to access information in MGNREGA MIS in quick-fix method through detailed options.

Beyond the buzzword of transparency

Based on this analysis, it can be clearly seen that MGNREGA stands unparalleled in its proactive disclosure framework. The website and MIS is extremely streamlined and accessible to multiple stakeholders. Its user-friendly nature and accessibility enables a beneficiary, even with a bare minimum knowledge of technology, to access all information under a single umbrella.

Though PMAY (G) has a structured physical and financial progress reports drillable to the panchayat level, the citizen-centric interface is not easily accessible in the public domain. Compared with MGNREGA, which has micro details like cost analysis and expenditure structure incurred by the government to give beneficiary’s entitlements, PMAY (G) and SBM (G) do not give a holistic picture.

Although the SBM (G) website is ‘fancier’, we found it least transparent as there is a significant lack of information as compared to data provided in the other two websites. Even in terms of grievance redressal, MGNREGA has an inbuilt grievance form – which has clearly indicated options and with complete disclosure of individual grievances and intermediate actions taken on them. In the other websites, the grievance is redirected to another external website and there is no disclosure of grievances publicly.

The success story of MGNREGA MIS is the result of efforts of linking each action, to a document which is generated online or else digitised and an investment in human and financial resources to do so. The nature of proactive disclosure in the MGNREGA website makes it easier to track the scheme, using both top-down and bottom-up lens, in a hassle free manner.

Ironically, MGNREGA has been the most complex programme with the largest budget and multiple processes.

The success of MIS also has been a result of action of civil societies, political and bureaucratic will and citizen awareness. Digital India itself should go beyond dazzling websites and untraceable numbers to add substance and become a method of truly transparent information dissemination.