A new 'virtual ID' and 'UID token' system will roll out from March 2018 in an attempt to crack down on privacy violations by errant private enrolment partners and authentication agencies. 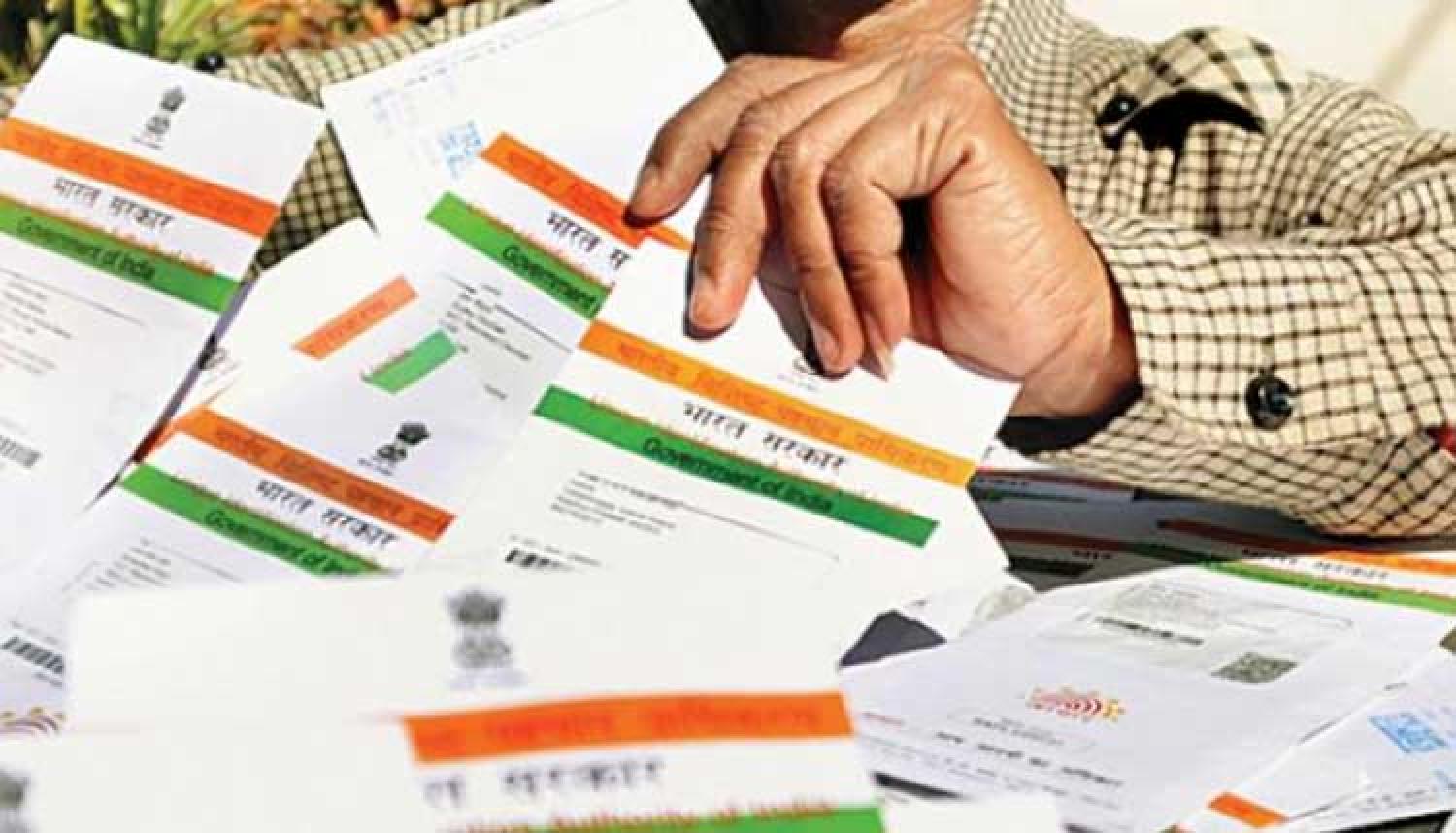 Like how the UPI system works for bank transfers, the UIDAI hopes the virtual ID will allow users to no longer hand over their Aadhaar numbers. Credit: Reuters

New Delhi: A new sweeping two-tier security system for the Aadhaar programme was announced by the Unique Identification Authority of India (UIDAI) on Thursday, weeks after a wave of data breaches and leaks raised fresh privacy and security concerns.

The second, according to an IT ministry notification, is the creation of a “limited KYC (know your customer) service” that will purportedly prevent agencies from storing Aadhaar numbers during the paperless KYC process.

Also read: What UIDAI Needs To Clarify After the Latest Aadhaar Data Leak

The UIDAI notes that it is “not possible” to derive the Aadhaar number from the VID and that it can be generated through the “UIDAI’s resident portal, an Aadhaar enrollment centre and the mAadhaar mobile application”.

According to government officials The Wire spoke to it will essentially work like an UPI ID, which maps to a person’s bank account number.

The other concerning privacy issue is how authentication user agencies (AUA) store a person’s Aadhaar number during the paperless or eKYC process.

“While VID allows Aadhaar number holders to avoid sharing Aadhaar number, storage of Aadhaar numbers within various databases also needs to be further regulated. Limited KYC will allow agencies to do their own paperless KYC process without access to the Aadhaar number,” the notification states. 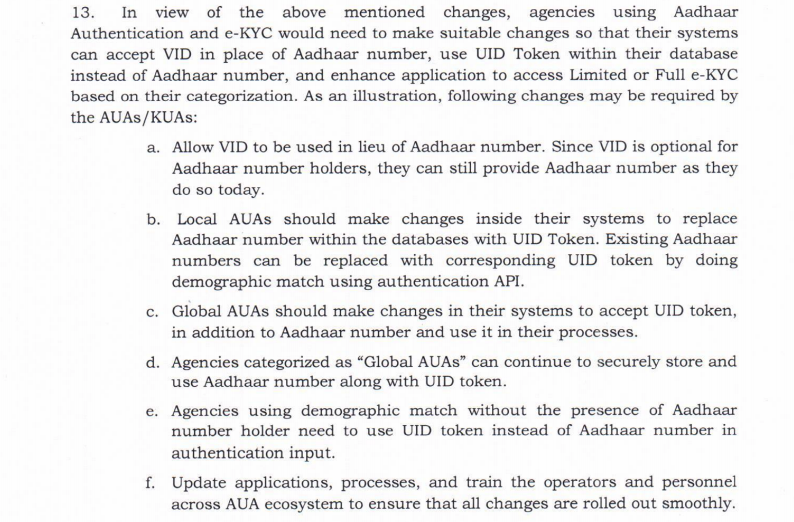 A screenshot of the UIDAI notification. Credit: The Wire

UIDAI plans on categorising all AUAs into two categories – global AUAs and local AUAs. The latter will only be allowed to initiate limited KYC processes.

Essentially, local AUAs will carry out the same KYC process but do it with an “unique UID token” instead of an Aadhaar number.

“UID token allows an agency to ensure uniqueness of its beneficiaries, customers etc without having to store Aadhaar number in their databases while not being able to merge databases across agencies thus enhancing privacy. All agencies should use UID tokens within their system” the notification states.

Crucially, however, global AUAs will not need to adhere to the token system. When they perform authentication requests will be given the Aadhaar number and a token.

The UIDAI plans on rolling out “necessary APIs with implementation” by March 1, 2018 and all agencies will have to migrate to the new system by June 1, 2018 failing which their authentication services will be discontinued.