COVID-19 and WhatsApp Fuel Surge of Fake News in India

A survey found that around 30% of Indians used WhatsApp for COVID-19 information, while 13% of respondents said they never fact-checked messages before forwarding on the messaging app. 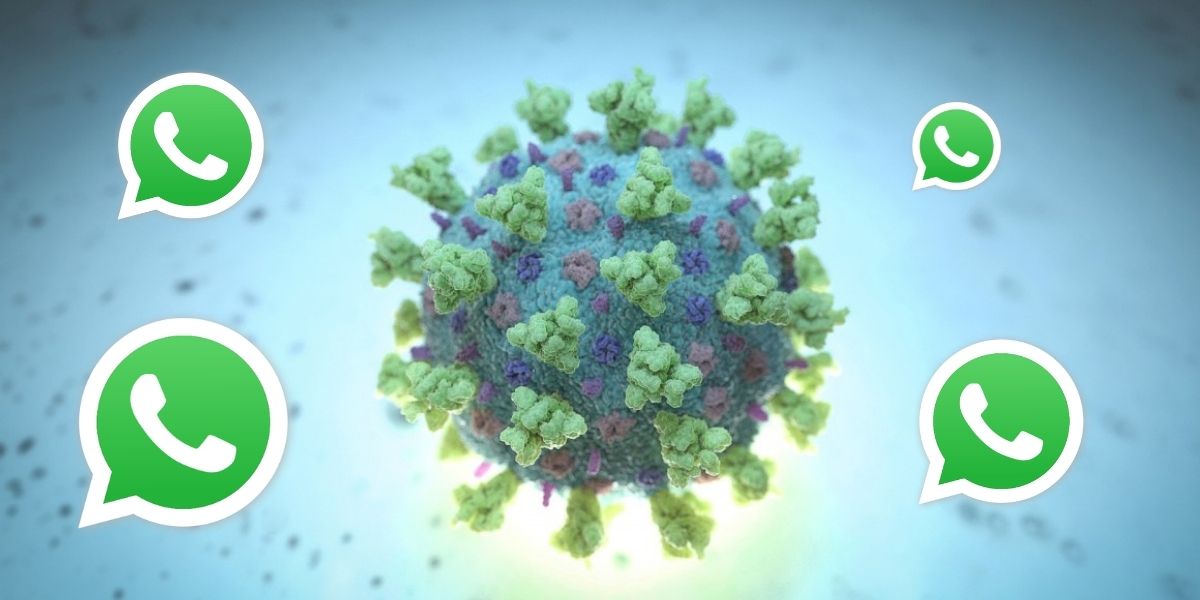 With a new wave of COVID-19, a new surge of fake news also washed over India. A scientific study carried out by doctors from Rochester, New York, and Pune, India, and published in the peer-reviewed Journal of Medical Internet Research gives some insights into the behaviour of Indian internet users during the pandemic on one of the prime sources of COVID-19 misinformation in the country, WhatsApp.

The survey found that around 30% of Indians used WhatsApp for COVID-19 information, and just about as many fact-checked less than 50% of messages before forwarding them. 13% of respondents even said that they never fact-checked messages before forwarding on WhatsApp. According to the report, a minority of users were responsible for the bulk of forwarding, however. Only 14% forwarded three or more messages a day, and only 5% forwarded nine or more.

The survey also looked at age groups and found that those over the age of 65 were more likely to receive misinformation and were also more likely to believe and act on it, while this was least likely for those under the age of 25. As a result, between 24 and 27% of respondents said they had considered using herbal, ayurvedic or homeopathic COVID-19 remedies. Between 7-8% said they had actually tried them, while 12% had experimented with home remedies.

Three-quarters of Indians found that an attached link or mention of a source made a message more trustworthy – even though this does not necessarily make a claim legitimate. Only a third of Indians said that they trusted messages from a known sender more than from an unknown one. 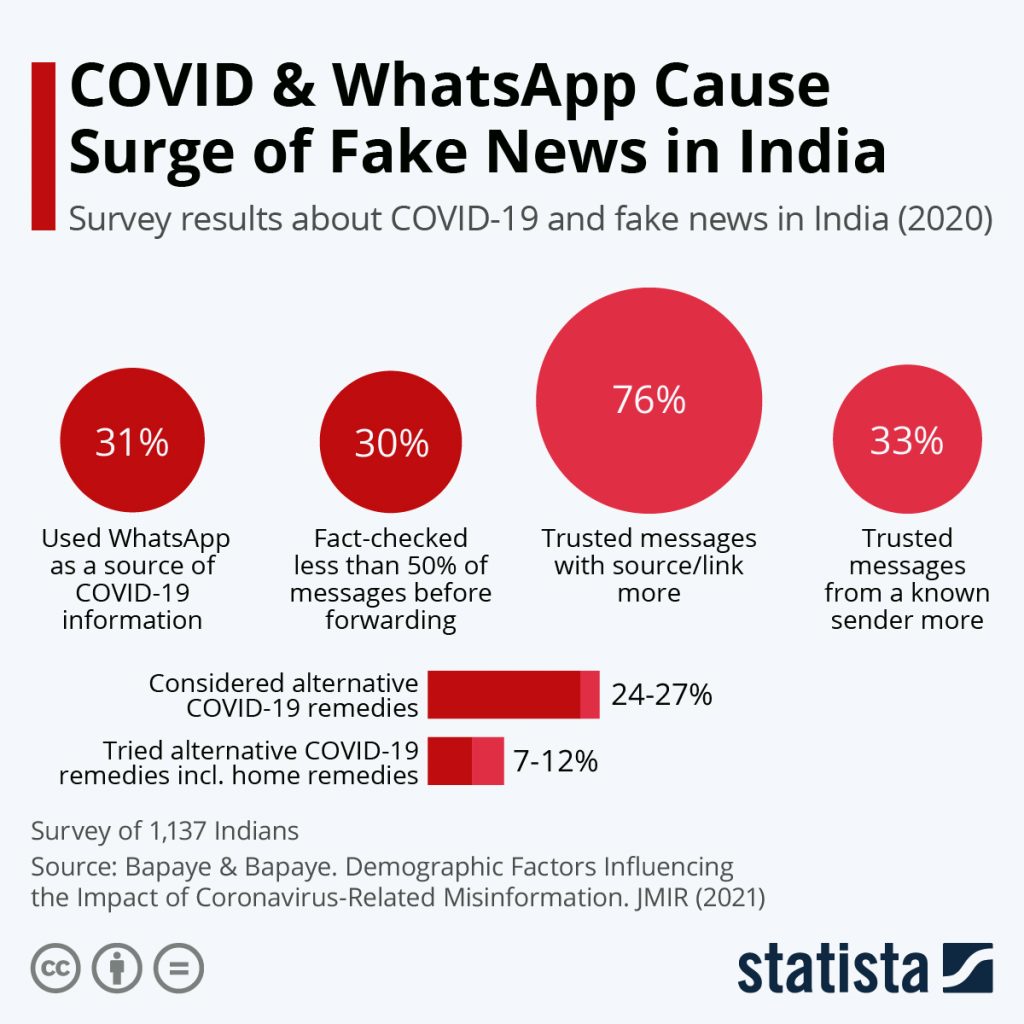