The Kerala Water Authority today signed an MoU for transfer of technology of 'Bandicoot', a robot developed by startup firm Genrobotics. 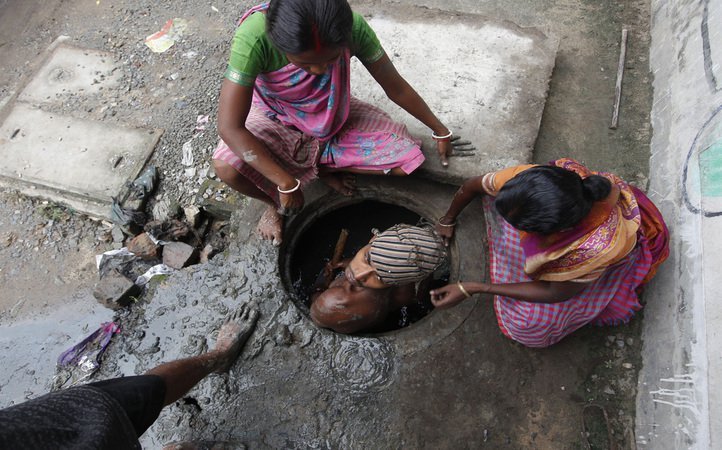 Thiruvananthapuram: Robots will soon replace men in cleaning up sewer holes in Kerala, ending the age-old practice of manual scavenging in the southern state.

‘Bandicoot’, the robot developed by the startup firm Genrobotics, will be used for cleaning sewer holes.

The Kerala Water Authority (KWA) and Kerala Startup Mission (KSUM) today signed an MoU for transfer of technology and products, including use of the robots for the purpose. The MoU was signed between Kerala Water Innovation Zone under KWA and KSUM at the Chief Minister’s office here, a statement said here.

‘Bandicoot’ will start its work, so far mostly done manually, by cleaning sewer holes in the city during the coming famed Attukal Pongala festival in Thiruvananthapuram in March, it said.

The robot has four limbs and a bucket system attached to a spider web looking extension, which can go inside the manhole. After shovelling the heap of garbage at the bottom of the manhole, it will be collected by using the bucket system before lifting it upward. It also has Wi-Fi and bluetooth modules, it said.

KSUM had funded for the project by Genrobotics, which conducted a field study to find a solution for manual scavenging. Genrobotics is planning to market the product within six months. It has already got enquiries from states like Tamil Nadu to take it to the national-level.

The robot is powered by pneumatics (using gas or pressurised air) since using heavy electronic equipment inside is risky as they can react with the explosive gases present in the manhole.

Meanwhile, KWA is also also conducting research on the issue following the Chief Minister’s instruction to find a remedy for it.

The KSUM is a nodal agency of the Kerala government for entrepreneurship development and incubation activities in the state.