Which Sporting Events Are Seen Most Positively in India?

The results of an ongoing survey and index published by YouGov India show that Indians think most positively about cricket, soccer and also Indian contact team sport Kabaddi. Positive attitudes towards cricket registered highest, with the Indian Premier League and the ICC Cricket World Cup in the lead of the survey. Excitement about the soccer World Cup came next, followed by the Pro Kabaddi League with 23 out of 100 possible index points. Indian Super League soccer, the Asian Games, Wimbledon and Wrestling round off the top 8.

Still very much unknown outside of India, Kabaddi is played in two teams of seven players each. The teams take turns sending one player into the opposing team’s half to tag as many rival players as possible without being tackled.

YouGov weighted positive attitudes towards the leagues and sports events against negative ones to arrive at their index scores. 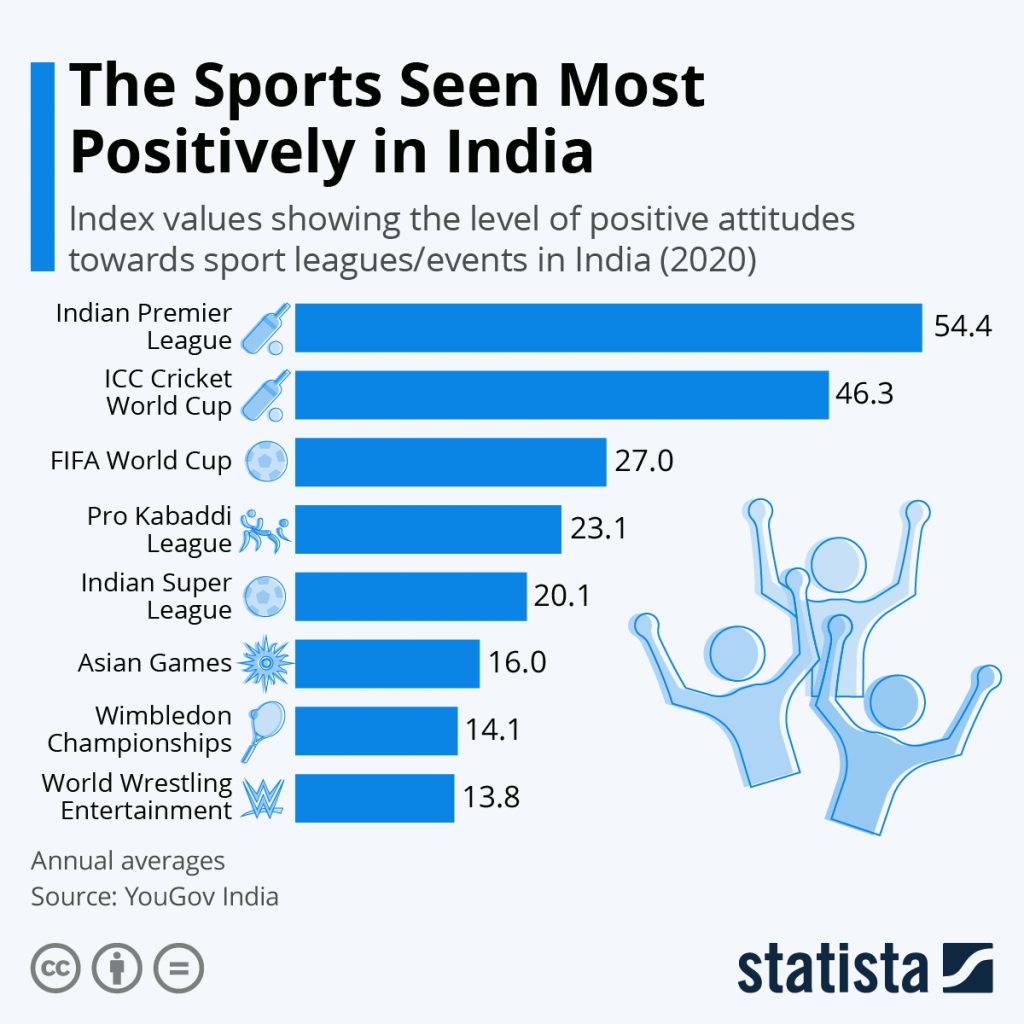