The Many Heartwarming Stories From India's Commonwealth Games Medallists

It may not be possible to list and mention winners of each of the 61 medals in a single page, but each medal was a worthy one. 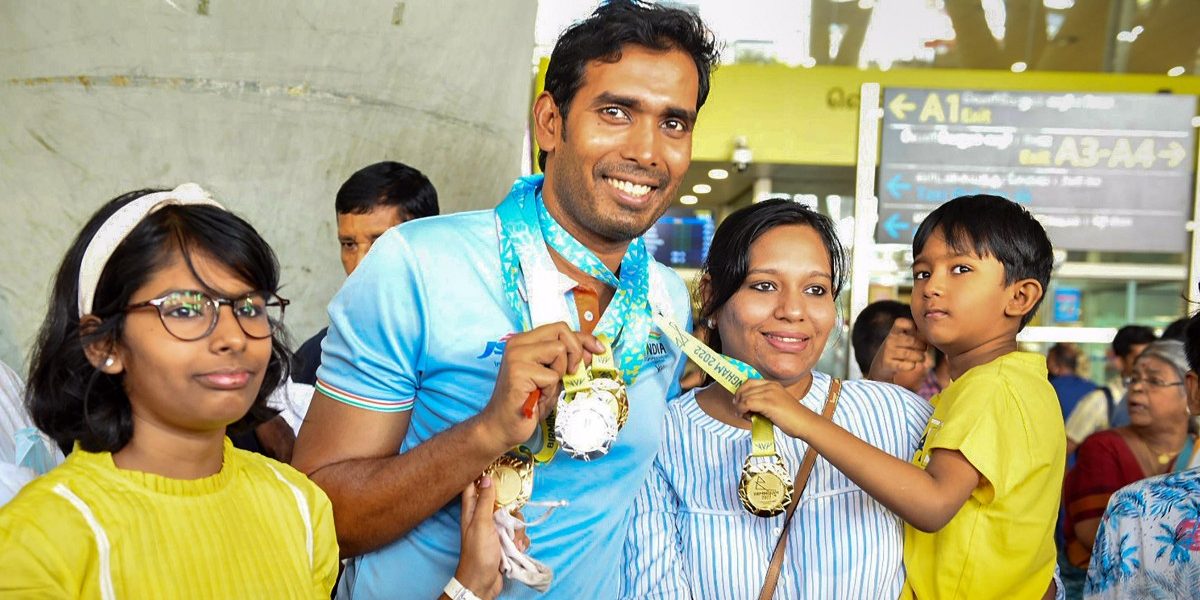 Birmingham: Awe-inspiring and heart-warming, a bunch of young men and women raised the hopes of a nation where sport gets little mention, especially if it is not called cricket, and made for an amazing 12 days in Birmingham, where South Asians abound, and Indian food is as easily available as in Chandni Chowk.

The hardened variety in sport never say ‘won silver’; they always call it ‘lost gold’. But an exception needs to be made in the case of Avinash Sable. He did not just win silver, he ‘snatched’ it from the Kenyans, who seem to have a proprietary right over the 3,000m steeplechase.

Few sights could have been as breathtaking as that of an Indian blue shirt (Sable) keeping pace with a pack of Kenyans red-and-black in a 3,000m steeplechase run. On that evening in the Alexander Stadium in Birmingham, Sable pressed a pause button in the Kenyan domination of an event considered one of the most gruelling in track and field. He took silver in an event, where no one other than a Kenyan had stood on the podium since August 1994. For the record, Sable was born in September 1994. 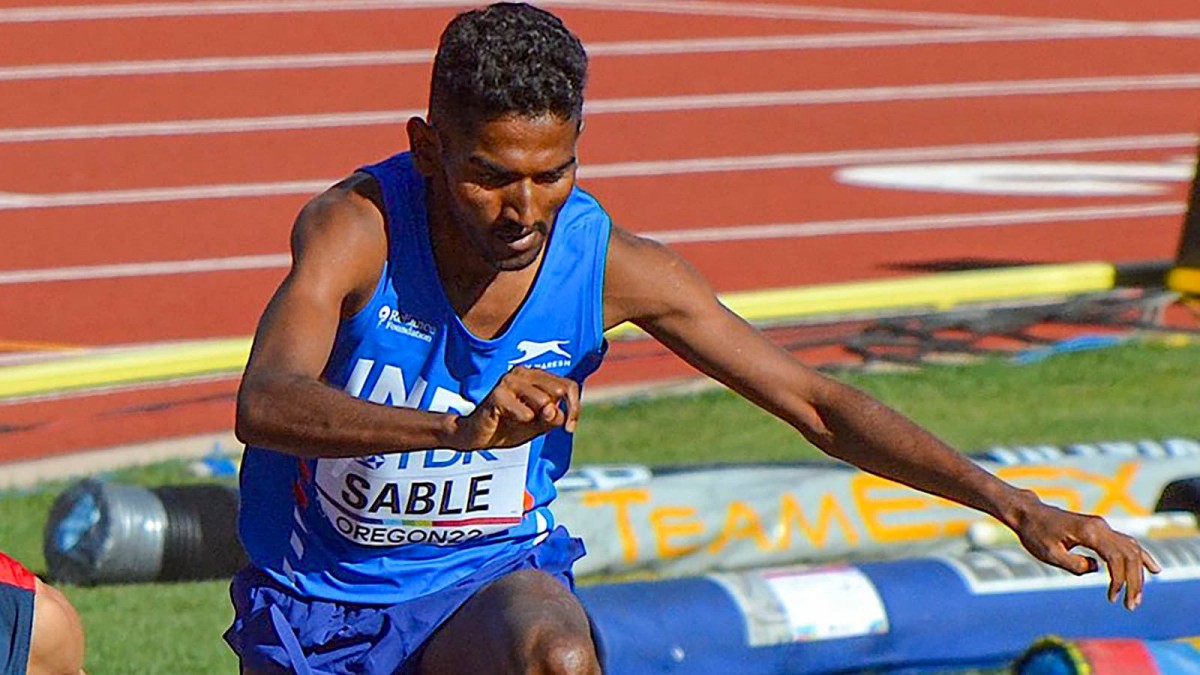 For Sable, who hails from Beed, nothing in life has come easy. Coming from a family of farmers, he would run almost six kilometres to school at the age of six. He joined the Army and served in Siachen, the deserts of Rajasthan and Sikkim, and took to athletics only because his colleagues felt he would do well. He did.

As he progressed, national records fell as quickly as leaves in autumn and then in Birmingham a mere five-hundredths of a second separated him from doing the unthinkable – beating all the Kenyans in a 3,000m steeplechase run. That too will come, promised Sable.

Long jumper Murali Sreeshankar is not yet a household name, but he could be soon. His best jump was the same as the winner, Bahamian LaQan Nairn, but was pushed down to silver because his second jump was less than Nairn’s second best. So the top medal was lost because of the second-best jump. Irony!

Sable’s run and Sree’s jump were just two silver medals of the 61 medals, but each had a story of its own.

Tough as it is to pick a few good apples from a bumper harvest, each fruit was special. It was a glorious fortnight.

For a nation dependent on shooters for a large chunk of medals, the banishing of the sport from the programmes was a big blow – shooting provided 16 of the 65 medals, including seven of the 25 gold, four years ago in Gold Coast. Yet in 2022 India had 61 medals – 22 gold, 16 silver and 23 bronze. It put India fourth on the medals tally.

Olympic silver medallist Mirabai Chanu, the nation’s favourite pocket dynamite, the cherubic and smiling Jeremy Lalrinnunga, who kept falling and rising, and Achinta Sheuli, whose rose from doing delicate embroidery work to augment family income to lifting insane weights two and two-and-a-half times his own body weight. With TV and media digging up their life stories, these stars from the backwaters of India held centerstage in a country where cricket and politics rule the roost.

What a relief they provided to our desperate pandemic-hit pathetic lives!

Back in 2008, wrestler Sushil Kumar gave Indian media persons a lesion in ‘sporting terms’ by losing his first bout of the day and taking bronze by the end of the same day. He taught us what a ‘repechage’ meant in certain sports, where first round losers still have a medal chance!

Similar was the case with Lawn Bowls, a genteel English game played in the countryside with a gin and tonic lying on a nearby table. Lovely Choubey, Rupa Rani Tirkey, Pinki Singh and Nayanmoni Saikia gave India a gold medal from the ‘Fours’ event at Victoria Park in Leamington Spa, some 30 miles away, which by far was the most relaxed and prettiest venue of the Games. The champions taught ‘know-all’ scribes the nuances of a 1.5 kg lawn bowl, which is heavier on one side and a ‘target yellow ball’ called ‘Jack’. Roll it gently on the carpet-like green and get close to the ‘Jack’, dear! That’s the name of the game. In a matter of days, we started expecting a similar gold from the men’s Fours, that a team comprising a pilot-to-be student of one of the gold medallists of the women’s fours, two policemen and a physical education teacher, stunned teams like England and Wales before losing to Northern Ireland in the final. “Now I can go for my job interview,” said the pilot-to-be Navneet Singh, while policemen Sunil Bahadur and Dinesh Kumar looked forward to out-of-turn promotions and Chandan Singh, his face a picture of earnestness, dedicated the medal to his grandfather, who fought the British in the pre-Independence era. What a story!

It may not be possible to list and mention winners of each of the 61 medals in a single page, but each medal was a worthy one.

There was Vinesh Phogat’s wrestling gold, which wiped away the tears of 2016 when she lay writhing in pain after an injury in the Rio de Janeiro Olympics – “I had started doubting myself and did not want to meet anyone,” she would recall. She had a gold again and delved into her memory to learning how to smile once again.

No Indian bunch from a single sport at a CWG gives a ‘cent-per-cent’ record like the wrestlers do. Twelve men and women and 12 medals – six of them gold – four from men and two from women. They did that four years ago, too, but had five gold in 2018 and six in 2022.

Olympic medallist Bajrang Punia, just 28, rises in stature with every fight and is mindful of his status as the ‘senior’ man in the league of Indian matmen. Sakshi Malik is back again after a ‘low’ following her 2016 Olympic bronze.

Weightlifter Jeremy is a kid, just 19. His smile is infectious. He fell and our hearts sank. He rose and so did our hopes. He won a gold and suddenly we start imaging the gold is around our necks, too. The tiny Mirabai packs power like a dynamo and Achinta Sheuli lifted the barbell and changed his life. The other six lifters, who won silver and bronze, too, gave limitless joy.

Tulika Maan, a name unfamiliar even for most passionate sports followers, is another great story. Hailing from a broken family, she lost her father in an unnatural death while still young. She was raised by a single mother, a policewoman, who did not want a police station as a semi-creche for her daughter and so put her in sport – judo. She lost more than 25 kg to gain agility. The same Tulika is now a silver medallist at the Commonwealth Games. But she cried incessantly after losing the final, saying, “I did not come for a silver. I wanted gold.” Who says Indian sportspersons lack ambition and belief? “I will not rest till I win gold,” she said through her tears. 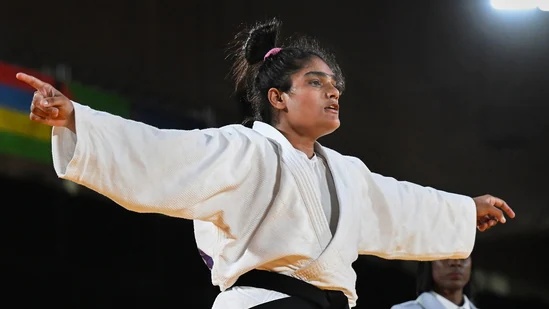 The badminton squad shuttled between agony and ecstasy. They gave away the gold they were defending to Malaysia. A silver, yes a silver, seemed hard to swallow. But when time came for the Grand Finale in the individual events – they brought the house down.

P.V. Sindhu, who possesses a massive collection of silver medals – ranging from South Asian Federation Games to Olympic Games with Asian and Commonwealth Games thrown into the bowl – finally stood atop the summit. “Yes, this is like a new cycle starting. I have been waiting for this for long,” said Sindhu. And so were we.

Then Lakshya Sen, that new crowd-puller, who threw his racket, wrist bands and finally his sweat-soaked t-shirt into the stands, had the crowds eating out of his hand as he finally quelled that tenacious young Malaysian Ng Tze Yong, who twice beat India’s former World No. 1 Kidambi Srikanth in the same week.

Satwik Sairaj Rankireddy, whose name is so charming that commentators love saying it fully, and Chirag Shetty, are bouncy and irrepressible. They shout, they scream,and they smash. And they won gold in men’s doubles.

The men and women’s hockey teams and women’s cricket teams did their bit – they all did great and brought back medals.

Finally, for me, India’s ‘Man of the Games’ was Sharath Achanta Kamal. He celebrated his 40th birthday last month and can’t decide whether to carry on and be on the road he has travelled so well or stay home with his family. Playing his fifth Commonwealth Games, he won four medals, including three gold. He now has 13 medals from his CWG career that started in 2006 – some of his TT colleagues were not even born or were mere toddlers then. He won his second singles gold, 16 years apart.

Don’t tell me age is just a number; saying it is a mere cliché. But doing it – that’s something else.

Sharath called it “the best two weeks of my life” and then he looked away – tears welled up in his eyes. He was living his dream.