In August, the Taliban had said they would not interfere with the Afghan men's national cricket team or stop the expansion of the flagship Twenty20 league. 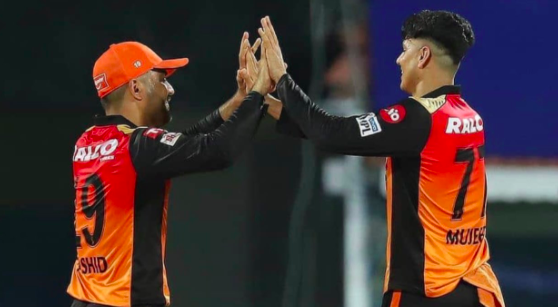 New Delhi: The Taliban, reports have said, have banned the broadcast of the Indian Premier League in Afghanistan, citing presence of “anti-Islam content,” the fact that women with their hair uncovered will be present in stadiums where matches will be held and that there will be dancing.

Afghanistan national 📻 📺 will not broadcast the @IPL as usual as it was reportedly banned to live the matches resumed tonight due to possible anti-islam contents, girls dancing & the attendence of barred hair women in the 🏟️ by Islamic Emirates of the Taliban. #CSKvMI pic.twitter.com/dmPZ3rrKn6

Ridiculous: Taliban have banned the broadcasting of Indian Premier League (IPL) in Afghanistan.
Taliban have warned that Afghan media outlets should not broadcast the Indian Cricket League due to girls dancing and the presence of female audience and spectators in stadiums.

In August, the Taliban had said they would not interfere with the Afghan men’s national cricket team, the country’s biggest sporting success of recent years, or stop the expansion of the flagship Twenty20 league.

Afghanistan Cricket Board head of media operations Hikmat Hassan had told Reuters in August that Afghanistan’s own domestic version of the IPL, the “Shpageeza Cricket League” (SCL), a competition named after the Pashto language word for a six, would be an opportunity for the country to come together.

The fate of much more modest women’s cricket programmes is, of course, unclear.

AFP had reported last week that Afghanistan’s new sports chief had announced that the Taliban will allow 400 sports – but declined to confirm if women can play a single one.

Four top billed Afghanistan cricketers have been acquired by IPL teams for the 2021 season. They are Rashid Khan – one of the world’s top rated Twenty20 bowlers – Mohammad Nabi, Zahir Khan and Mujeeb Zadran.

The IPL is currently underway across stadiums in Dubai, Abu Dhabi and Sharjah.

Some Taliban officials had attempted to portray the group as willing to allow more freedoms for women than previously now that they are back in power. But latest reports show what many Afghans fear – that this is a facade.