It's Time To See Sport for What it is – Not Separate from Politics, Economics or Culture

Now is the time to visualise an alternate vision for the world. Sport can be a useful ally in that endeavour, but that can only start if we see sport in a more realistic light. 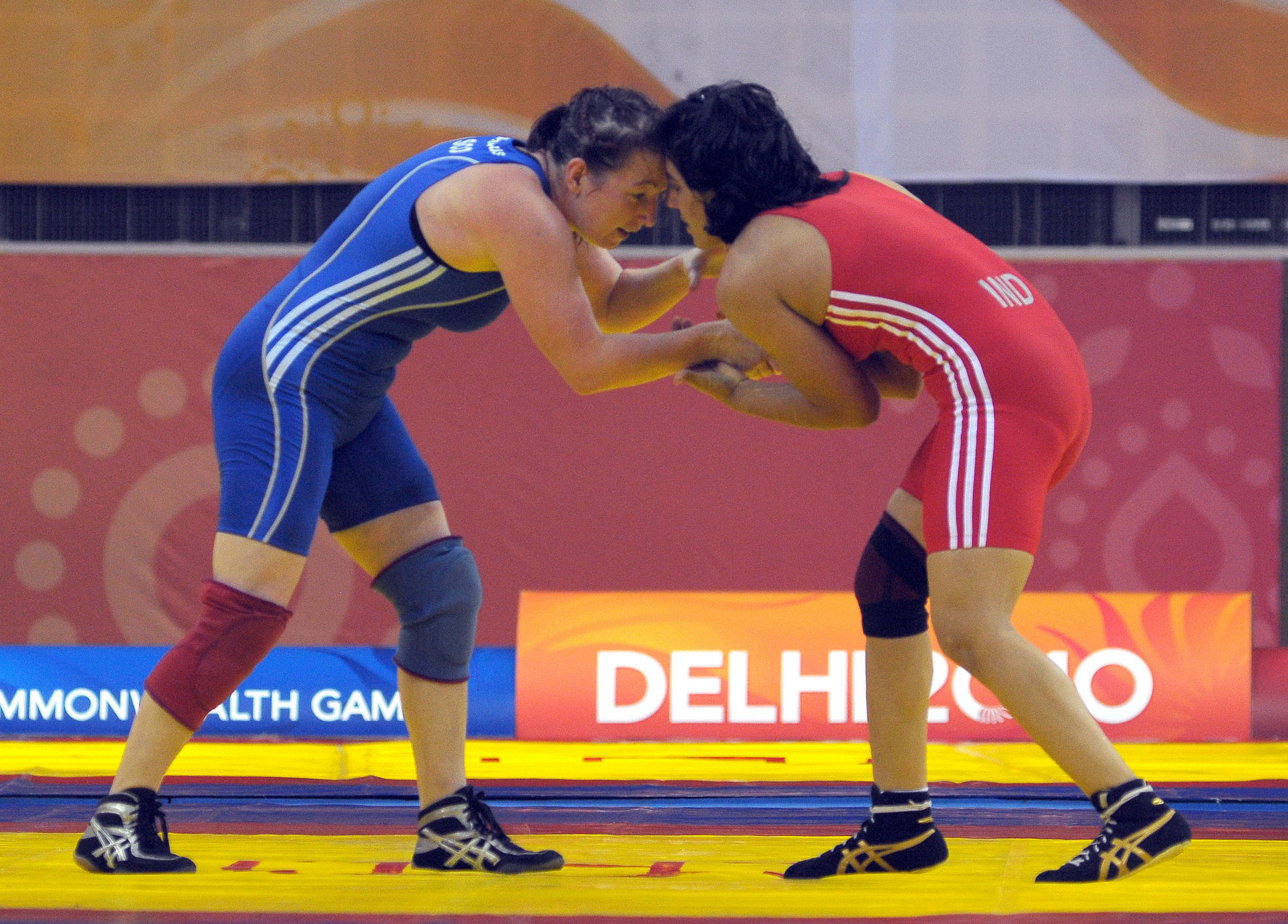 In a provocative blog post at the start of this year, Simon Barnes had prophesied the death of sport. He identified corruption as its biggest threat, claiming that sport was losing the values that were indispensable to its character. Namely, five of them: Innocence, Meaning, Belief, Trust and Faith. Those values, he thought, were irretrievably sliding away from sport.

So, should we add sport to the list of illustrious names which passed away this year? Was 2016, that diabolical force which has been painted as the biggest threat to humanity since 2015, successful in adding sport to its death count? Has sport lost something irretrievable? What do we have now, then? What do we call it?

Perhaps these are questions being pondered within the Indian context as well. The continued insouciance of the Board of Control for Cricket in India (BCCI), in the face of a Supreme Court judgment ordering an overhaul of the governing body, makes the problem clear. A lack of innocence has put belief, trust and faith in question. Consequently, it is tough to find meaning in the efforts driven by the current administration. There’s a sense of weariness, a crisis we had foreseen but never thought it would come to pass so swiftly.

Now that it stares us in the face, what are we supposed to do? Shrug and move on? Or is there hope after all? The Lodha Committee’s well-meaning intervention has provided the possibility of a new structure which would run cricket in India on fairer principles. Perhaps one still needs to be circumspect. But should we be circumspect because we have seen too many false dawns? Or will this false dawn make us more circumspect?

Questions galore. But in a year in which Indian sport surprised us in all sorts of ways, it is not a surprise that we are left with more questions than answers. It also makes us reconsider what is essential for the flourishing of the sporting ideal(s).

Only this week, we saw the elevation of the much-maligned Suresh Kalmadi and Abhay Singh Chautala to the role of Indian Olympic Association’s (IOA) ‘Life President’. While the subsequent outrage has rendered their newly acquired positions untenable, it does seem worrying that such a proposal was thought to be legitimate within the IOA quarters. Kalmadi and Chautala are facing charges of corruption during their tenure as IOA presidents but clearly that was not enough for them to be disqualified from contention for the posts.

Such brazenness only weakens the very foundations on which sport is supposed to be built. These incidents provide the motivations for someone like Barnes to despair about the unmaking of sport. Indeed, his fears are not entirely misplaced. Sport has suffered grievous harm in a year when a scandal-riven Olympics took place, sexism once again reared its ugly head and corruption seemed like an inseparable partner at every turn.

But perhaps sport needed the controversies and scandals. Far too often, it is painted as a realm that exists on a plane different from the business of ‘real life’. The blows taken by sport have offered a course correction. It needed to be made more real. It was necessary to put it on the same pedestal as politics and economics, among other things. May be only then could we hope to see it for what it is and address the threats that underlie it.

Only when we begin to accept that can we more clearly understand where sport stands and what it should stand for. While the latter is a question to ponder another day, we need to answer the former by understanding the political, cultural, societal and economic pressures now.

A successful sportsperson’s endorsement, due to the public lives they lead, carries currency that is unlikely to be demonetised anytime soon. But it can be exploited to support demonetisation and its attendant measures. We saw this in the wholehearted support expressed by Virat Kohli and it is a trend that has continued.

As an Indian Express report claimed earlier this week, the Niti Aayog and Sports Authority of India have joined hands to push the government’s drive towards a cashless economy. The likes of Abhinav Bindra, Gautam Gambhir and Yogeshwar Dutt have already acceded to their demands of social media promotion.

Then, of course, the desire to gain political mileage out of sportive relationships saw the overzealous bombardment of selfies by politicos and administrators during the Olympic Games in Rio de Janeiro. The social media blitz, however, was focussed on promoting only those who were able-bodied and successful. Sports Minister Vijay Goel came dangerously close to losing his accreditation at the Olympics when the Games’ organising committee found him guilty of bringing unaccredited aides with him. Of course, none of these sports lovers were seen at the Paralympics – where India finished with four medals, two of them gold.

The build-up to the Rio Games was also marked by internal bickering. The unfortunate Narsingh Yadav scandal ended in disgraceful circumstances when he was banned for four years, days before his Olympics campaign was to begin. Furthermore, India’s tennis campaign also came a cropper as the All India Tennis Association (AITA) once again announced pairings that had players who did not want to play with each other in fact playing with each other.

Yet, after the Olympics, there were happier tidings. The Indian cricket team extended its unbeaten run to 18 Test matches and claimed the top spot in International Cricket Council (ICC) rankings. Bengaluru FC became the first football side in the country to reach an Asian Football Confederation (AFC) tournament final. India also retained the Kabaddi World Cup.

But it was hockey that provided the headline success. India won the Men’s Hockey Junior World Cup this month, only for the second time ever. It was a victory that has once again given hope that the Indian men’s side could emulate its past glories. The optimism is boosted by the performance at Champions Trophy earlier this year, when the national side made its maiden final appearance. Further, the men’s and women’s Indian teams also claimed the Asian Hockey Champions Trophy.

So, do on-field successes save sport? Has its demise been errantly predicted? Perhaps so. But we need to be alive to the dangers that are alive and well. While those threats help us to appreciate a world of sport that does not exist as a rarefied entity, it would also be worth striving for a different vision of society. A more hopeful, saner world seen through sport’s eyes.

In that regard, some breakthroughs were made. At the Rio Olympics, Sakshi Malik, P.V. Sindhu and Dipa Karmakar, among others, provided a glimpse of a world in which Indian women could assert themselves and compete with the best. They stood at the foreground of excellence and challenged the norms of patriarchy, which commonly beset the society that conditions them.

Then there was Dutee Chand, who continues to defy conventional gender norms. She fought for her right to compete and eventually earned the chance in Rio. Her participation was a celebration of difference. The Olympic movement was forced to embrace a broader conception of gender.

In light of these successes, we need to be wary of complacency. The achievements are only baby steps on the path of a more progressive, hopeful society. These gains can easily be lost if we do not build on them. In fact, they are likely to be lost in the current environment if we do not fight the forces of orthodoxy that abound around us.

In that regard, we have made some progress. Whether that will continue in 2017, one cannot be sure. To get more Dipa Karmakars, we need to fight institutionalised sexism in sport and society. To get corruption-free administrations, we need more Lodha Committee-like interventions. To get a more accountable setup for running sport, we need a vigilant media and public that roars its disapproval when the appointment of a Kalmadi-like figure is pushed through the back door.

These are some of the goals we can hope to achieve in the coming 12 months. Despair seemed to be the overarching theme of 2016 and sport was not left untouched. But now is the time to visualise an alternate vision for the world. Sport can be a useful ally in that endeavour, and that can only start if we see sport in a more realistic light. After all that has gone wrong in 2016, it may not be difficult.