Serena's Alienation Shouldn't Excuse Her Questionable Conduct at the US Open

To many, like Naomi Osaka, Serena Williams is an idol who raises pertinent questions about race and gender in sport – but her commitment to the cause also demands great responsibility. 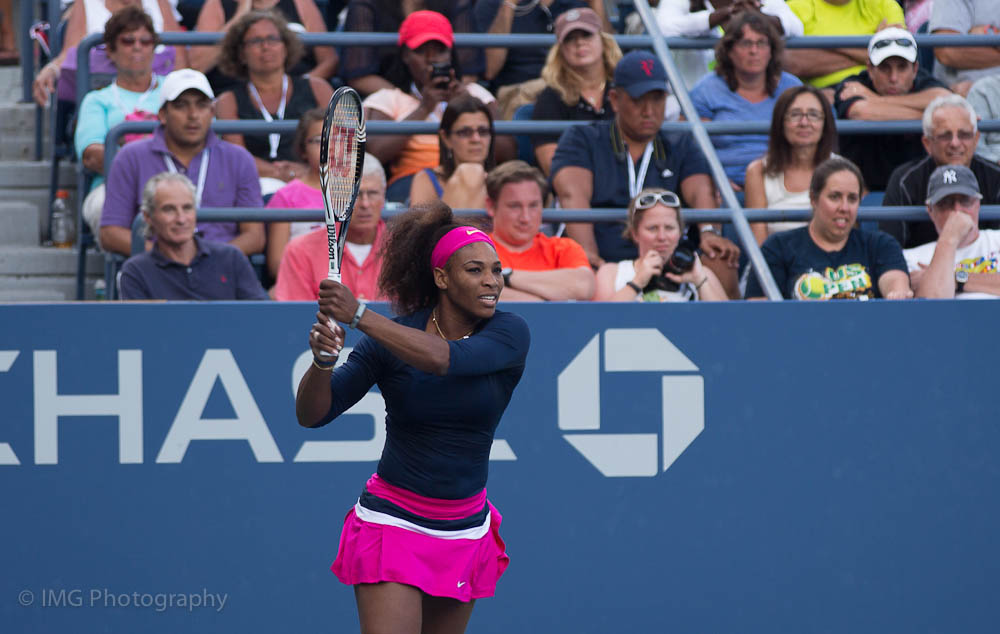 Let’s get this straight first – Naomi Osaka won because she was the better player. Over the long career of Serena Williams, very few have been able to dominate her on court like the 20-year-old. Osaka took on her idol shot for shot, battled aggressively and betrayed little sign of nerves in her first ever final.

Of course, nobody knows exactly how things could have turned out if Williams did not have her nasty exchange with umpire Carlos Ramos. But by the time the 23-time Slam winner was docked a game, the direction of the match had become clear. Osaka was firmly in the ascendancy.

It is a shame that the Japanese player, who is also of Haitian origin, could not enjoy her moment under the lights of the Arthur Ashe Stadium. The immediate aftermath of Osaka’s win was overshadowed by the unpleasant scenes that took hold of the final; umpire Ramos had to be escorted away before the presentation ceremony.

The story had become about Williams. Back in third grade, Osaka had prepared a school report on her favourite tennis star. In moments of doubt during matches, Osaka often apparently asks herself, ‘What would Serena do?’ And even in victory now, she could not shake off her idol’s shadow.

So, what did Williams do? Over the course of the final, she was handed three code violations, and the degree of punishment rises with every instance. First, because her coach Patrick Mouratoglou made a tactical gesture towards her, she was warned. Later, Williams was given a point penalty for destroying her racquet in the second set. And then it all kicked off when Serena was penalised a game for verbally abusing umpire Ramos.

The American’s frustrations, however, rose from a perceived insinuation that she cheated in the first instance. Mouratoglou’s later admission to coaching her – which is illegal – notwithstanding, Williams remained adamant that that was not the case as she had seen no signal from him.

However, her contention was immaterial because the coach is not supposed to engage in on-court coaching. Whether the player sees it or not, they will have to bear the penalty as there is no provision for the coach to be punished. Williams rightly paid the price for that.

The game penalty, on the other hand, is a different matter. Serena called the umpire a “thief” because he awarded Osaka a point following the American’s second code violation. This punishment, again, was unquestionable since she had busted her racquet, which is against the rules. However, Williams’s issue with the umpire was that the first violation should not stand. As she time and again argued, “I don’t cheat! You need to make an announcement. I have never cheated in my life. You owe me an apology.”

Obviously, her contention was on weak ground as cameras had already backed Ramos’s decision. What followed, however, was an astonishing tirade from Williams with any refusal to let up on the umpire. As she chuntered on, her fury rose and she called umpire Ramos a thief.

Coaching or not ?#usopen pic.twitter.com/OATS0LE2Y2

Following the rulebook, he decided to take action and handed Williams the severest punishment of the evening. A third code violation costs a game. And there she was, left staring at defeat. Tournament referee Brian Earley had to be called on court to mediate and Williams returned to playing only after a lengthy, lachrymose break. This was not the first time such mediation was required with the American on the US Open courts.

In 2009, Williams lost her semifinal to Kim Clijsters after she threatened a female linesman who called a foot fault – “I swear to God I’ll f*****g take the ball and shove it down your f*****g throat.” This verbal attack brought a record fine to Williams, in addition to the threat of suspension hanging over her for the next two years. And she almost got herself suspended in 2011 when another lost point brought Serena’s fiery temper to the fore. The penalty arrived because she had shouted “Come on!” before the rally had finished. Enraged, the American proceeded to treat umpire Eva Asderaki with unpleasant remarks: “You’re totally out of control. You’re a hater and you’re unattractive inside. What a loser!” Williams escaped with a fine.

But the United States Tennis Association’s statement following Saturday’s final suggests there will be no such action taken this time. In the statement, there might even be a subtle recognition that Ramos was too faithful to the rules. He could have, after all, used his discretion differently since docking a game for calling the umpire “a thief” seems excessive. And it would not have been a case of exceptional treatment meted out to Serena Williams. As she said later, other players – particularly male – get away with much worse.

Statement from USTA Chairman of the Board and President Katrina Adams on US Open Women's Singles Final pic.twitter.com/fYOfYy5A04

Roger Federer’s argument with umpire Jake Garner in the 2009 men’s final comes to mind. Even though he used profane language, Federer was only handed a fine. We cannot overlook the history of umpire Ramos either, who has a reputation for strict officiating. Only earlier this year, he had penalised both Novak Djokovic and Marco Cecchinato for on-court coaching while charging the former with unsportsmanlike conduct for throwing his racquet.

Williams, however, attached gender bias to Ramos’s conduct while grandstanding to make a wider point. “I’ve seen other men call other umpires several things. I’m here fighting for women’s rights and for women’s equality and for all kinds of stuff. For me to say ‘thief,’ and for him to take a game, it made me feel like it was a sexist remark. He’s never taken a game from a man because they said ‘thief’.”

However, Williams did not have a game taken away from her merely because she called Ramos a thief; it was her third violation that brought the penalty on. An accomplished male player might have got away with it but perhaps not against Ramos, who deals stringently all the time. Of course, other umpires officiate differently and that is why, as a larger point, Williams’s remarks are worthy of consideration.

The current environment must have contributed to Serena’s feelings of persecution and that cannot be overlooked. The ongoing US Open has seen one umpire, Mohamed Lahyani, coaching Nick Kyrgios out of his funk while French player Alize Cornet was handed a code violation for changing her shirt on court. And then there’s the matter of the French Tennis Federation president criticising Williams’s choice of a black catsuit at this year’s Roland Garros, which she wore to aid blood circulation following her traumatic pregnancy.

But the long-term lens can only frame so much. The examples of John McEnroe or even Marat Safin inform us in limited ways because the current generation of umpires operate differently. Even so, it is fiction to suggest McEnroe was never punished for his boorish behaviour: he suffered many game penalties during his career and was even disqualified from the 1990 Australian Open for his conduct.

Extreme partisanship might be the spirit of the day but the following sentences are not mutually exclusive. Williams deserved the violations she was handed out. Ramos could have not punished her for a third time by exercising discretion. He should have been mindful of applying a code violation for verbal abuse at that juncture, after all that had gone down. But Ramos lives and swears by the rulebook.

This is not to say that male players don’t earn preferential treatment. It is well-established that they are put on show courts more often, their moody tempers are encouraged and, for similar outbursts, they are seen as “characters” while their female counterparts are termed “difficult”. Williams’s alienation is not without substance.

But this should not be used as a reprieve for her questionable conduct on Saturday night. Williams would do well to introspect. To many, like Osaka, she is an idol who raises pertinent questions about race and gender in sport. But her commitment to the cause also demands great responsibility. Her politics is bigger than her, not just a manoeuvre to suit her own interest. We expect better.