In a bizarre reminder of the two business houses considered closest to the prime minister, one end of the Modi stadium bears Adani's name while the other is Reliance. 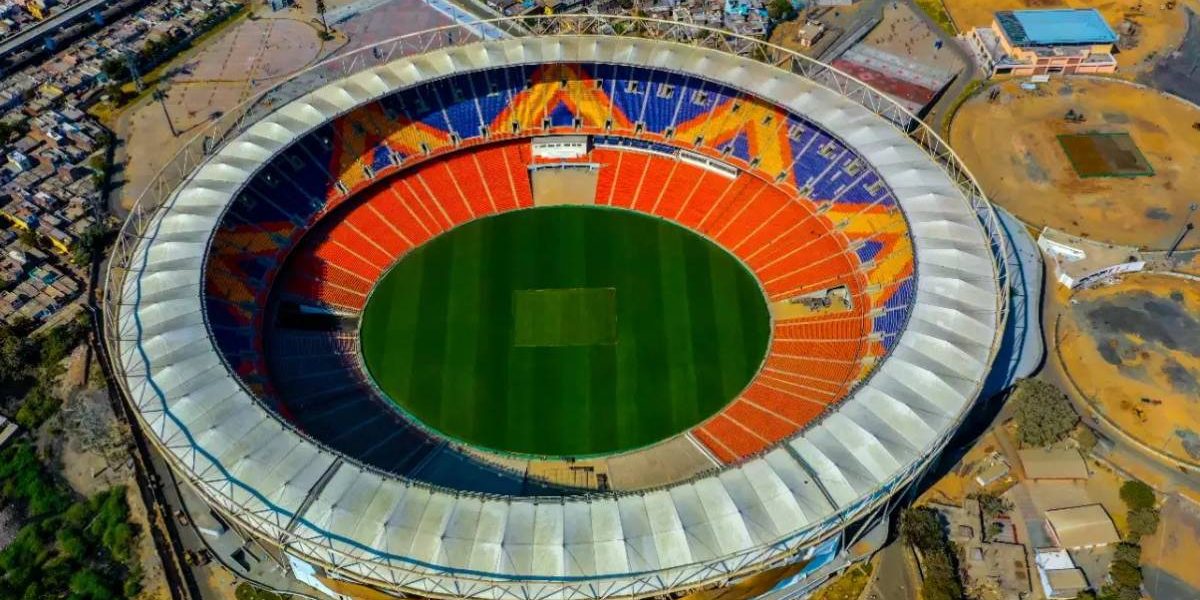 New Delhi: The Sardar Patel stadium in Motera, Ahmedabad – which was refurbished and inaugurated by President Ram Nath Kovind on Wednesday – has been renamed Narendra Modi stadium, after the prime minister. This is said to be the world’s largest cricket arena – a state-of-the-art facility which can accommodate 1.32 lakh spectators.

In a bizarre reminder of the two business houses considered closest to the prime minister, one end of the Modi stadium bears Adani’s name while the other is Reliance.

Bumrah will bowl from the Adani end. Movement from Bumrah. Maiden.

The stadium will be a part of the larger planned Sardar Vallabhbhai Patel Sports Enclave in the city.

The president inaugurated the stadium in the presence of home minister Amit Shah and sports minister Kiren Rijiju, among a host of other dignitaries. It opens with the third Test between India and England, a day-night game from Wednesday, and will also host the fourth and final game of the series from March 4.

“This stadium was conceptualised by Prime Minister Narendra Modi when he was chief minister of Gujarat. He was president of the Gujarat Cricket Association at that time,” Kovind said in his address after the inauguration.

Spread over 63 acres, the stadium has been built at an estimated cost of Rs 800 crore and with a seating capacity for 1,32,000 spectators, it has surpassed the Melbourne Cricket Ground which can accommodate 90,000.

The facility, which was closed for renovation in 2015, was witness to some major milestones in Indian cricket in its previous avatar. These included Sunil Gavaskar reaching the 10,000 runs mark in Test cricket against Pakistan in 1987 and Kapil Dev claiming his 432nd Test wicket to become the highest wicket-taker in the world in 1994, surpassing Sir Richard Hadlee.

Australian architect firm Populous, which designed the Melbourne Cricket Stadium among others, is the architect of the new stadium.

It has 11 pitches made of both red and black soil and is the only stadium in the world to have same soil surfaces for the main and practice pitches.

“As children, we used to dream about the world’s largest stadium in India. And now as sports minister, my happiness knows no bounds that this has finally happened,” said Rijiju at the inauguration.