Rupal Chaudhary created history by becoming the first Indian athlete to win two medals at the World U20 Athletics Championship as she followed up her 4x400m relay silver with a bronze medal in the women's 400m here. 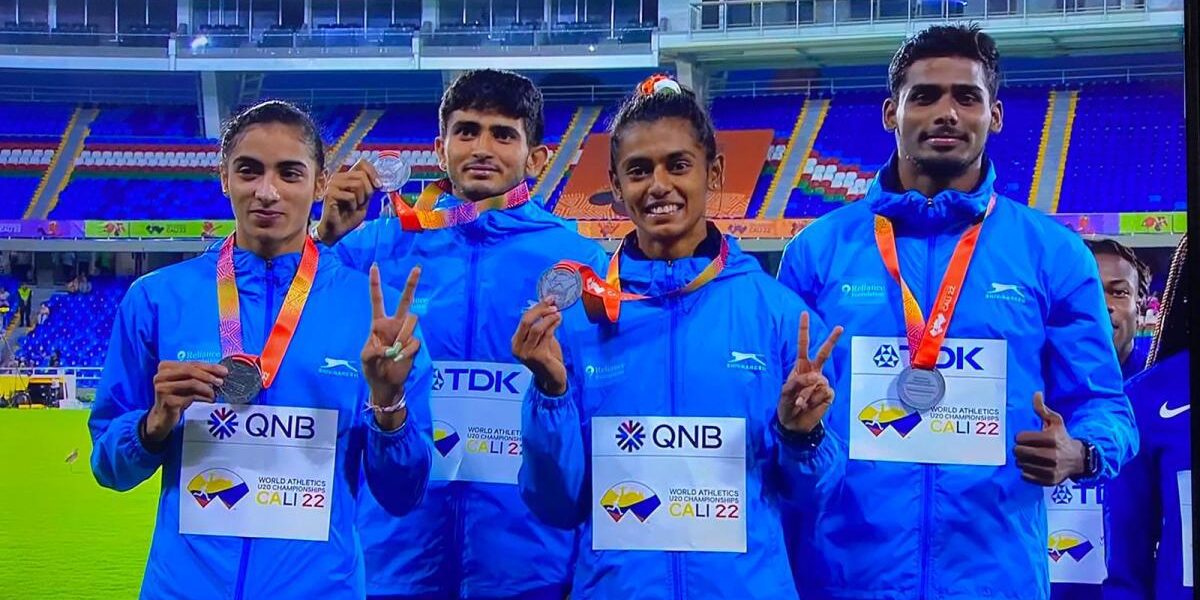 Cali (Colombia): Rupal Chaudhary created history by becoming the first Indian athlete to win two medals at the World U20 Athletics Championship as she followed up her 4x400m relay silver with a bronze medal in the women’s 400m here.

Hailing from a family with modest means, her father being a small time farmer in Shahpur Jainpur village in Uttar Pradesh’s Meerut district, the 17-year-old has been in incredible form having run as many as four 400m races in just three days.

On Tuesday, she had won a silver as part of the 4x400m relay quartet that finished second behind USA with an Asian junior record time of 3:17.76s.

On the same day, she ran her individual 400m first round heat before featuring in the semi-finals on Wednesday and final on Thursday.

Also read: Cheery Lifter Jeremy Wears His Heart on His Sleeve and His Story on His Arm

She ran her personal best time twice in the championships, first a 52.27s in semi-finals before bettering it in the final.

Earlier this year, Rupal stunned pre-race favourite Priya Mohan of Karnataka to clinch the gold medal in the women’s 400m at the National U-20 Federation Cup Athletics Championships here on Friday.

Rupal is the second Indian to have won a medal in the women’s 400m after Hima Das clinched a historic gold in the 2018 edition of the championships in Finland with a time of 51.46s.

Olympic champion javelin thrower Neeraj Chopra was the first Indian to win a gold in the championships in 2016 in Poland.

Rupal’s bronze is India’s ninth medal overall from the championships, which was earlier known as World Junior Championships. In the last edition in Nairobi in 2021, India had won three medals – two silver, one bronze.