Ravichandran Ashwin Deserves Better Pitches Than the Ones India Has Produced

There is a difference between the natural character of a pitch that suits the home team and preparing made-to-order wickets to engineer a certain desired outcome. 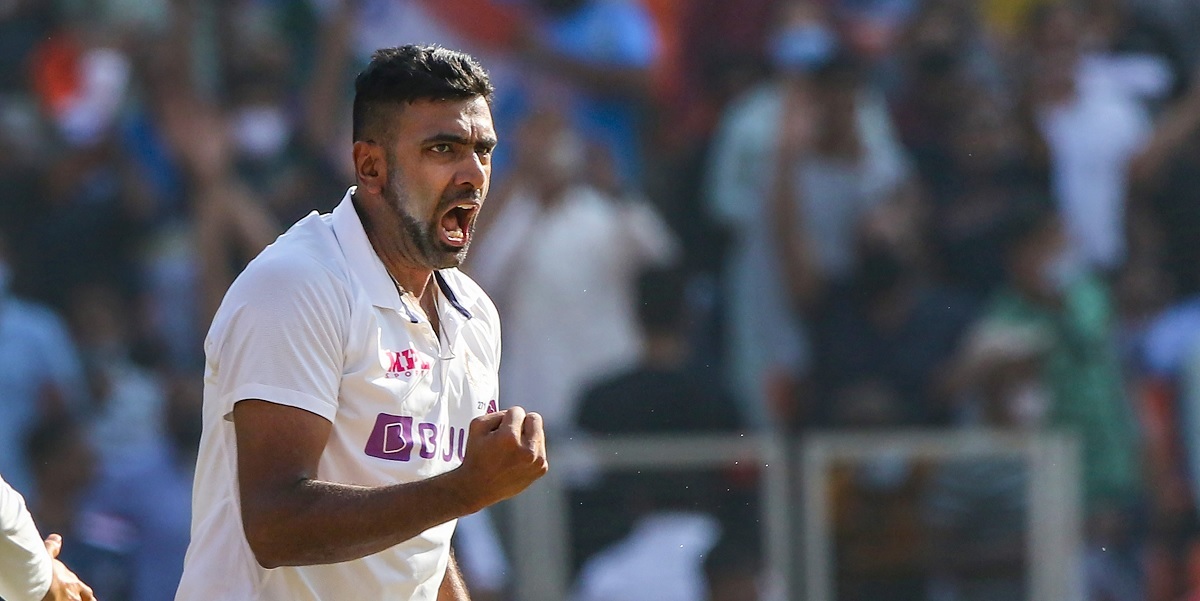 Ravichandra Ashwin celebrates the fall of a wicket during the the 3rd test against England at the Narendra Modi stadium in Ahmedabad. Photo: BCCI via PTI

In what eventually turned out to be a rather sad advertisement of modern test match batting, India routed England by ten wickets in the inaugural Test at the newly renovated and christened Narendra Modi Stadium in Ahmedabad. With the win, India has now taken an unassailable lead in the series and has put one foot in the final of the World Test Championship to be held later this year in England.

Reacting to the memorable win, former India batsman Yuvraj Singh posted a tweet congratulating the team. The tweet specifically mentioned Ishant Sharma, who played his 100th test; Ravichandran Ashwin, who became the second-fastest bowler in test history to take 400 wickets; and Axar Patel, who had an 11-wicket haul.

But Yuvraj’s tweet carried another somewhat uncomfortable – and perhaps unnecessary – bit of detail. Raising question marks on the nature of the Ahmedabad pitch, Yuvraj wondered what the wicket tally of his former colleagues Anil Kumble and Harbhajan Singh would have been if they had also played on this kind of pitch regularly.

For context, the Ahmedabad test that ended in just over five sessions of play was the quickest to conclude in terms of number of overs bowled since 1935 and the spiteful nature of the pitch has come under scanner from many corners in the media. While the caveats added to Yuvraj’s tweet were avoidable and perhaps stemmed from a place of envy every generation harbours at getting superseded by the succeeding ones, it is hard to completely ignore the conversation around the nature of pitches India has dished out in the ongoing series since going 1-0 down in the opening test at Chennai. 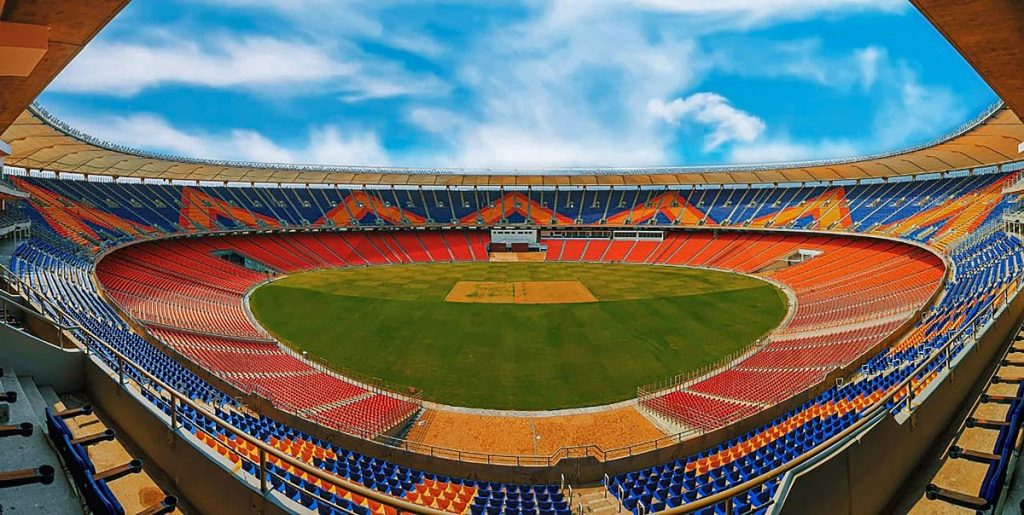 A view of the Narendra Modi Stadium, Ahmedabad. Photo: PIB via PTI

Australian cricket writer Jarrod Kimber recently wrote an interesting essay responding to the heated debate around another controversial pitch in Chennai in the second test. The discourse around what is deemed acceptable in cricket, Kimber argued, is arbitrarily set by what the English and the Australians have considered normal for the longest time. In other words, the pitches that offer excessive bounce and seam movement are somehow not met with the same levels of scrutiny that is reserved for the Asian pitches which offer enhanced assistance to spinners.

Kimber’s observation to a very large extent is true. The cricket discourse indeed carries colonial undertones that have proved hard to dispel. The hostility faced by visiting teams in England and Australia has long been labelled the ultimate test of character, while the corresponding challenges posed in the Indian subcontinent are dubbed chicanery and deceit. Perhaps there is an element of casual racism here too. But while it is important to acknowledge the historical dichotomy of this debate, it shouldn’t take away from the fact that no less than five pitches India has prepared over the last few years have simply not been up to the standards one could expect a fair contest out of.

After the routing Indian bowlers received at the hands of A.B. de Villiers in the final ODI of the series in 2015, India resorted to excessively underprepared pitches for the test matches. Both the Mohali and Nagpur Tests were played on sub-par pitches where Ashwin and Ravindra Jadeja thoroughly dominated the proceedings. The corollary to preparing such pitches however is risking a batting collapse against opposition spinners. India opted for that gamble and it paid off: despite the South African spinners punching above their weight, they couldn’t outbowl the Indians.

But India was on the receiving end of this gamble in 2017 in Pune against Australia. Unlike Mohali and Nagpur, India lost the toss here and had to deal with the worst of an already wearing pitch. Steve O’Keefe, who has little to write home about his international career outside this particular test, completely blew the Indian batsmen away and Virat Kohli’s men suffered one of their worst humiliations ever.

Since the Pune defeat, India has largely chosen the safe path of opting for sporting wickets. They back their spinners’ superior pedigree to get the desired results even on good pitches and for the most part, this approach has been vindicated. In fact, against South Africa and Bangladesh in 2019, India opted for pitches that consistently offered true bounce and it was the Indian pace contingent that led the charge for successive whitewashes of the visitors. But that mindset changed after the defeat in the opening test of the ongoing series against England.

With the Test Championship final spot at stake and Jadeja missing, India went back to the tried and tested method of serving substandard pitches. Sure, the pitches did bring England’s rather ordinary spinners into the contest, but in the end it didn’t seem to matter. Axar Patel, England’s wrecker-in-chief in both the second and third tests relentlessly landed the ball in what would become a batsman’s blind spot on a pitch like this. With the ball turning viciously off the surface, the ones that went straight with the angle proved far more lethal and England had no answers to neuter Patel’s accuracy. 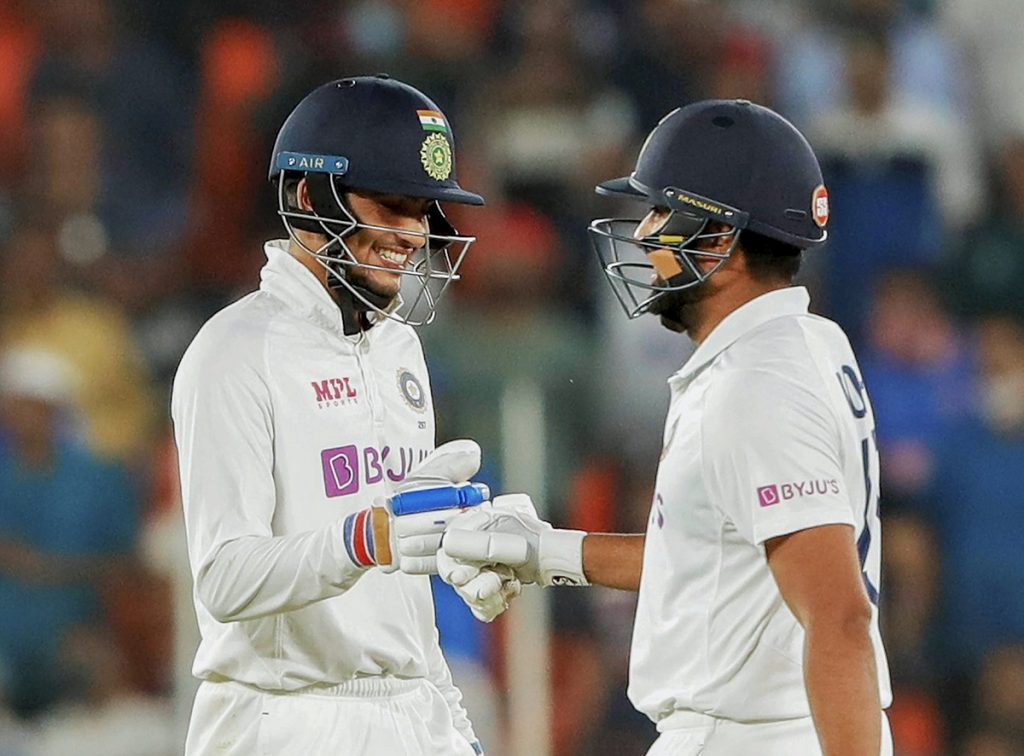 Not the only team

Now, India is certainly not the only team in the world to exploit home advantage. The very essence of test cricket is the variety of conditions where a home team almost always starts with some degree of advantage. But there is a difference between the natural character of a pitch that suits the home team and preparing made-to-order wickets to engineer a certain desired outcome. What India has opted for in the last two tests is the latter. It is extremely unlikely for India to have taken a chance with these pitches were Ashwin somehow not available for the series.

But the English aren’t really in a strong position to point fingers at India over this practice since they are guilty of having done the same. In 2014, when India toured, England failed to bowl the visitors out on a dull and placid surface at Trent Bridge. The following test at Lord’s was played on a pitch that started as an intimidating green seamer but graduated into a good batting surface. Contrary to expectations, India came out on top and England was forced to prepare another flat wicket at Southampton in response.

The following summer, England employed the same method. After suffering a heavy Ashes defeat at Lord’s on a flat pitch, excessively seam friendly wickets were produced for the Edgbaston and Trent Bridge tests. Stuart Broad registered his career-best figures of 8/15 in the latter game. Each of these was an instance of England demanding a certain kind of pitch, keeping in mind the opposition’s strengths and the series scoreline.

In 2018, South Africa returned the favour for what they were dealt in 2015 by India and reserved some of the most ferocious seaming tracks in recent times. The move somewhat backfired though, as Indian seamers equally exploited the seam on offer and the hosts ended up losing one of the tests.

Australia is perhaps the only notable exception to this trend. There is a very specific natural character to every Australian pitch and though the nature of these pitches has evolved gradually over the years, they are hardly ever tailored to suit the team’s short-term needs. The latest example of this is the recent series, where even after India registered an unexpected win at Melbourne, the pitches at Sydney and Brisbane retained their traits and India went on to achieve a famous series win.

The most disappointing aspect of India opting for reactionary measures in the face of a defeat and asking for extreme pitches is that it adds unnecessary caveats to the sheer piece of genius that Ashwin’s bowling is. Arguably India’s greatest spinner ever, Ashwin is an artist with the ball in his hand and operates with a deadly combination of drift, dip and bounce. Indian bowler R. Ashwin celebrates the dismissal of England’s Jack Leach with his team on the second day of the 3rd cricket test match between India and England, at Narendra Modi Stadium in Ahmedabad, February 25, 2021. Photo: BCCI via PTI

One need not look any farther than the two dismissals of Ollie Pope from the last test in Ahmedabad. Ashwin beats the batsman’s outside edge on both occasions using different angles with slight adjustments in flight. Pope has planted his front foot early both times and gets done both in the air and off the pitch, failing to protect his off stump.

Both the dismissals were independent of the extreme nature of the pitch. Ashwin routinely does this, even to the best of international batsmen with his pace adjustments and line variations on perfectly good home pitches. But it is quite hard to focus solely on his exhibition of skills when the playing conditions have been so artificially loaded to suit his style of bowling.

In fact, for a lesser team like Bangladesh, who too often produce pitches heavily unkind to visitors, it makes sense to introduce some kind of parity via external means. India on the other hand is blessed with a bowler like Ashwin who is too good to need the pitch tweaked in his favour to this extent.

The Indian commentariat and media ecosystem are instantly triggered into writing apologia the moment these less than desirable practices are highlighted in international media. But this isn’t the most prudent of responses to criticism of a mindset that India should ideally grow out of.

As Ashwin enters the final phase of his stellar career – he turns 35 this year – it is quite imperative that his best continues to come out without the ridiculous amount of external interference that he never needs. Pitches like the two produced in this series will add asterisks to his legacy that he could do without. Indian cricket owes him that much.