Qatar World Cup: FIFA’s Clampdown on Rainbow Armbands Conflicts With Its Own Guidance

FIFA's policy states that discrimination of any kind, including against sexual orientation, is “strictly prohibited and punishable by suspension or expulsion”. 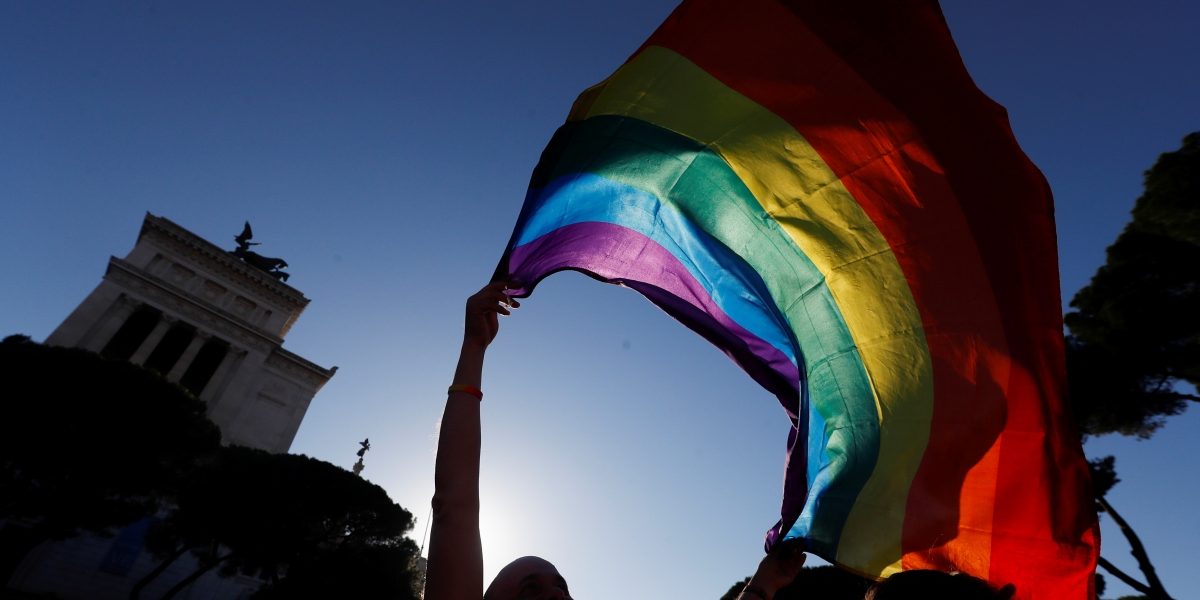 The 2022 men’s World Cup host nation Qatar is known for its human rights abuses relating to women, migrant workers and those from the LGBTQ+ community. Same-sex relationships in Qatar are illegal and punishable by up to seven years in prison. As Qatar is hosting one of the most popular global sporting events, these human rights abuses are now under scrutiny on the world stage.

The latest issue arose as the England and Wales captains were set to defy FIFA by wearing “OneLove” armbands during the tournament. The rainbow armbands are a gesture against discrimination and in support of LGBTQ+ rights. However, on the eve of the tournament, FIFA announced its own social campaign armbands and its president, Gianni Infantino, stated “we have clear regulations on armbands”.

It was said that players found to be wearing the rainbow armbands could face on-the-pitch sanctions, including yellow cards. That threat seemed to have worked, as the teams subsequently decided not to wear the armband, explaining in a joint statement from several football associations:

“We were prepared to pay fines that would normally apply to breaches of kit regulations and had a strong commitment to wearing the armband. However, we cannot put our players in the situation where they might be booked, or even forced to leave the field of play.”

There has been a passive acceptance of discrimination from many, including FIFA and the UK government. This is reflected in comments made by UK foreign secretary James Cleverley who stated that “a little bit of flex and compromise” needs to be shown by LGBTQ+ fans attending the Qatar World Cup. Cleverly urged fans to be “respectful of the host nation.”

In response to the issues with Qatar, the UK Football Association states that it has received “the unequivocal answer that all fans, including those from LGBTQ+ communities, will be welcome at Qatar 2022, and that the safety and security of every fan is Qatar’s top priority.”

However, just two weeks before the start of the World Cup a Qatari official stated to German media that homosexuality is “damage in the mind” and said that gay people “have to accept our rules here”.

These comments seemingly appear misguided on the surface but they conceal a much bigger issue. There should be no “flex and compromise” around human rights. Criminalising LGBTQ+ people is not a cultural choice but a human rights assault and it is a universally important issue. Yet the lines appear blurred for many in the case of the World Cup.

The tournament’s official logo for the 2022 Qatar World Cup is seen on the wall of an amphitheater, in Doha, Qatar, September 3, 2019. Photo: Reuters/Naseem Zeitoun

Qatar’s stance on LGBTQ+ human rights is seemingly in conflict with FIFA values and raises serious questions as to the governing body’s position in relation to this. FIFA claims that it is “committed to respecting all internationally recognised human rights and shall strive to promote the protection of these rights.” This policy states that discrimination of any kind, including against sexual orientation, is “strictly prohibited and punishable by suspension or expulsion”.

FIFA adopted the United Nations Guiding Principles on Business and Human Rights in 2016. The UN has repeatedly confirmed that discrimination based on a person’s sexual orientation, gender identity and sex characteristics is contrary to international human rights law.

FIFA also created a human rights and anti-discrimination department in 2020. This is underpinned by the requirement for the body to take measures to mitigate and prevent human rights infringements.

The treatment of people from the LGBTQ+ community in Qatar appears to be in direct conflict with Fifa’s purported values. Instead of condemning Qatar’s human rights abuses, FIFA has asked nations competing to “focus on football” and stop “handing out moral lessons”.

Former FIFA president, Sepp Blatter, recently stated that giving Qatar the World Cup was a mistake and was the result of political pressure. Qatar is said to invest billions into world football, which highlights the stark reality that human rights do, apparently, have a price.

The long-term impact of the Qatar World Cup on LGBTQ+ issues in football, despite the verbal condemnation of the discrimination by some, may be felt for many years to come.

Historically football in the UK has been notoriously discriminatory against those from the LGBTQ+ community. However, this appears to be improving. Blackpool player Jake Daniel is the UK’s first – and only – active male professional footballer to come out publicly as gay since Justin Fashanu in 1990. This is a huge step forward for LGBTQ+ people in sport.

However, there is still stigma surrounding LGBTQ+ people in football. The harsh rhetoric and lack of action from various governing bodies and the government around the World Cup may compound football’s homophobia and impact further footballers from coming out. It could also influence career choices of budding players or those who want to work within the sector.

LGBTQ+ fans are already boycotting the World Cup, stating that they feel excluded from the game.

Being LGBTQ+ is not a lifestyle choice or a value that people can or should be made to compromise or “flex”. And freedom from discrimination because of sexuality is a fundamental human right. Those who take part in this World Cup are arguably complicit in such discrimination.