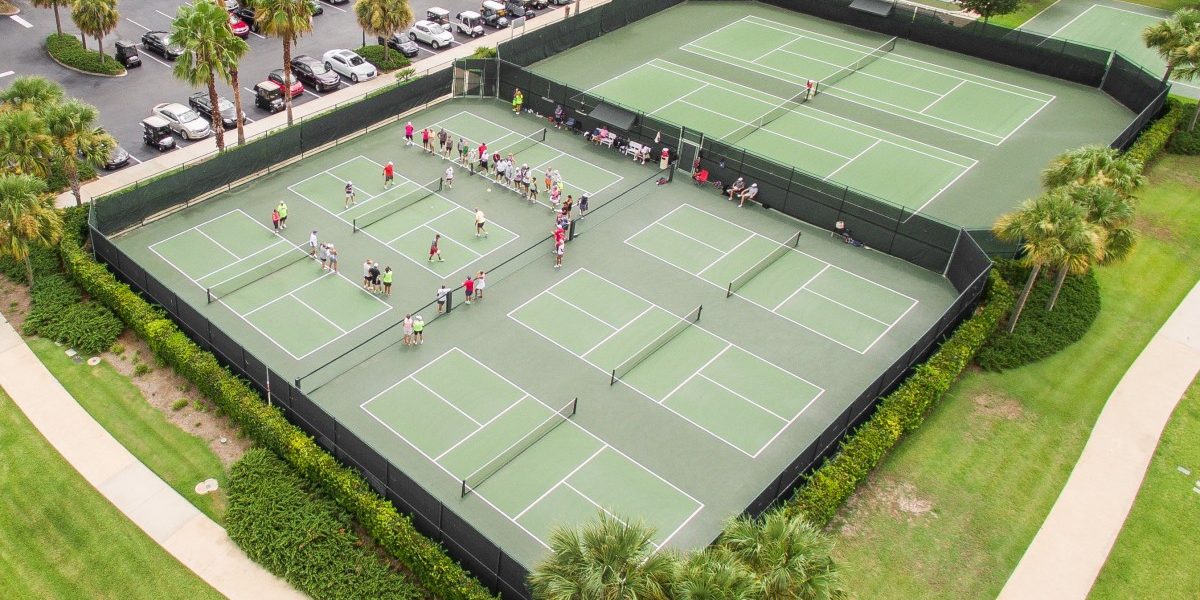 Most newer sports are hybrids of older ones, and pickleball is no exception. The progeny of tennis, badminton and pingpong, pickleball is played by singles or doubles teams who hit a ball back and forth over a 3-foot-high net until one opponent commits a fault.

In 1965, the inventors of pickleball played with what they had – a repurposed badminton setup, pingpong paddles and a perforated plastic ball.

Today’s 4.8 million American pickleballers have much more to play with: In the US there are 38,140 courts, 300 manufacturers of pickleball equipment and hundreds of grassroots clubs.

There’s been a good amount of speculation about the explosion of pickleball’s popularity. But now the sport seems poised to burst into the mainstream, with Lebron James and other luminaries of the NBA and NFL recently announcing large investments in the professional circuit.

Still, the young sport is not immune to growing pains. As I argue in my book “Emerging Sports as Social Movements,” the popularity of some fledgling sports may seem self-evident in splashy headlines. But their less visible social undercurrents ultimately shape whether they’ll continue to attract new players and fans.

For an organized sport to grow, it needs structure – a common set of rules, rankings, equipment standards, scheduled events and a sense of identity that can unite players and fans.

At present, pickleball’s social fabric is spread thin and woven together by a network of competing interests. For every headline about pickleball’s miraculous growth you can also find stories about conflicts and infighting among various leagues and governing bodies, as well as between pickleballers and tennis players.

The sport has three professional leagues battling for control of the pickleball kingdom. It has two international governing bodies: the International Federation of Pickleball and the World Pickleball Federation. The lesser lords of pickleball also feud with tennis players over dual-use courts and plans for expansion in public parks, with reports of “turf wars” and “a tug-of-war” between the two racket sports.

Internal squabbles are common in emerging sports movements. Cornhole, disc golf and esports, for instance, have faced similar challenges. In some cases, conflict can be a good thing. It may spur innovation. But it can also leave some would-be fans, sponsors and players wondering whom they should watch, invest in or play for.

Compared with traditional racket sports, pickleball is less expensive, requires less space and may be more compatible with the aches and pains that come with age. And unlike other emerging sports, pickleball’s future seems bright. But for now it has more in common with French feudalism of the ninth century – when territorial disputes were commonplace – than a modern unified sport movement headed for the Olympics.

Birds of a feather dink together

If two strangers meet in a bar and happen to share an interest in pickleball, they won’t be strangers for long. Shared passion is the glue and fuel of emerging sports communities. But the human tendency to bond with those who are like us also poses a problem for sports seeking to achieve widespread popularity.

Sociological studies show that our love of sameness partly explains why our groups and social networks tend to be homogeneous, such as male-dominated occupations, predominantly white community groups, and friendship circles united by a single religion. For grassroots sports, which spread through social networks, the sameness problem can limit growth by narrowing the flock to those with similar feathers.

Pickleball insiders like to talk about the sport’s relatively balanced gender ratio, which stands at roughly 60% to 70% men and 30% to 40% women. The newest professional league, Major League Pickleball, is promoting the sport through mixed-gender competitions, with teams comprising two men and two women – a unique format in the male-dominated world of pro sports.

But grassroots sports sprout from the ground up, and long-term growth depends partly on the demographic diversity of core players. Pickleball may be trending younger, but one-third of its avid players are of retirement age. Roughly half the population of pickleball players probably saw the Apollo 11 moon landing. Calculating accurate statistics on niche communities is difficult, but based on my review of multiple academic and journalistic sources, pickleballers are predominantly older, white, affluent and suburban. For instance, two survey-based studies with large samples estimated the proportion of white players at 93.5% and 94.1%.

Demographic homogeneity is a tough trend to buck. Of course, some sports, like golf and NASCAR, have expanded their reach without solving the sameness problem. But given the nation’s reckoning around race and gender, a successful push for greater diversity could be the one thing that separates pickleball from the crowd of dreamer upstarts.

Will the revolution even need to be televised?

Yet, as a growth strategy, buying airtime on ESPN – which sports like cornhole and ax throwing are doing – may provide little more than airy hope. As pickleball strives to expand its audience, it faces stiff competition from traditional sports brands like the NFL and NBA, as well as emerging brands like esports, mixed martial arts, disc golf, cornhole, drone racing, round net, darts and ax throwing.

With so many options, some sports just won’t make it big. The history of emerging sports is filled with booms and busts. Interest in gambling sports like jai alai and horse racing has declined tremendously since the late 20th century. ESPN’s X Games popularised alternative sports like skateboarding in the late 1990s, but some disciplines, like street luge, were left behind. Drop “poker” in a Google Trends search box and you’ll see that the Texas hold ‘em boom lasted for about three years, from 2004 to 2006.

The next big thing in sports may not boom at all. Given that younger consumers are migrating to streaming services, the revolution may not be televised to a mass audience but instead will be streamed to die-hard fans.

Niche sports like pickleball may have an advantage as sports spectatorship fragments. For small sports, a modest audience with slow but steady growth could be a recipe for sustainable success. There are numerous options for watching pickleball matches, such as YouTube channels, livestreams via Facebook, fuboTV, and some coverage on broadcast and cable channels, but demand for live coverage remains modest.

Ultimately, with so many shiny new sports to choose from, the winners will be determined not by flashy media exposure or top-down commercial forces but rather by bottom-up community development. No matter how hot the publicity gets around pickleball, the consumer base for watching the sport will draw heavily on people who already love playing it. The love of any sport has roots in culture – not commerce.

If pickleball lives up to the hype, it will do so on the backs of volunteers and grassroots organizers who can transform a loose network of casual players into an international community of pickleball fanatics.