Two numbers used by the current president of the Bihar Cricket Association, Rakesh Tiwary, a self-described RSS worker, were added to the database in 2018. 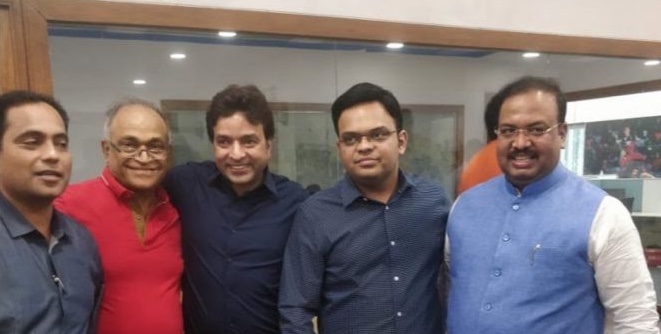 New Delhi: The phone number of the current chief of Bihar cricket, Rakesh Tiwary, considered close to those at the helm of cricket administration in India, has been identified in the leaked database that was analysed by the Pegasus Project, The Wire can confirm.

Two phone numbers used by Tiwary were selected as possible candidates for surveillance in 2018 by an unknown client of the NSO Group, as per the leaked records, about a year before he became president of the Bihar Cricket Association.

The Wire spoke to Tiwary on both phone numbers that are part of the leaked data. He said that he did not believe the list of records is real.

“It (the list) is the imagination of anti-national people like you. I am a nationalist and a devoted worker of the Sangh,” Tiwary said, also ruling out the possibility of conducting forensic analysis on his phone.

According to a source with deep knowledge of cricket administration in India, Tiwary is close to the BJP and speaks often of his association with key leaders of the Board of Cricket for Cricket in India (BCCI), the private body which runs the game in the country.

The leaked database, accessed by the French non-profit Forbidden Stories and shared with The Wire and 15 other global media partners, contains details of 50,000 telephone numbers of individuals around the world selected as persons of interest by different government agencies that have used or are using Pegasus spyware.

NSO, the company that makes Pegasus, insists that it only sells Pegasus to carefully vetted governments and denies the leaked list has anything to do with the company or its clients. The Wire verified the numbers of around 300 persons in India, out of whom it was able to ask 40-50 persons whether they would agree to the forensic examination of their phone. The Pegasus project’s tech partner, Amnesty International, ran tests on 21-22 Indian phones and turned up evidence of Pegasus in 10 of them. The remaining phones were mostly Androids, where the relevant logs are not saved by the operating system, making an infection difficult to detect.

Aditya Verma, who has been involved in several run-ins with the BCCI and is an arch-rival of Tiwary’s in the volatile world of Bihar cricket administration, said that Tiwary may have become a person of interest for frequently advertising his proximity to the Shahs.

“He keeps telling everyone that he is Amit Shah’s main man. There are so many pictures of him with both Amit Shah and Jay Shah. My guess is, but I am not sure, that is the reason he may have been chosen as a possible subject for surveillance,” Verma told The Wire. 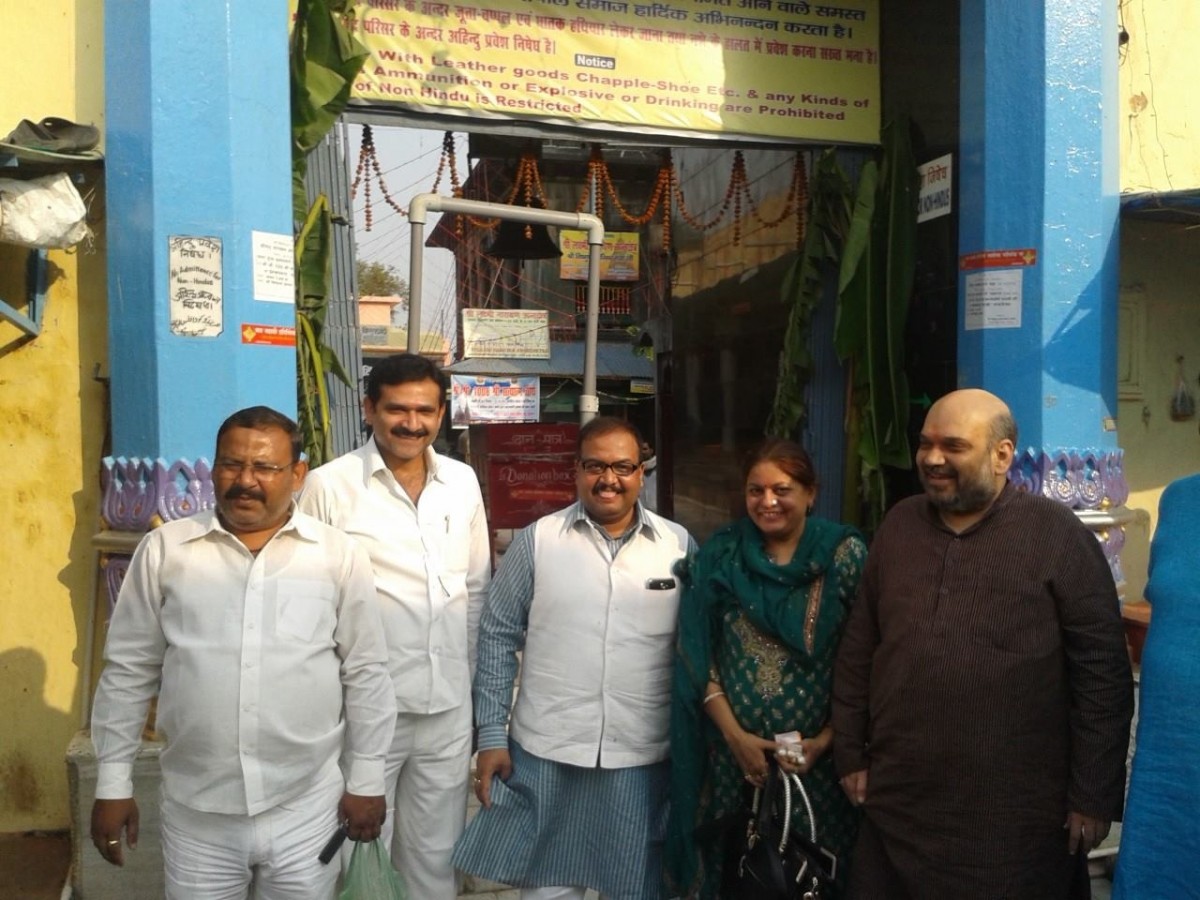 A BCA official told The Wire that Tiwary often drops the name of Jay Shah in matters concerning state cricket. “If a district association is doing something he is not happy with, he will threaten them by saying how close he is to Jay Shah,” the official said.

He said that Tiwary’s proximity to the top bosses within the BCCI is evident from the lack of action against the BCA for hosting an unapproved cricket league earlier this year.

Between March 20 and 26 this year, in the early days of the brutal second wave of COVID-19, the Tiwary-led BCA organised a 20-20 tournament called the Bihar Cricket League. West Indian cricketer Chris Gayle was roped in for its promotion and the legendary Indian cricketer Kapil Dev inaugurated the tournament.

But mid-way through the tournament, the BCCI’s acting CEO, Hemang Amin, sent a letter to the BCA instructing it to cancel the league on the grounds that the tournament was ‘unapproved’.

The letter was sent to the BCA on March 23, three days after the tournament began. However, the BCA did not follow BCCI’s instructions and the league fixtures concluded as per schedule with Darbhanga Diamonds emerging victorious on March 26. Tiwary was there to hand the trophy to the winning captain.

However, the BCCI did not take any action against the BCA. “Despite not following the BCCI’s instructions the Bihar Cricket Association did not face any penalty. There was no fine or sanctions. Normally a board would have been banned,” the official said.

The BCCI’s letter to the BCA instructing it to cancel the tournament had said that its failure to comply will lead to sanctions. But so far no action has been taken.

“Clearly Tiwari ji is very close to those at the very top in the BCCI. He knew that he will get away with this,” the official said.

Tiwary’s rise in Indian cricket has been rapid, but at the time he was selected as a person of interest by an Indian agency that also uses Pegasus spyware, he was relatively unknown. In 2018, when both his phone numbers appear in the database, he was involved with cricket administration in his home town of Gopalganj.

In fact, Tiwary and Jay Shah both rose to the top positions they currently hold within a month of each other. Shah took over as secretary of the BCCI on October 23, 2019, having been elected unopposed, his appointment to the post being a foregone conclusion for some time.

Tiwary took over as president of the BCA on September 29 2019.

His election to the post of president of BCA is also a subject of controversy. BCA secretary Sanjay Kumar, who was once an ally of Tiwary, has written to the BCCI alleging that Tiwary was ineligible to contest the election itself.

“He was not an office bearer of a member district association when he filed the nomination papers as required by the rules. Yet he was allowed to contest,” Kumar said.

In early 2020 Kumar, wrote to the BCCI alleging that Tiwary was not eligible for the post of president of BCA at the time he was elected. The letter was sent to the two top men in the BCCI – president Sourav Ganguly and secretary Jay Shah.

Kumar has not received any response to the letter from the BCCI. “Why is there no action against Rakesh Tiwary? Why does he think he can do as he pleases? It is because he is so close to the most powerful man in India cricket, as he claims?” Kumar asked.

The world of Bihar cricket is complex and turbulent. After the carving out of Jharkhand as a separate state in 2001, the BCCI gave recognition to the Jharkhand state cricket association and de-affiliated the BCA. This move, it is believed, was orchestrated by former BCCI president Jagmohan Dalmiya to check the growing influence of Lalu Prasad Yadav, who controlled the BCA at the time. Cricketers from Bihar were thus unable to play in India’s premier domestic competition – the Ranji Trophy – for 16 years.

BCA became a full member again only in 2018, after a long and protracted battle in the courts. This was the year Tiwary was selected as a target for potential surveillance. He became president of BCA a year later.

The world of Bihar cricket has remained complex. There also exits a rival cricket body called the Cricket Association of Bihar (CAB), headed by the extremely litigious Aditya Verma who was the original petitioner in the historic case which led to the Supreme court directing the BCCI to implement the recommendations of the Lodha committee and has filed cases against former BCCI president N. Srinivisan and against spot fixing in the IPL.

The Verma-led body is often at odds with the BCA, even organising its own tournaments. He continues to be involved in court battles against Tiwary.

There is also another feud in Bihar cricket, and this one is within the association that is recognised by the BCCI, the BCA. Sanjay Kumar was removed from the post of BCA secretary by Tiwary for alleged conflict of interest. He doesn’t recognise his removal and continues to function, at times, as the secretary of the BCA.

We asked Kumar whether he is the secretary or he isn’t. His reply: “Hoon bhi aur nahi bhi. Unke (Tiwary) ke hisab se nahi hoon, aur apne hisab se hoon (I am and I am not. According to him I am not, but according to me I am).”

After Tiwary organised the Bihar Cricket League, Kumar announced his own Bihar Premier League. This year for the Musthaq Ali trophy, the state of Bihar entered two separate teams – one selected by Tiwary and another by Kumar. Eventually, the BCCI did not recognise the team sent by Kumar.

“We know that Indian cricket is very murky and crazy. But Bihar cricket is a whole different level. I am not surprised that it is also caught up in the Pegasus net,” said a source deeply familiar with cricket administration in India.