Culturally, cricket prefers transgressions – on and off the field – to remain swept under the carpet. 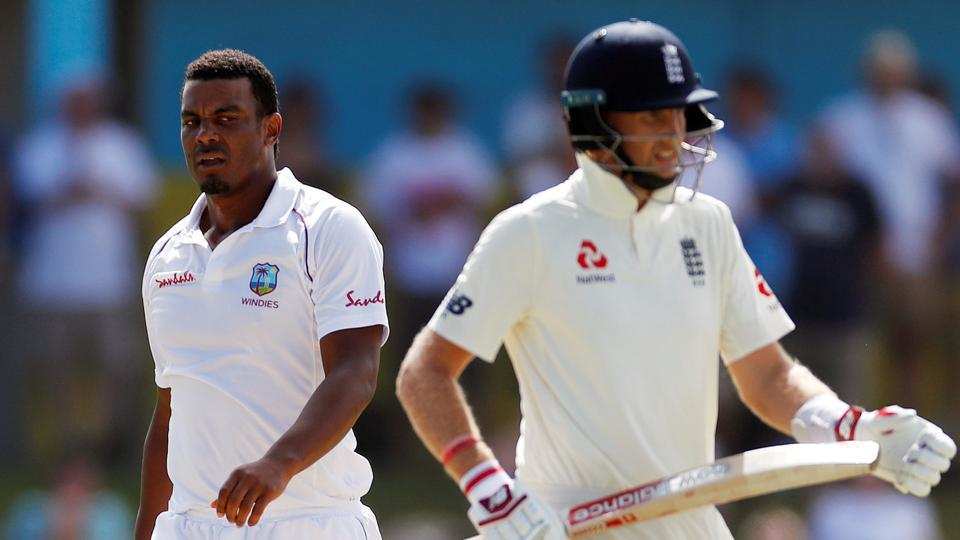 England Test captain Joe Root hasn’t had the best of times with his bat of late. Runs haven’t come with the consistency expected of a batsman of his repute, and losing a series to a lowly-ranked West Indies has added salt to his wounds. But in the third Test at St Lucia, having already conceded the series, Root redeemed himself as he batted with authority and aplomb, and guided his team to a consolation win.

But a sixteenth career hundred was only the second most important highlight of this Test for Root. About midway into his innings, he engaged in a verbal spat with the West Indies fast bowler Shannon Gabriel, parts of which were caught by the stump microphone. Root’s measured but assertive response to Gabriel’s alleged homophobic slur made more headlines in the cricketing media than England’s comprehensive win in the Test. Root has received praise from every corner for standing up for the values a public figure in this day and age is expected to.

Once Root took a stand, the repercussions were imminent. The International Cricket Council (ICC) was fairly prompt in its response reprimanding Gabriel under Article 2.13 of Code of Conduct and the player has now been handed a four-match suspension. It hasn’t even been a month since Pakistan captain Sarfraz Ahmed embarrassed himself passing deeply racist expletives at South Africa’s Andile Phehlukwayo. Despite Sarfraz offering an apology and Phehlukwayo gracefully choosing to move on, the ICC intervened and he too faced a sentence identical to Gabriel’s.

Gabriel is one of the fastest bowlers in world cricket today. Sarfraz is a wicketkeeper. A certain element of aggression, intimidation and incessant chirping comes with these territories and cricket has long made peace with that. In fact, many on-field verbal spats have made it to the game’s folklore and are often reverently recounted in the media. During India’s four-Test series with Australia in 2017, the home broadcaster Star Sports ran an entire segment called ‘Sledge Hammer’ where the ‘most memorable’ instances of on-field altercation between the two teams were picked and practically glorified by a panel of celebrated former cricketers of both countries. Nothing about this felt odd to anyone despite the controversies the series was clouded by.

Players, officials, administrators, and by extension, the larger cricketing community has always chosen not to escalate matters further for as long as “what happens on field, stays on field”. The Australians often prescribe sharing a beer post match as the ultimate antidote for any offence caused. Culturally, cricket prefers the transgressions to remain swept under the carpet. That’s just how things have always been.

Not in 2019 though. The definition of what is acceptable public discourse has undergone a cultural metamorphosis. The archaic ideas of masculinity are a thing of distant past. Wanting a proportionate reprimand for someone throwing inappropriate slurs at you is considered prudent as opposed to unmanly.

The two recent examples have established that words do have consequences now. For the longest time, the Australians have talked of a ‘line that’s not to be crossed’. Most have dismissed it as imaginary and convenient. But the ICC has certainly drawn a line in the sand now, which is of zero tolerance for racism and homophobia. However, there is another dimension to this debate that must not be left unexplored. The evolved public discourse still largely remains confined to the woke circles of media and academia. It will take its time to enter the society’s mainstream. Moreover, elitist as it may sound, not all societies are at the same level of cultural sophistication at the same time. Many a cricketer from the subcontinent, in particular, come from the modest backgrounds and may not be well versed about the most appropriate choice of words in all situations. In fact, this was one of the lines of defence for Sarfraz during his trial by the media. Casually racist remarks are ingrained so deep into the societies of the subcontinent that it is entirely possible for Sarfraz to not realise the magnitude of offence he was causing.

Similarly, homophobia has been the normal status quo for most societies for the longest time. That is how homophobic cuss words have come into being in the first place. It is going to take people time before they truly grasp the problem and sanitise their vocabulary. Every second cuss word that has been normalised in our common parlance is rooted in misogyny, casteism, or racism. To use those words is not necessarily to invoke their literal meanings. But societies have to begin somewhere to eradicate the toxicity within – and in the present, racism and homophobia are on a priority list.

And thus, even if one is willing to consider that Gabriel and Sarfraz may not have meant any malice, it is important to ensure they face due reprimand for their words. A number of former and current cricketers have called for the stump mics to be turned down preventing these exchanges to be caught on television.

While that argument does have some merit, it’s not what should be the primary point of focus here. What’s important is that the ICC and the individual boards make a proactive effort in bridging the cultural gap by giving the players a formal dressing down.

It is vital for the players to learn what is seemingly innocuous to them is indeed deeply problematic. And this involves invoking caste pride while celebrating a batting milestone on field or speaking inappropriately of women in a chat show off it. Some basic level of counseling can go a long way in achieving an environment free of objectionable behaviour. In the meantime, it is important to come hard on the offenders, even if their offence may have been inadvertent.

It may be true that players in the past got away with saying worse things, but we are here to correct those habits and not compete with them. It is also true that stump mics in a way are breaching the players’ personal space. But it is worth the price if this forces players to exercise more restraint on field.

The authorities have shown urgency in handling the two recent controversies in no small part thanks to the public reactions and media outrage. People have often raised concerns over the culture of using public outrage as an instrument for action from authorities. But the means are sometimes worth overlooking for the end. And this is one such time.