Both boxers won their respective match-ups against English opponents by unanimous 5-0 decisions. 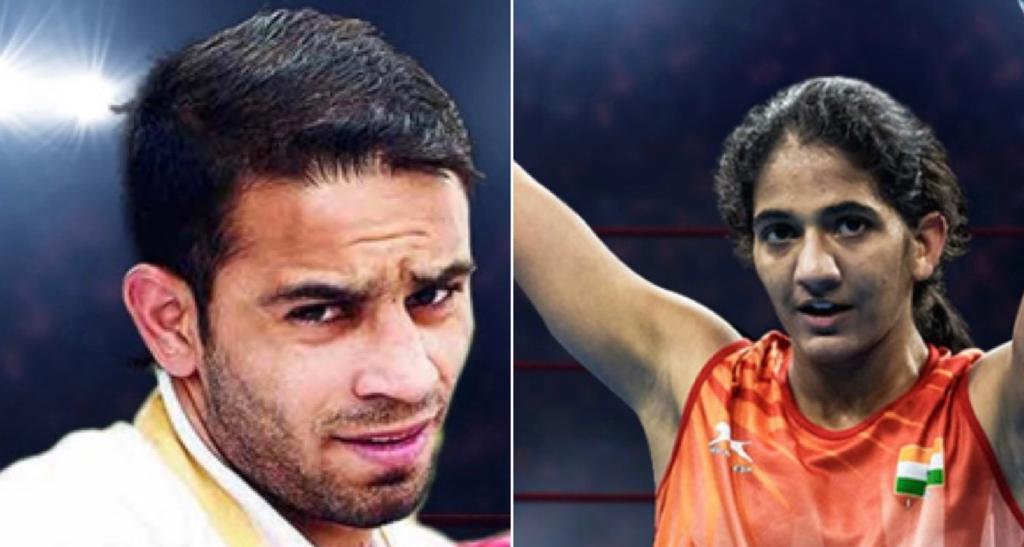 Panghal bettered his silver from the last edition as he out-punched European Championship silver medallist, England’s Kiaran MacDonald by a 5-0 verdict in the men’s flyweight.

Ghanghas, on the other hand, upstaged 2019 World Championships bronze medallist Demie-Jade Resztan of England by a 5-0 unanimous verdict.

Despite the height disadvantage, Asian Games gold medallist Panghal was the far better pugilist among the two.

But MacDonald upped the ante in the final round, despite managing a nasty cut.

The first Indian boxer to take the ring, 21-year-old Ghanghas, competing in her first CWG, looked completely in control throughout the nine minutes, giving the home boxer no chance.

The Southpaw continued to dazzle in the ring as she threw sharp, accurate combinations of punches and controlled the pace of the contest.