The Olympic gold winning javelin thrower becomes only the second Indian and first male track and field athlete to win a medal in the World Championships. 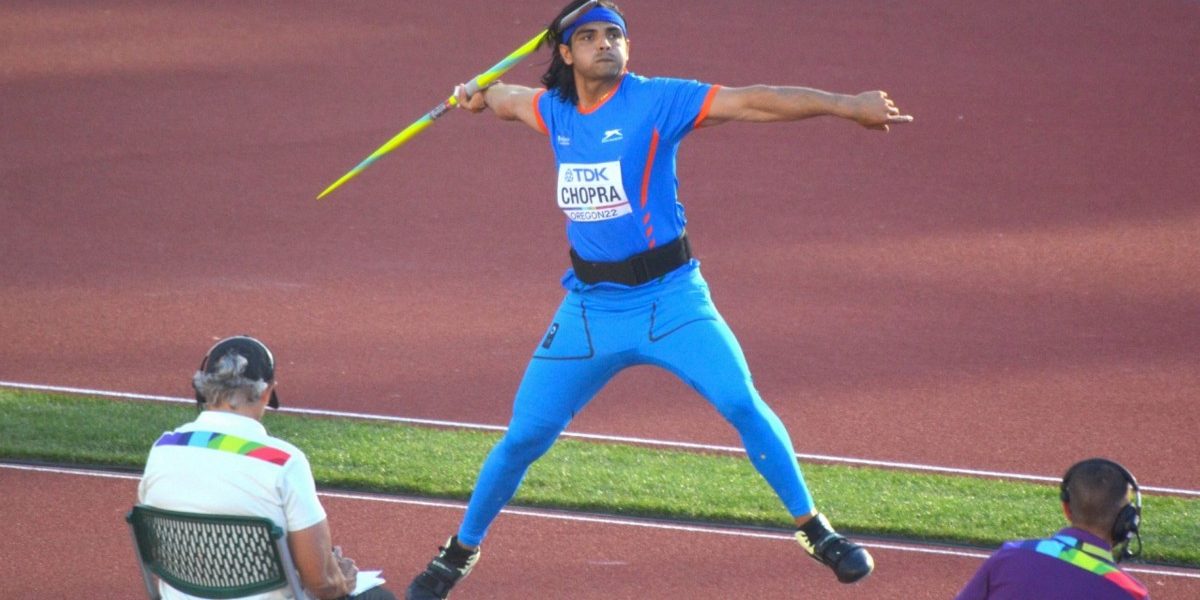 Eugene (USA): The gold eluded him but with a landmark silver here, Olympic champion javelin thrower Neeraj Chopra still created history one more time, becoming only the second Indian and first male track and field athlete to win a medal in the World Championships.

The 24-year-old Chopra, who had come into the showpiece as a hot medal favourite, produced a best throw of 88.13m, which came in the fourth round, to finish second behind defending champion Anderson Peters of Grenada (90.54m).

Legendary long jumper Anju Bobby George was the first Indian to win a medal – bronze – in the World Championships in the 2003 edition in Paris.

It was a nervy and unusual start for Chopra, as he opened with a foul throw and had 82.39m and 86.37m to be at fourth after three rounds.

But, to the big relief of the Indian contingent, and the legions of his fans back home, he got his rhythm back as he came up with a big fourth round throw of 88.13m, his fourth career-best effort, to jump to second place, which he held on to till the end.

His fifth and sixth throws were fouls.

Chopra had won gold in Tokyo Olympics last year with a second round throw of 87.58m and had just needed a first round effort of 88.39m to qualify for the finals at second place here.

The usual big smile was back as Chopra, the son of a farmer from Khandra village near Panipat in Haryana, did the ‘calm-down’ gesture and showed the victory sign with his right hand.

Chopra was, however, no match for Grenada’s gold winner Anderson Peters, who produced a massive 90.54m throw to defend the title he had won in the last edition in 2019 in Doha.

Peters, also 24, became only the second man in javelin history to defend World Championships title after the legendary Jan Zelezny of Czech Republic who had won gold in 1993 and 1995 editions.

Chopra received his silver from the hands of Athletics Federation of India (AFI) President Adille Sumariwalla during the victory ceremony amid loud cheers from several Indians at the stands, including the other athletes.

Chopra had topped the Group A qualification round and made the final at second place behind Peters by sending his spear to 88.39m for his third career-best throw. Peters had topped Group B with an effort of 89.91m.

The 21-year-old Rohit had recorded a season’s and personal best of 82.54m while winning a silver at the National Inter-State Championships last month.

With one silver and five finals, this has turned out to be India’s best-ever performance in the Athletics World Championships.

Chopra had won Indian athletics’ maiden gold in the Tokyo Olympics last year. He is only the second Indian to have won an individual gold in the Olympics, after shooter Abhinav Bindra, who clinched the yellow metal in 2008 Beijing Games.

Chopra burst onto the international scene with a gold in the 2016 World Junior Championships. He is currently the reigning Commonwealth Games and Asian Games gold medalist. He has also won a gold in 2017 Asian Championships.