Naomi Osaka and the Diminishing Relevance of Traditional Media in Sports

The days of players having to oblige and maintain cordial relations with reporters seem to be ending, but this process has been hastened by the declining quality of these interactions in the era of social media. 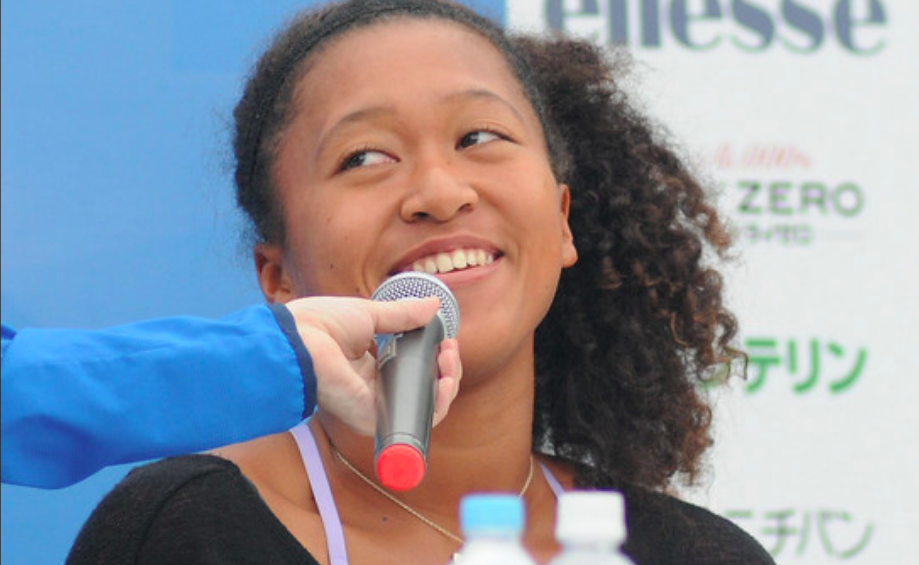 Elite sport always made for a spectacular television product.

The supreme exhibition of rarest skills, the dramatic elements of an intense contest, the unpredictability of dynamics, and the sheer indomitable human spirit of wanting to rise against the odds were always meant to be consumed on prime-time television. Broadcasting of sporting events naturally amplified their reach and popularity and turned athletes into something they were never meant to be. Having a fairly regular and often uncomfortably close access to their most personal emotions kept raising the consumer’s curiosity and what began as harmless adulation has steadily crept on and often risks slipping into the territory of voyeurism.

This cultural trend has had a significant bearing on the biggest story in the tennis world this week.

Ahead of the start of the ongoing edition of the French Open, world number two Naomi Osaka had said she would not be speaking to the press, citing mental health issues. In a well-articulated social media post, Osaka addressed the subject. Her reservations about speaking to journalists, she said, stemmed from not wanting to negatively affect her mental well being through media scrutiny.

She was penalised with a hefty fine and subtly warned to comply. The tournament’s official social media handle even mocked her decision in a now deleted tweet. And the fallout eventually led to Osaka’s withdrawal from the tournament ahead of her second round match. 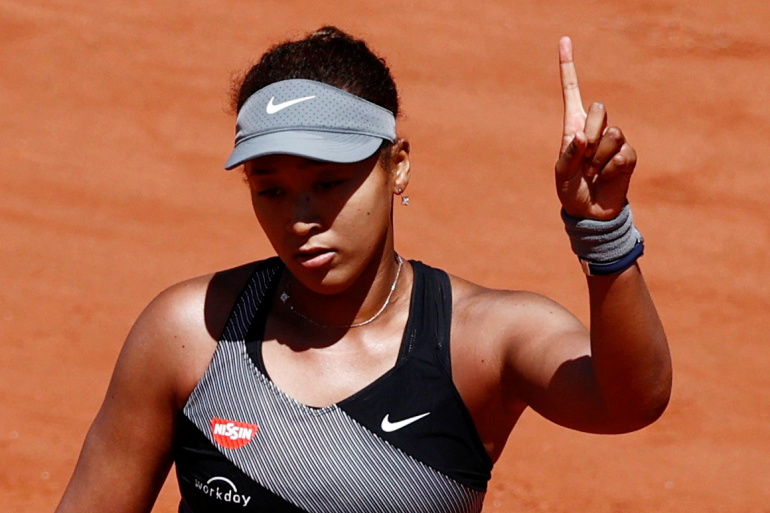 Naomi Osaka reacts during her first round match against Romania’s Patricia Maria Tig at the French Open. Photo: Reuters/Christian Hartmann

Opinion since has remained divided on the entire debate of a player prioritising her mental health over some of the mundane professional obligations that go along with competitive sport at that level. While most have largely respected the personal boundaries Osaka feels she temporarily needs, there are those who have raised concerns over whether this may be the start of a trend of professional athletes deeming press interactions a non-essential exercise that they can skip now and then.

Osaka is one of the more popular names in tennis today. She first rose to prominence in 2018, defeating the legendary Serena Williams in the US Open final, thus becoming the first Japanese player to win a major. She has since added three more majors to her tally. Though she is yet to show the kind of prolific form on clay and grass surfaces that she has on hard courts, she still remains one of the most anticipated athletes in any tournament she takes part in.

She is also one of the most marketable faces in tennis today, a fact borne out by her income through endorsements. Osaka couples her on-court brilliance with a socially aware conduct off it. She has vocally extended her support for the Black Lives Matter cause and a number of international publications have acknowledged her place as a public figure of great importance. Additionally, a significant quotient of Osaka’s popularity comes from her quirky and humane social media presence.

It is therefore doubly puzzling that the French Open’s organisers dug their heels in to guard an archaic tradition even at the cost of losing one of the most famous faces in the game.

Unlike in team sports, tennis professionals need to carve a personal brand of their own. And that is comparably much harder to achieve. Cricketers or footballers representing a certain team are blessed with the privilege of inheriting the team’s history and legacy. The collective brand recall often protects the individual operating under its large shadow. Individual sports do not quite share the same privilege. Players shape public perceptions on their own and deal with both praise and brickbats in their individual capacity.

This becomes even more significant in a sport like tennis where even nationalities are of little relevance.

Outside of the Davis Cup, where players are part of contingents representing countries, national identities have very little to do in the impression the public retains of a player. The likes of Roger Federer, Rafael Nadal, and Novak Djokovic find a trans-national following and invoke impassioned reactions regardless of where they are playing. Someone like Nick Kyrgios, on the other hand, often draws enormous flak for his needless theatrics and idiosyncrasies but it has little to no bearing on how other active Australian players are viewed by the popular media or fans. 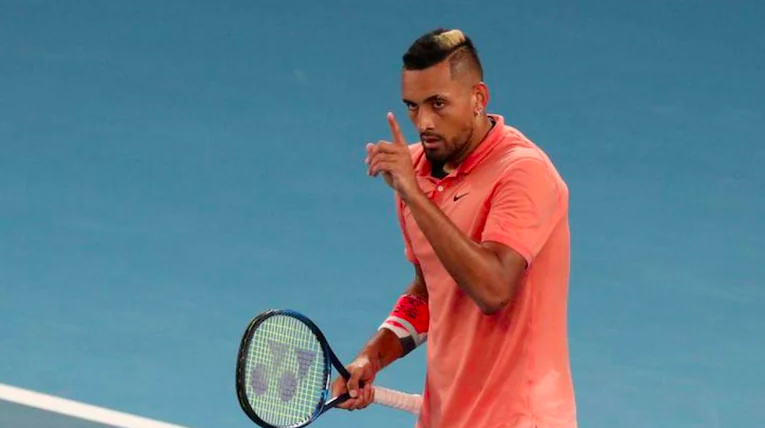 Tending to the specifics of this arrangement therefore, it is vital for players to have a functional relationship with the media. Press interaction offers an extension to a player’s personality outside the field of play and tennis stars have often made the most of this platform.

Andy Roddick was notoriously famous for his wacky ways with reporters. Federer and Nadal don’t mind an occasional quirk either. But beyond exposing fans to the human side of the athletes now and then, the pressers serve very little purpose in an era of rehashed questions and rehearsed answers.

Venus Williams on how she deals with media: “I know every single person asking me a question can’t play as well as I can. And never will. So, no matter what you say, or what you write, you’ll never hold a candle to me.That’s how I deal with it” #NaomiOsaka pic.twitter.com/Hm8cBQ2Rbc

There is an element of predictability in nearly everything a journalist asks in a post-match interaction and there are only so many ways that players can rephrase their answers. There is a long held omerta over politically sensitive matters and even questions addressing gender inequality in sport are responded with coached diplomacy. Press conferences in a post social media environment have a diminishing currency and are only held sacrosanct by a coterie of media professionals refusing to re-assess their importance.

Some of the arguments made in Osaka’s support fail to acknowledge that the power-dynamic of a press conference is still overly loaded in favour of the players. They are accompanied by their media managers who hold the power to choose which journalist gets to ask the question and in what order.

Also read: Where Does Press Freedom End and Trial by Media Begin?

A journalist has only one shot at asking a question that may extract something headline-worthy. But the power differential sets the athletes on a higher pedestal from which they often exercise the option of talking down the questions they don’t like hearing.

Closer home in India, such hostility is quite commonplace from superstar cricketers. The media fraternity is rarely united in raising objections to a fellow-colleague being mistreated by someone from a position of power; instead, a journalist mocked triggers glee and schadenfreude among colleagues in rival publications. 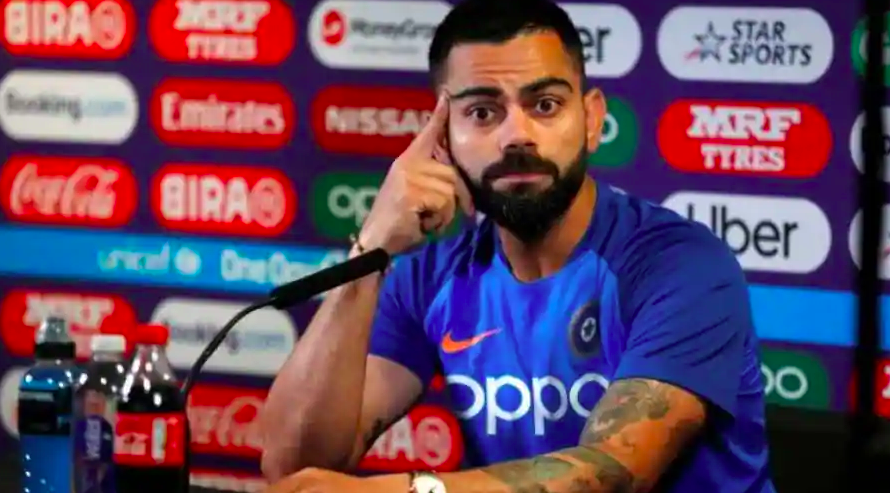 It is therefore not quite accurate to brand sports journalism as a menace players could do without. There are still aspects of the sport that only a trained journalist skilled at picking the brains of players can bring to the wider audience. And this only enhances the public’s experience of a sporting event. And yet, if truth be told, those kinds of questions seldom feature in media interactions these days. Which begs the question about the utility of these interactions beyond honouring a long held tradition.

Osaka’s unwillingness to indulge the press wasn’t going to pose an existential threat to the tradition of post-match press conferences at the French Open. But the disproportionate reaction from the authorities has highlighted the uncertain future of this form of communication in modern sports. It won’t be long before players find it extremely convenient to cut the middle layer out and exclusively use their social media platforms to engage with fans.

Traditional journalism will have to reinvent its business to still stay relevant. The days of players having to oblige and maintain cordial relations with reporters appear to be ending.

And at the end of the day, while superstar athletes may indeed be public figures, they still aren’t elected public officials and are neither legally nor morally obligated to take questions by a coterie pretending to speak on the public’s behalf.