The M.S. Dhoni Problem and India’s Refusal to Address It

Even the most casual followers of the game should be able to tell Dhoni’s batting prowess have been on the wane for a while now. 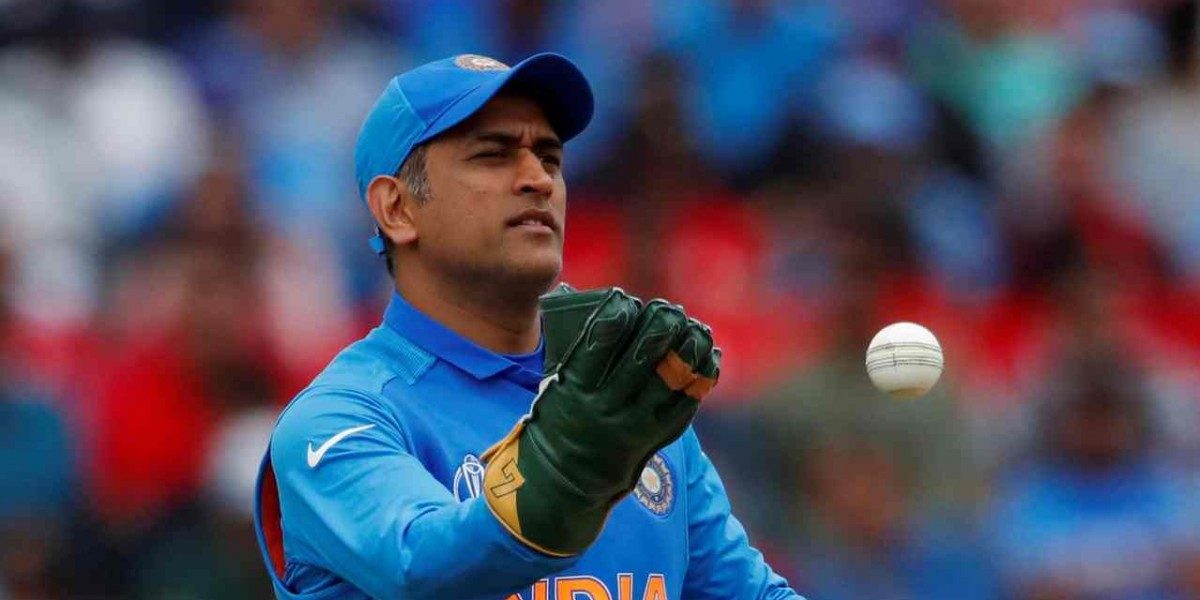 So, M.S. Dhoni is not retiring after all. The speculation over his immediate future should be put to rest now, at least for the time being. Following India’s exit from the World Cup semifinals, many suspected we had seen the last of Dhoni. But a week later, his close associate and business partner Arun Pandey confirmed the former India captain was in no mood to hang his boots just yet.

On Sunday, as the Indian squad for the West Indies tour was announced, Dhoni’s name was a glaring miss. But contrary to the rumours, he has only made himself unavailable for this particular assignment. Neither does this signal the end of his career, nor have the selectors chosen to overlook him.

In fact, in a very smartly timed PR move, Dhoni has reportedly informed the selectors he wishes to spend the next two months with the paramilitary unit he serves as an honorary Lieutenant Colonel. Not only does this help Dhoni evade any public criticism, it presents him with safe passage back in the relatively easier home season that follows this tour.

In response to questions raised by the media on Dhoni’s retirement, chief selector M.S.K. Prasad only had a rhetorical explanation to offer. This shouldn’t have surprised anyone. Be it the selectors, the team management or captain Virat Kohli himself, the entire ecosystem has chosen to underplay Dhoni’s diminishing returns with the bat and the very legitimate questions over his place in the side.

Even the most casual followers of the game should be able to tell Dhoni’s batting prowess have been on the wane for a while now. He fails to rotate the strike during middle overs, has a pronounced weakness against leg-spin, and finds it increasingly hard to hit his way out of trouble the way he used to back in the day. But dare the media raise any of this to Kohli or coach Ravi Shastri without being subjected to disproportionate backlash.

Kohli has repeatedly explained away Dhoni’s shortcomings as a ‘specific role’ that the team expects of him. Although the Indian captain has never been particularly articulate about what this role is, one might make an intelligent guess that the team requires Dhoni to play a sheet anchor. It beggars belief therefore that the team thought it wise to throw two inexperienced rookies in Rishabh Pant and Hardik Pandya in the middle during the semi-final after a top order collapse when New Zealand bowlers were smelling blood, while Dhoni came out to bat only after the damage was irreversibly done.

Also read | A Lesson for India’s Superstar Cricketers: Commentators Are Not Cheerleaders

On days when the ecosystem runs out of even the most bizarre of explanations for Dhoni’s batting, his place is justified as a mentor without whom the team’s young wrist spinners would be too dumbfounded to bowl. Like any other wicketkeeper, Dhoni consistently provides inputs to his bowlers. And with the experience of nearly a decade and a half, he surely has useful insights to offer. He is often seen taking over the field placements too while Kohli patrols the long-on boundary.

All of these though are only additional utilities of an experienced player and cannot in any way supplement for the basic functions a player is picked for. In Dhoni’s case, it is to score runs and keep wickets neatly. On neither count has he had much to boast of lately.

Earlier this year, when India played Australia for a three-match series down under, Dhoni finished as the man of the series, registering three scores of over 50. However, only one of those had a serious game-changing impact, which came in a low-scoring chase on a slow surface. But the numbers in totality were packaged and presented as Dhoni’s redemption, and it sealed his place as the first choice wicketkeeper batsman for the World Cup. Every other indicator critical to batting in modern-day ODI cricket was ignored in allowing a cult hero his last shot at glory.

This is exactly the kind of reverence that allowed Sachin Tendulkar to play for two years too many and made a villain out of Greg Chappell for being perfectly justified in asking for Sourav Ganguly’s removal from the team. Nobody in Indian cricket likes to admit this, but players do become bigger than the game and the system is too happy being spectator to the game’s primacy being undermined. Dhoni in this regard is very fortunate that he does not have to deal with a refreshingly ruthless captain, like he himself was in his heyday.

Dhoni was only 26 when he took over captaincy. Indian cricket was never famous for taking hard calls on its senior players, but he very categorically ended that tradition. Barely a couple of series old as captain, Dhoni actively asked for former captains Ganguly and Rahul Dravid to be axed from the ODI setup. 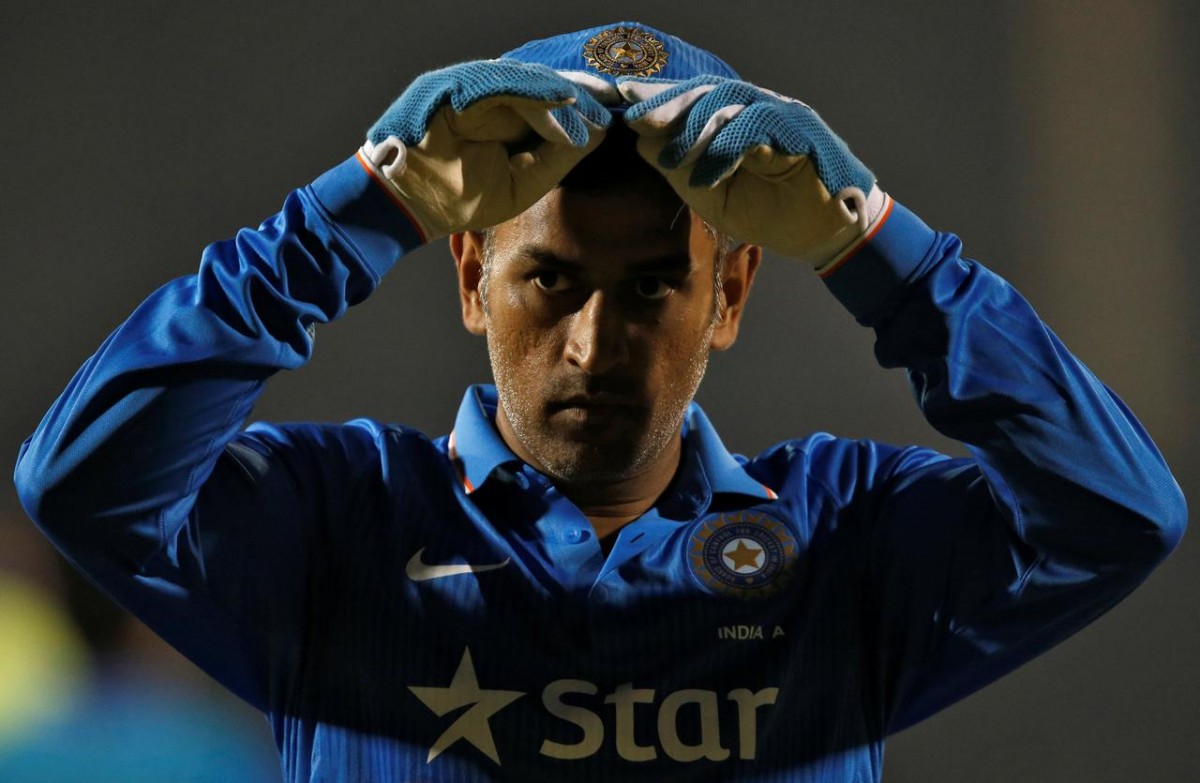 M.S. Dhoni takes a break during a match, while he was captain. Image: Reuters/Danish Siddiqui/Files

Much as anticipated, this invited strong reactions in the media. But Dhoni was unfazed. In fact, right after winning the tri-series in Australia, Dhoni took potshots at those having criticised his young side for taking tough calls. In the years that followed, Dhoni scaled the ultimate perch of success, winning everything that came his way. But if one attempts to chronicle his legacy as a leader, the decision to leave out senior players at the risk of his personal reputation must rank very highly.

A little more than a decade later, Dhoni now for the lack of a better word is a liability on the team on most days. It is often painful to see him struggle in the middle. But in Kohli, Dhoni has a captain extremely rooted in respect and obedience, even if it comes at the cost of trophies.

Perhaps Kohli craves the comfort of familiarity that Dhoni brings. This also reflects in Kohli’s hesitance to blood youngsters in despite all good signs. For the West Indies tour, India persisted with Kedar Jadhav and went back to Manish Pandey, while overlooking the prodigious Shubman Gill. This defensive approach is at the heart of India’s middle order problem that left them vulnerable in the semifinals. Persistence with Dhoni has also deferred the inevitable rise of Rishabh Pant in the shorter formats.

All of this is someday going to amount to something irreparably big. But under Kohli, India is unlikely to take the plunge and drop Dhoni. That Dhoni has been a father figure in the dressing room to Kohli’s generation of players doesn’t help matters either. Therefore, the team is only likely to wait till Dhoni himself finds the right moment to bid farewell to the game. The BCCI had staged a series out of nowhere once to allow Tendulkar to play his testimonial Test. Repeating the show one more time will not be hard at all. After all, Sri Lanka is always at their beck and call.