The military is very much a political instrument of force and Dhoni's celebration of it cannot be viewed as apolitical. 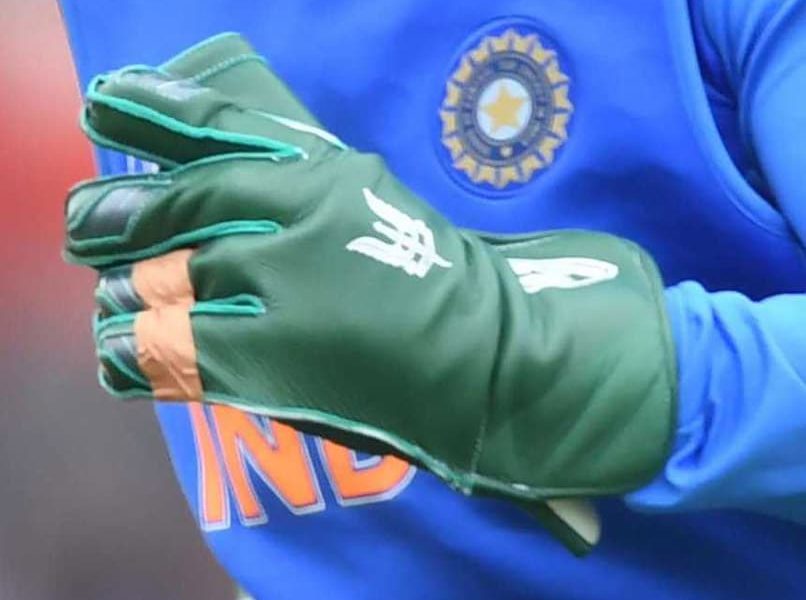 Indian cricket has always thrived on its superstar culture. Each generation has had at least one iconic player bestowed with the unconditional love of the masses.

The baton of superstardom was very smoothly passed on from Sachin Tendulkar to Virat Kohli when the former retired. Tendulkar himself was widely believed to be the natural heir to Sunil Gavaskar’s stature. M.S. Dhoni, however, is unique in this regard. His stardom is as big as a cricketer is likely to attain, but he does not have any natural predecessors, nor is anyone likely to fit into his shoes any time soon.

Dhoni evokes a very different kind of veneration from the cricket-loving public. Unlike Tendulkar’s unfiltered charisma or Kohli’s fierce aggression, Dhoni has always been seen as someone who left behind his youthful flamboyance and grew into a suave, elegant man with a calm head over his shoulders. Dhoni’s demeanour is serene, his celebrations unexciting. On most days, he shows up on the field, treats the sport as a job, meets expectations more often than not, and quietly leaves.

There is nothing overtly conspicuous about Dhoni’s personality that may be likened to someone who wears his patriotism on his sleeve. But as a matter of fact, few Indian cricketers may ever have been as driven by a sense of nationalistic pride as Dhoni is. In November 2011, only months after historically leading India to a World Cup title at home, the Indian Territorial Army graced Dhoni with the honorary rank of Lieutenant Colonel. To this day, Dhoni holds this honour very dear.

In a 2014 interview with Mark Nicholas of British magazine All Out Cricket, Dhoni said receiving an honour from the armed forces was indeed the proudest moment of his life – even bigger than leading his team to a World Cup. He went on to further explain his fascination with the army that stemmed from reading books on weapons, tanks and combat as a very young child. In fact, this was the segment in the interview where Dhoni spoke his heart the most elaborately.

Indian society, mainly through strong pop culture, has always emphasised on the deification of its armed forces. Perhaps this value set is inculcated far more aggressively in athletes who represent the nation at the highest level of excellence. Seldom do athletes let an opportunity to overtly express their love for the nation pass. It is therefore to very little surprise that Dhoni chose to wear the insignia of the Indian Para Special Forces on his gloves during the team’s World Cup opener against South Africa.

The International Cricket Council (ICC) has a very strict policy against carrying political activism of any sort on the ground, and all participating teams must adhere to this. As per the latest reports, the ICC has squarely refused BCCI’s demand to allow Dhoni to continue sporting the insignia, saying that it’s an infringement of what is permissible for players to don on sporting gear. The BCCI’s primary bone of contention was the insignia did not represent any objectionable connotations as listed by the ICC in its guidelines. Well, turns out the ICC is not going to bend over to the BCCI for this one time.

In the context of the World Cup, this should ideally have been a trivial matter being put to rest with a piece of formal communication. However, the fact that the BCCI chose to resist the ICC’s orders and make this an issue of national pride instead highlights the larger cultural shift in society, where a celebration of military symbols is perhaps more normal than ever. It has only been two months since the Indian men’s team, in a game against Australia, thought it wise to don camouflage caps to pay homage to the CRPF personnel who lost their lives in a dastardly terrorist attack in Pulwama.

Dhoni, as it was later reported, was the one who proposed this idea and the team management was more than glad to oblige. However, by the time the Indian team resorted to this exhibitionism for its love for the forces, the public mood had significantly changed. The country was no longer grieving a ghastly attack on its jawans but was instead rejoicing military action conducted by the Indian Air Force on Pakistani soil. The Indian team’s gesture in this light was more of a celebration than an homage.

This is again not completely out of order, if one chooses to critically observe the eagerness Indian cricketers have demonstrated in exhibiting their love for the country. The current ruling dispensation is ideologically rooted in majoritarian nationalism. Prime Minister Narendra Modi himself is an unapologetic nationalist ideologue and his personality cult has meant that a majority of India’s popular elite have chosen to maintain proximate relations with him.

From Bollywood stars to business tycoons and from media personalities to cricketers, everybody sees value in being in Modi’s vicinity, and embracing his politics seems like a small price to pay for it. Nearly every popular Indian cricketer extended their best wishes to Modi’s party on their historic victory in the recently concluded general elections.

A very similar sentiment extends to the military too. Indian celebrity culture, which otherwise prescribes a carefully maintained silence on political matters, chose little restraint in voicing their triumphant glee after the Balakot airstrikes. It was a classic case of compulsive behaviour, where no one wanted to be mistaken for holding even a slightly different view.

The one commonly held misconception in India’s civil discourse is to view the military as an entity insulated from the country’s politics. This helps the forces secure an inherently virtuous space in the public imagination and escape any scrutiny whatsoever. This reflects in how a politician is a commonly frowned upon figure in the society’s middle class, but a soldier merits unconditional reverence.

In reality though, the military is very much a political instrument of force and its celebration cannot be viewed as apolitical in any sense of the word. Dhoni’s symbolism, therefore, is as political as it gets. And the ICC is perfectly justified in disallowing its event to be used as a platform for the glorification of a country’s combative strength.

While Dhoni’s motives may have been entirely pure, it is important to truly understand what the symbol represents in spirit. But the intellectually dishonest Indian media that recognises the topical currency of a subject as sensitive as nationalism has only further strengthened wrong perceptions.

A number of news channels ran debates asking the Indian team to boycott the World Cup should the ICC not bend over to the BCCI’s demands. Some of these anchors have an exaggerated idea of BCCI’s ability to run the sport as a parallel hegemon after the unprecedented success of the Indian Premier League. The fact of the matter is, despite its disproportionate power and monopoly of money, it is still in the BCCI’s best interest for international cricket to remain in good health. And actively sabotaging the success of a World Cup is not going to help anyone one bit.

In India, the first half of 2019 has been a fairly eventful one in the backdrop of a horrific act of terror and the general elections that followed. The mood of the nation has, for a while now, remained charged up, brimming with a sense of nationalistic assertiveness. The camouflage caps and Dhoni’s gloves symbolically reflect this mood. But an international sporting body is under absolutely no obligation to tolerate a clear infringement of its policies.

Perhaps Indian celebrity cricketers need a better understanding of what symbols signify and what qualifies as problematic. A dressing down may help.