Law Commission Begins Examination of How to Bring BCCI Under RTI

The law commission has engaged a law firm to send questionnaires to stakeholders to determine the feasibility of the Lodha Panel recommendations on legalising betting and bringing the BCCI under the purview of the RTI Act. 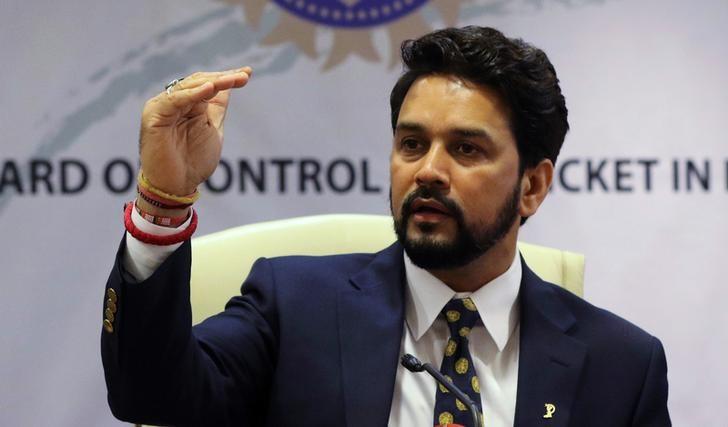 New Delhi: In keeping with Supreme Court’s decision to reform cricket management in the country the Law Commission has now engaged a law firm to deal with the Lodha panel’s recommendations that the BCCI be brought under the purview of the RTI Act and that the parliament legalise betting in cricket.

The law firm engaged for the purpose, P&A Law Offices, has started sending questionnaires to stakeholders. On January 5, one such questionnaire, with nine questions, was sent to RTI activist Subhash Chandra Agrawal.

In the covering note, the law firm stated that it was assisting the Law Commission in its examination of the two issues brought to its attention by the Supreme Court of India in the case between Board of Control for Cricket v. Cricket Association of Bihar and others.

The firm said it was primarily addressing the issues of “legalising betting in sports” through a comparative analysis of Indian and international law. It was also examining recommendations and suggestions to see whether betting can be legalised within the legal and constitutional framework of India and whether the BCCI can come under the purview of the RTI Act.

However, when The Wire contacted the firm it was reluctant to part with any information on when it began sending the questionnaires or how many respondents it has identified for the exercise. Two members of the firm, spoken to over phone, said they were not authorised to speak on the issue and the Commission should be approached for any information.

In its order in the case on July 18, 2016, a bench headed by then Chief Justice T.S. Thakur had stated that “since BCCI discharges public functions and since those functions are in the nature of a monopoly in the hands of the BCCI with tacit state government and central government approvals, the public at large has a right to know and demand information as to the activities and functions of the BCCI especially when it deals with funds collected in relation to those activities as a trustee of wherein the beneficiary happens to be the people of this country.”

As such it had observed that “as a possible first step in the direction of bringing the BCCI under the purview of the Right to Information Act, we expect the Law Commission of India to examine the issue and make a suitable recommendation to the government.”

On the issue of betting, the apex court had noted that “the recommendation made by the committee that betting should be legalised by law, involves the enactment of a law which is a matter that may be examined by the Law Commission and the government for such action, as it may consider necessary in the facts and circumstances of the case.”

Subsequently, the Law Commission had stated on November 2015 that it was examining the applicability of the RTI Act to the BCCI, which according to the Supreme Court discharges a public function.

Commission chairperson Justice B.S. Chauhan said that the panel “will examine both issues and frame appropriate questionnaires to seek public response. Apart from seeking public opinion, the commission will interact with experts and sports personalities from diverse fields before giving recommendations to the government.”

The commission, on the request of the apex court, had also started working on establishing the kind of legal framework that would be required to make betting legal in India.

The questions in the law commission project questionnaire are very direct. They ask the stakeholders if BCCI is a public authority under Section 2 (h) of the RTI Act, if the government exercises control over BCCI as envisaged under this section and if this would amount to indirect control because the Centre has “repeatedly subsidised the leases of the cricket stadiums, exempted BCCI from paying taxes etc.”

It also demands to know if the current government regulations (or lack thereof) favour the monopoly status enjoyed by the BCCI, what the stakeholders think about the recommendations suggested by the Lodha panel and Mudgal committee that BCCI performs public functions and hence should be within the ambit of RTI Act and if they think there is a requirement for an amendment to the definition of public authority under Section 2(h).

The questionnaire also takes into account the evidence that important positions on the board have been occupied by leaders and politicians from governing political parties and asks the stakeholders if they believed that there was “de facto control by government over BCCI?”

It also asks if the respondents deemed the BCCI to be a private body, to be inter alia performing public functions since “the cricket team selected by BCCI is called the ‘Indian cricket team’, which represents India in international cricket, it recites the Indian national anthem before the match and it has the Tiranga and the Ashoka Chakara on its uniform.”

Finally, it asks whether there was a conflict of interest involved in the BCCI being the only governance body for both private cricket and international cricket.

In his overview on the issue, Agrawal said the “matter of bringing BCCI under purview of RTI Act is of utmost national importance when BCCI conducts cricket-matches with teams controlled by it named as ‘Indian team’ getting all types of recognition and facilities from Union and state-governments. Even Union government has repeatedly stressed for BCCI to be a public-authority under RTI Act for such similar reasons.”

“But unfortunately,” the RTI activist said, “every Union sports minister in different regimes loses his portfolio once he makes public his desire to bring BCCI under the purview of the RTI Act” as evidently heavyweight politicians cutting across party-lines are opposed to it.

“With so much notoriety induced in cricket-politics involving BCCI and Indian Premier League (IPL), like match-fixing and role of black money in IPL, larger national and public interest demands BCCI be covered by the RTI Act for an effective and meaningful government-control of enormous amount of such public-money minted regularly by BCCI,” he demanded.

Meanwhile, the commission clarified on January 12 that it “has not assigned any of its project to anyone.”

It added that “several advocates, research associates, academic institutions, faculty members of law schools, et al, approach the commission from time to time with a request to get associated with the commission and submit working papers on the subjects under its consideration. However, such an understanding with any research institution will in no way mean that the commission is hiring any third party to perform its functions.”

Note: This story was updated on January 13 to include the Law Commission’s response.