Kicking Stigma Away, a Young Team from Bengal Heads for an International Football Tournament

Having survived discrimination and poverty, sixteen young men - the children of sex workers and working class parents, others orphans - will play in Denmark this July. 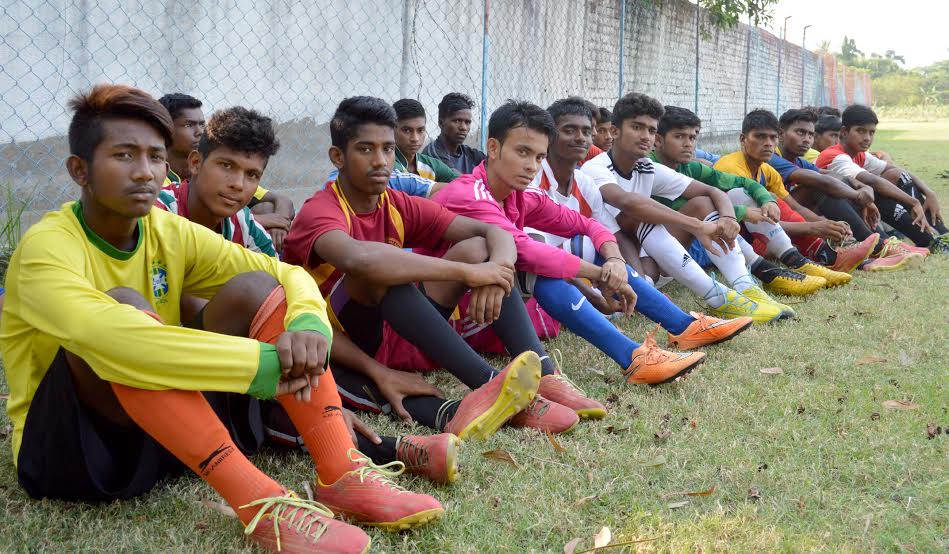 Kolkata: Sixteen boys from Kolkata are going to fly to Denmark in the third week of July to play in the Dana Cup, one of the largest football tournaments in the world. They will participate in the Under-16 age group of the tournament which is scheduled to start from July 25 in the North Jutland town of Hjørring in Denmark.

The sixteen athletes do not come from the affluent section of society, where children’s needs are fulfilled at the drop of a hat – the majority of them are children of sex workers, while the rest are orphans or children of working class parents who live in slums.

Ten of the boys are from Sonagachi, a red-light district in north Kolkata. They know nothing about their biological fathers, but have their mothers to look after them. These boys live in a home run by the Durbar Mahila Samanwaya Committee, a non-profit, in Baruipur, about 35 kilometres from Kolkata. Here, they are offered food and education, aside from training in sports.

In Bengali, Durbar means unbeatable or unstoppable. Founded in 1995, Durbar was set up and is managed by sex workers and their children, with the aim of creating solidarity and collective strength between communities of sex workers and other marginalised groups. Currently, Durbar is 65,000 strong and is working for the rights of female, male and transgender sex workers in West Bengal. The group works in the areas of healthcare, education and anti-trafficking and is also running the first sex workers’ cooperative in Asia. Sixteen-year-old Yakub Ali, whose mother is a sex worker in Sonagachi, plays football with his friends for nearly six hours every day. The student of class nine knows the importance of playing in an international tournament.

“I have no hesitation in accepting that I hail from the red-light area of the city. I am proud of my mother who has been taking great pains for my upbringing. I am practicing hard to win the coveted trophy. My passion for the sport will surely change our fates one day,” he said, sounding cheerful about his future. Rakesh Bhattacharya, also a member of team that has been selected to participate in the tournament, said that his mother may be stigmatised by society, but he looks upon her for inspiration, “She has been doing work which society considers shameful, but she is everything for me. I want to give my best in the tournament so that it paves the way for a better future.”

Biswajit Majumdar, their coach, said that the never-say-die attitude of the children inspires him to train them in sports, “They have hunger to achieve success at any cost because of the background they hail from. They are not only good in sports but also meritorious in studies and perform well in school examinations,” he said.

Majumdar spoke about Ismail Sardar, a 14-year-old team member and the son of a sex worker, who is liked both by teachers and his classmates because of his talent, “Ismail is equally good in studies and sports. He performed exceptionally well in the school examinations and football tournaments. His teachers are fond of him and often cite his example to others.” All ten players said that they were initially subjected to discrimination in school because they are children of sex workers. Ismail recalled how his classmates did not let him sit with them or share their lunch. “They didn’t sit with me and even cracked jokes about my background. They always maintained a distance from me. I used to often cry in the corner because of their indifferent attitude. But things began to change after I represented my school in local football tournaments. My teachers started liking me and the mindset of my classmates also changed,” he said.

Sixteen-year-old Soumen Sardar, another member of the team said that his father earns a paltry sum of Rs. 2,000-3,000 per month, which is not enough to feed the entire family. “My father works in a hospital and earns very little. My mother is ill. Most of the time, we go to bed hungry. I work as a labourer in a wood-polishing shop, where I get paid Rs. 200 after toiling for 11 hours a day. I practice with torn sports shoes for months until my father can afford to buy a new pair,” he said.

Staff members at the non-profit say that they are finding it difficult to arrange for funds to send the children to play the tournament. The president of the Durbar sports academy, Dr. Smarajit Jana says that the organisation needs Rs. 20 lakh to send the team, along with four support staff, to the tournament. “We have been appealing to various organisations and individuals to come forward and donate funds for the players. It would be a big achievement for the country if they return home victorious,” he says.

As dusk falls, and the athletes leave the grounds after hours of practice under the harsh sun, it is clear that the tournament is not a mere game for them, but an opportunity to show the world that they are no way inferior to others.

G. Arora is a freelance journalist living in Kolkata.