The spread of infections had led to postponement of two IPL games earlier. 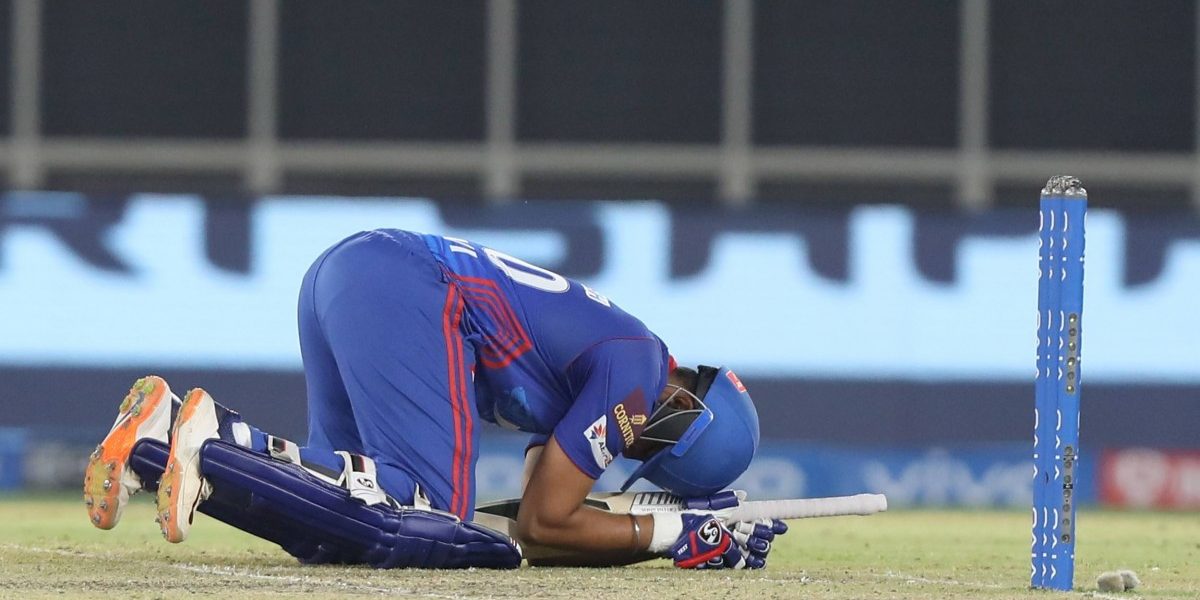 Prithvi Shaw of Delhi Capitals during match 29 of the Indian Premier League 2021 between the Punjab Kings and the Delhi Capitals held, at the Narendra Modi Stadium in Ahmedabad, Sunday, May 2, 2021. Photo: PTI/Sportzpics for IPL

New Delhi: The Indian Premier League was on Tuesday suspended indefinitely after multiple COVID-19 cases were reported in its bio-bubble, ending a month-long relatively smooth run for cricket’s most glamorous and cash-rich event in the middle of a raging pandemic.

“The tournament has been suspended indefinitely. We will try to conduct the event in the next available window but this month is unlikely,” league chairman Brijesh Patel told PTI.

“…we will take stock if we can find a suitable window later during the year. It could be September but these are all speculations. As of now we are not conducting it any further,” BCCI vice-president Rajiv Shukla told PTI.

The spread of infections had led to postponement of two IPL games earlier.

Also read: Unempathetic and Callous – The IPL Is Mocking Indians Right In Their Faces

The league organisers also issued a formal statement and said that safety of its players and staff is paramount.

“The Indian Premier League Governing Council (IPL GC) and Board of Control for Cricket in India (BCCI) in an emergency meeting has unanimously decided to postpone IPL 2021 season, with immediate effect,” the statement read.

“The BCCI does not want to compromise on the safety of the players, support staff and the other participants involved in organising the IPL. This decision was taken keeping the safety, health and well-being of all the stakeholders in mind,” it added.

The IPL said BCCI will do all it can to ensure that players in the event get back to their homes safely. IPL features stars from England, Australia, and New Zealand among other countries.

“These are difficult times, especially in India and while we have tried to bring in some positivity and cheer, however, it is imperative that the tournament is now suspended and everyone goes back to their families and loved ones in these trying times,” the IPL stated.

“The BCCI will do everything in its powers to arrange for the secure and safe passage of all the participants in IPL 2021.”

The tournament began on April 9 and ran smoothly before KKR’s COVID-19 cases caused the initial jitters on Monday. The tournament final was planned for May 30.

There was cause of concern in Delhi too as a few groundsmen at the Feroz Shah Kotla Stadium tested positive even though DDCA chief Rohan Jaitley asserted that “none of the groundsmen on duty” were among the infected.

Just days before this, three Australian players had pulled out of the league, citing COVID-19 concerns amid a devastating second wave of the global pandemic that has overwhelmed the medical infrastructure of the country.

The 2020 IPL had also been held in a bio-secure bubble in the UAE and at that time, infections were only reported before the start of the tournament.