A Sporting Culture at the Grassroots Is the Need of Hour

The bigger challenge is not the lack of talent or capacity for India to produce great sportspersons, it is the difficulties associated with a shortage of coaches and the equity gap in sports.

A representative image of Kabaddi, which is mainly played among people in villages in India. Photo: Wasielgallery/CC BY 3.0/Wikimedia Commons

This is the fifth article in a five-part series on sports in India. Part One | Part Two | Part Three | Part Four

In addition to efforts by institutional players, several NGOs have begun focusing on sports, whether as the central focus of their mission or as a part of it. These NGOs typically fall into two categories: NGOs that emphasise sports for its spillover benefits such as improved health, higher confidence levels and gender equity among youth, and NGOs that are focused on nurturing professional athletes. The common thread is that both types of NGOs seek out talent and wish to advance the grassroot infrastructure in areas that have so far been excluded from mainstream attention and resources.

Sports as a path to empower vulnerable youth

We spoke to Rohini Mukherjee, the chief policy officer at Naandi Foundation to understand how sports can be a tool for empowering vulnerable groups, particularly girls. While Naandi Foundation has worked primarily with girls and youth for more than 20 years, the organisation recently integrated a sports component into an ongoing project, ‘Project Nanhi Kali’. The overall aim of the project is to ensure girls from low-income families complete their first 10 years of basic schooling with adequate learning levels and without dropping out. Since its inception in 1996, Project Nanhi Kali has reached out to over 450,000 underprivileged girls across 14 states in India.

“The need to bring in sports is an integral part of growing up. It is as important as learning addition, subtraction and reading,” said Mukherjee. She spoke of other factors that convinced them of the immense power of sports for girls. Firstly, “girls who have sports experience and enjoy sports have a unique body language.” For children in an impressionable age group, she adds that sports teach children certain things which school curriculum does not, but those learnings are equally important. “These include working in a team, taking leadership, making quick decisions and learning to lose.”

Naandi’s experience of working with girls across diverse geographical contexts over the years also revealed the urgent need to improve the health status of girls and families. “We observed weakness, anaemia and many girls not eating the right food. The general family health status is not so great. While Naandi doesn’t have any health interventions, one of the ways of achieving strength and fitness is sports.” Additionally, she spoke of the massive gender imbalance in sports administration, coaching and general participation in India. All these factors resulted in integrating the sports programme within Project Nanhi Kali.

Before the COVID-19 induced lockdown, the sports component within the project was planned for two hours a week and roughly for 40 weeks in a year. In these two hours, the girls did certain sports and fitness activities, learnt about how the body works, and about menstrual hygiene and basic nutrition. Lisa Murowski, who has around 20 years of experience in playing soccer and lacrosse, is the main person behind weekly sports plans for the girls.

Despite the hiccups due to COVID-19, the sports programme continues to be an integral part of Project Nanhi Kali and has achieved significant milestones in roughly two years’ time. However, Mukherjee said that there was an initial phase during the start of the project when it was difficult to convince the girls to participate. For instance, in Ratlam district, Madhya Pradesh, “when we began floating the idea of incorporating sports [into the curriculum], initially there was a lot of resistance, linked to the perception of girls in our society. But it was a very short phase of hesitation. The younger girls started running around in the fields sooner than the older girls.”

In many other programme locations where Naandi has worked extensively over several years, the organisation holds a special place among girls and their families. This sense of identification and trust built over time was an integral factor in convincing parents to support their daughters taking to sports.

During the COVID-19 lockdown, many of the girls enrolled in the programme were stuck at home. Once the initial excitement around sports had been built, they did not need much of a push and began thinking of innovative ways to play. In Mumbai, for instance, the girls stay in tiny rooms. Mukherjee said, “When we asked the girls whether they are interested in football (we sent them a message via WhatsApp), there was a lot of enthusiasm. This was during the lockdown when they didn’t have anything else to do. We eventually bought 100-200 footballs but that is not enough for all of them to play. They did amazing things to improvise – using cloth, paper and covering it with some scrap leather.”

Nitish Chiniwar, the founder of Bridges of Sports, spoke to us about the importance of recognising talent that exists in rural areas and bridging the gap in accessibility of sports between rural and urban areas. The NGO, which is focused on nurturing professional athletes, primarily works in Uttara Kannada district in Karnataka. The organisation identifies young athletes and provides them personalised training and prepares them for a career as professional athletes or coaches. 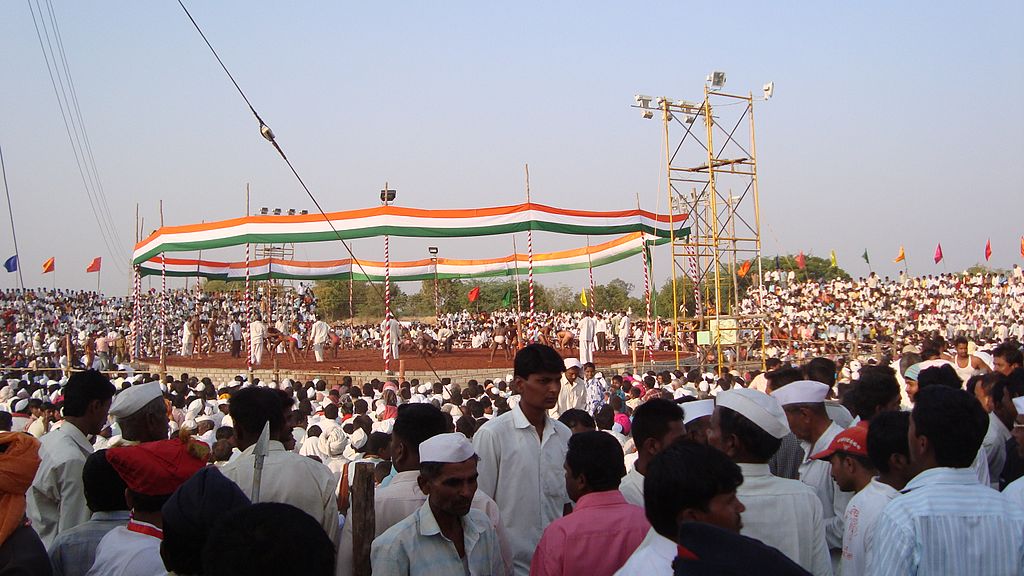 He explained that the bigger challenge is not the lack of talent or capacity for India to produce great sportspersons, it is the difficulties associated with bringing in coaches and training persons in rural and tribal areas and providing young athletes with the resources and support they need.

“The root problem is one of limited and ineffective participation, arising from the difficulties in gaining access [to serious sports training]. Much of the country’s talent remains undetected; it takes a degree of privilege to be a serious competitor,” wrote Anirudh Krishna, professor of Public Policy and Political Science at Duke University.

Also read: Of Sexism, Negligence, and Hope – the Women of IPL

Where can NGOs step in?

It is abundantly clear through our interviews and extensive research that India’s aspirations of becoming a sporting nation and achieving accolades in global sporting events will be incomplete without a sporting culture at the grassroots. While massive reforms are required at the governance level, the creation of local sporting cultures and making opportunities accessible to rural youth can go a long way in uncovering talent and bridging the equity gap in sports. This seems to be an area where NGOs can and have played a significant role.

However, there is a need to go beyond creating a culture around sports. Even with elite sports that attract significant resources, India does not have a particularly good track record supporting sportspersons through thick and thin. Many who get injured while playing are forgotten and are forced to take up different professions. The government needs to provide assistance – both financial and emotional – for athletes who are struggling or have had to take a temporary break from sports. Without this unconditional support, sports is unlikely to be viewed as a sustainable career. From the lens of equity, it is even more important that this safety net exists for persons who do not have alternate employment options to fall back on.

Another area where NGOs can step in is capacity-building of local youths to support sporting activities. Often, conversations around sports get limited to the perspective of participants. However, sportspersons themselves value the immense contribution of coaches, nutrition specialists, therapists and others. Recognising this, both Bridges of Sports and Naandi Foundation have invested heavily in training local youths to become better coaches. Not only does this provide meaningful employment, but if scaled up, it can potentially address India’s massive coach shortage.

Since NGOs have a better understanding of grassroot areas, they can connect private organisations interested in scouting talent, promoting a sporting culture and building academies to navigate those areas. “Sports are still nascent in India, and if we can build a culture or a system in the region where we are working, then maybe people from Nike will make academies not in Bangalore but in places where we want them to,” says Chiniwar. Civil society and private partnership have met with success in similar contexts across the world. If scaled up in India, it has the transformative power to discover and nurture untapped sporting talent.

It is worth contextualising the findings and suggestions from this series to the current moment. With the Tokyo Olympics around the corner, there has been renewed interest in reviewing India’s preparations and ensuring that our contingent is well-supported. However, if we want our sportspersons to perform, the spotlight cannot appear a few months before the Olympics. Working towards structural change, a strong sporting culture and grassroot mobilisation is the need of the hour for sustainable, long-term improvement and cementing India’s place in the world of sports.

Ranajit Bhattacharyya, Anoushka Gupta, Sugandha Vats, Avital Datskovsky and Pritha Bhattacharya are all associated with Pratham’s ASER Centre. The views expressed in this article are personal.