Ask Not What Indian Athletes Can Do for Our Country, Ask Why They Play Sport

An empathetic relationship with sport that wishes to understand athletes as people, and not reduce them to their practice, must allow an opportunity to reckon with the multiple struggles they face in their everyday lives.

Bharat ki betiyaan (India’s daughters), bharat ke sher/sherniyaan (India’s lions/lionesses), bharat ki shaan (India’s pride). It must be Olympics season when such phrases are bandied about with alacrity. They are supposed to invoke nationalist fervour, a reminder that India is not irrelevant to the sporting world. We can lay a few punches too. Should we feel proud as Indians when such rare victories come to pass? Why not! After all, don’t our athletes often say that the won their medal for India? National pride is a huge motivator when it comes to international competition, as many sportspersons and analysts tend to say.

The advantages do not just stop there. There are multiple facets to thinking about the nation in light of sporting achievement, as Prime Minister Narendra Modi was keen to remind India’s citizens this week. Pointing to the significance of the date, August 5, Modi argued that the men’s hockey team winning the bronze medal after four decades mattered for reasons beyond the long wait. It was on the same date two years ago that the reading down of Article 370 snatched away Jammu and Kashmir’s statehood while the following year, the Ram temple’s construction began in Ayodhya on August 5. The fortunes of the men’s hockey team here were pegged with the ideological project to build a Hindu rashtra. India feels proud, indeed!

Yet, by focusing on the nation, there is something else that our athletes tell us that is often lost when we think of them. Talk of winning something for the country drowns out other words that athletes say, sounds dimmed for the ear that is too keen to hear the national anthem during the Games and cheers of patriotic fervour. Indian athletes at the Olympics, though, continue to strike multiple moods.

Through their participation at the Games, our sportspersons point to alternative themes that cannot be analysed through the prism of a nation. By focusing on our athletes’ relation to Indianness, we risk reducing them to national heroes and not much else. An empathetic relationship with sport that wishes to understand athletes as people, and not reduce them to their practice, must allow an opportunity to reckon with the multiple struggles they face in their everyday lives.

Those who are keen to overdetermine an athlete’s relationship to the nation often harbour a transactional relationship with sport, where sportspersons exist as entertainers and sport itself is an entertainment industry. Cue the all-too-common reaction demanding answers from Indian participants at Olympics when they do not win medals, the implication often being that they failed the nation. In this view, athletes are turned into service providers who must deliver a return on the investment that the state makes on them. In reality, though, the Indian state in its neoliberal avatar engages in speculation. It makes these bets in the hope that some will land, thereby bringing good press to the government. 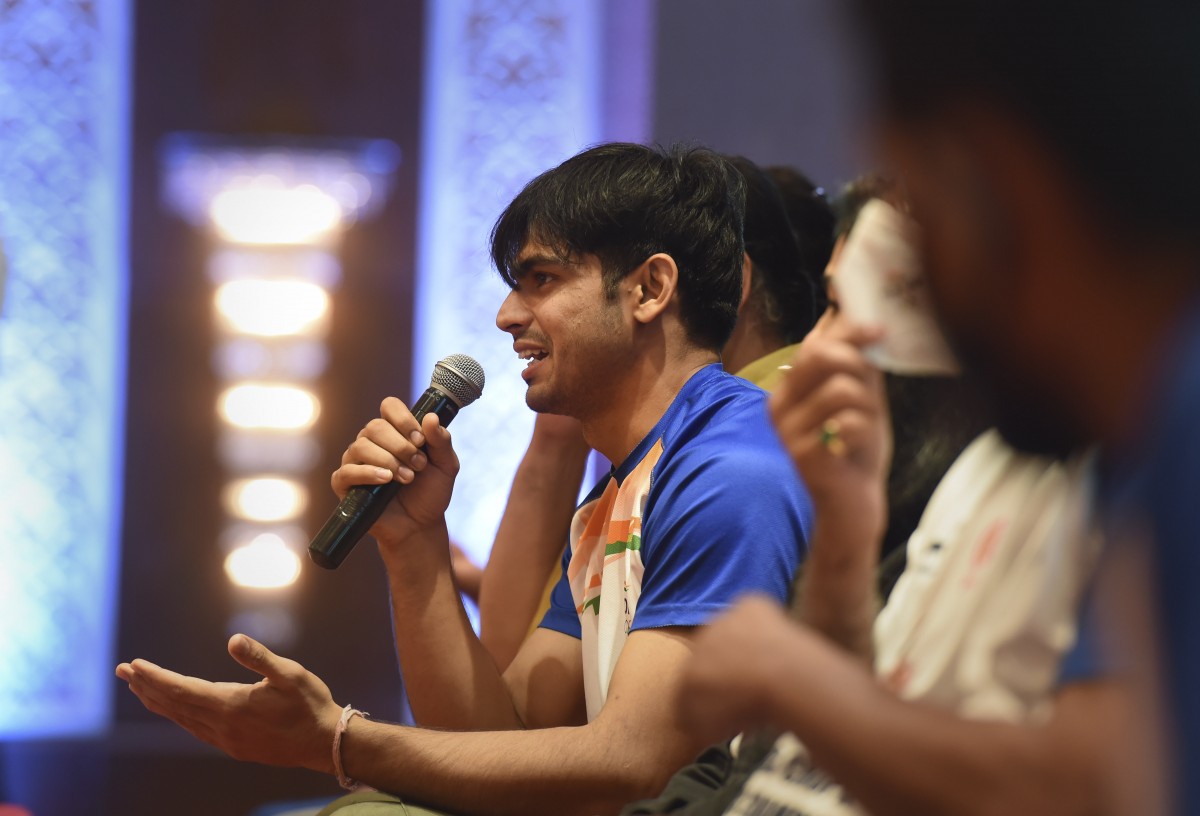 But what we find here is a lack of appreciation for what Indian athletes face, and how they manage to succeed despite everything that’s thrown at them. Quite often, the question is posed about India’s low medal tally relative to its population, indeed it has been asked again this time around too. No Olympic Games pass without comparisons of India’s performance with countries that have much smaller populations. Why has a country with over a billion people never won more than one gold medal at a single Games, the question goes?

Again, this question begs an answer from a nation. But the response can only arrive when we shift our gaze and focus on the material realities that our sportspeople encounter. Certainly, many Indian athletes experience common challenges that do not change dramatically from region to region. Even then the obstacles can sometimes be too steep. As gold medalist Neeraj Chopra’s ex-coach Uwe Hohn revealed earlier this year, Indian athletes cannot always rely on the best facilities and diet. That begs the question, what guides our sporting heroes? What could possibly serve as motivation enough for an athlete to endure such hardships?

Often, the answer sticks to the tried and tested theme. National pride and dedication to the country are prominent motifs in the stories that we often hear and tell about these athletes. What do we find, though, when we shift our analytical lens? Let’s take the example of Indian women in sport. When we retell their stories, it is useful to separate Indian and women. After all, every female athlete has a story to tell about the hesitation, the restrictions, and the doubt cast on her ability when it comes to participation in sport. These obstacles are gendered, and they are experienced by them as women. Some challenges are peculiar to Indian women and they must be contextualised, but their success is primarily meaningful because they experience them as women and not just as Indians.

These athletes are also asserting their right to play as women, representing the country is an afterthought. This important difference is often erased, for athletes are seen as monochromes. When they win, their identities are inseparably linked to the nation as they are often described as India’s daughters. The reaction to the the women’s hockey team in Tokyo, that emulated its best-ever display at the Olympics by finishing fourth, was once again guilty of seeing them only as the nation’s property. People wear masks and hold posters of Bronze medalist wrestler Bajrang Punia, to welcome him on his arrival at IGI Airport, after the end of the Tokyo Summer Olympics 2020, in New Delhi, Monday, Aug. 9, 2021. Photo: PTI/Ravi Choudhary

To truly appreciate the significance of female athletes participating and succeeding in international sport, we must attend to its relevance for gender politics. This is a national question for sure, but a global one too. The athletes themselves are asserting their right to play as women, their road to representing India is not as vexed.

Although that can be the case for some. When hockey star Vandana Katariya and her family were targeted by their neighbours with casteist abuse and celebration at India’s loss in the semis to Argentina, the reaction was marked by outrage that a player who scored a hattrick of goals in the previous match would be treated by her fellow citizens in this abominable manner. But the question of performing, or even not succeeding, for the country at the Olympics was besides the point here. Through their egregious act, Katariya’s upper caste neighbours revealed how threatened they were by a Dalit woman who refused to live her life on their terms. Seeing her excel at hockey made the choice clear for them, a loss for India was preferable to seeing Katariya reach unprecedented heights. If we think of Katariya here only as an Indian hockey player, we are likely to not understand the conditions that she and other Dalits encounter on the playing field and beyond. Indeed, the discrimination that she faces on account of her caste and gender help us truly appreciate the myriad obstacles she continues to overcome and challenge.

This is by no means a new situation for Indian athletes. 2012 London Olympics medallist M.C. Mary Kom has previously spoken about the unfavourable treatment she received from referees on account of her being a boxer from north-east India. The Google searches for Olympic medalists P.V. Sindhu’s caste or Lovlina Borgohain’s religion is just a small peek into the kind of identitarian concerns that many of their fellow citizens share. It is no surprise either to see most Indian Olympians talk about growing up poor and their desire to seek a better life through sport. Playing for the nation matters, after all that is who athletes represent in international competition, but they articulate different concerns as well.

Indian athletes say a lot of interesting things, and they do not always say them by merely identifying themselves as Indians. Among those interesting things lie seeds for a political education of the athletes and of those who dedicate themselves to sport. Maybe we should lend a willing ear.

Priyansh is an independent writer and a doctoral student at the University of Toronto. He tweets @Privaricate.