Any World Cup squad announcement is bound to be followed with differences of opinion over its composition, but the BCCI selection committee made the best of its options. 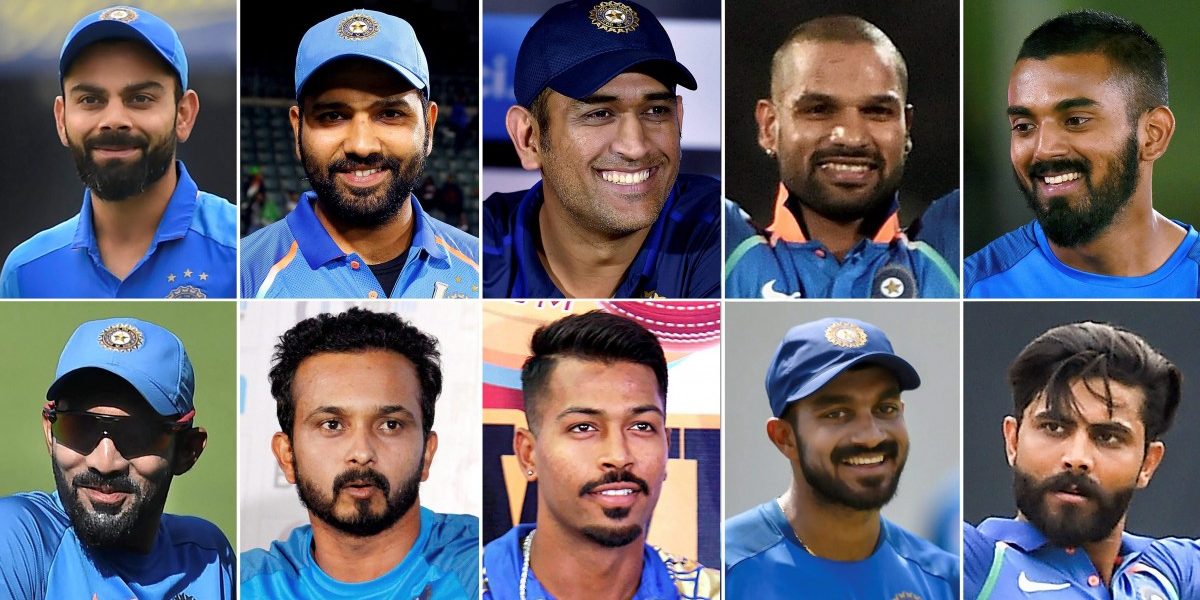 Some of the members of India's 15-member squad for the ICC Cricket World Cup 2019. Credit: PTI

Ambati Rayudu and Rishabh Pant were the major names to miss out as the Board of Control for Cricket in India (BCCI) announced India’s World Cup squad in Mumbai on Monday.

With only 15 spots available and most of them taken by players who have performed consistently over the last few years, the BCCI selection committee had few decisions to make. The more experienced wicketkeeper Dinesh Karthik was picked ahead of Pant, while Vijay Shankar edged out Rayudu thanks to his ‘multi-dimensional’ skills – in the words of chief selector M.S.K. Prasad.

The 15-member squad for this summer’s showpiece 50-over tournament will feature seven players who were part of the previous campaign in 2015, which ended in defeat to eventual champion Australia; 11 of them led India to the 2017 Champions Trophy final in England.

Two members, Virat Kohli and Mahendra Singh Dhoni, became World Cup winners at home eight years ago. And if we were to go further back to 2007, only Dhoni and Dinesh Karthik remain from the fateful campaign that met a shock end in the preliminary group stage. The wicket-keeping duo will reprise their role as the first-choice and the backup, respectively, twelve years later.

But it was the omission of India’s Test wicketkeeper, Rishabh Pant, that evoked the sharpest reaction once the squad was announced. The 21-year-old swashbuckling batsman has a mediocre record in the five ODIs that he has played for India, but there remains little doubt over his ability with the bat. Pant averages nearly 50 in Test match cricket. However, it is his ability with the gloves that left the selectors uneasy. Pant’s suspect confidence behind the wicket tilted the decision in favour of the more reliable Dinesh Karthik.

Also read: Indian Cricket’s Affection for the Military Has Cleared the Boundary

The Tamil Nadu wicketkeeper will be 34 by the time India starts its World Cup campaign against South Africa in Southampton on June 5. Karthik must count his stars as he did not even make the team when Australia toured India less than two months ago.

However, the prospect of handing over the gloves to Pant in case M.S. Dhoni suffers an injury during the World Cup pushed selectors towards the more experienced choice. K.L. Rahul is another option with gloves for India, but he may walk into the team on current form anyway. The biggest question for Kohli and the team management, headed by Ravi Shastri, to solve will be to identify who bats at number four.

Ambati Rayudu was given the longest rope without ever assuring anyone of his suitability for the role. Now that he has been dropped, Vijay Shankar is the favourite to replace Rayudu thanks to his capabilities with the bat and the ball; not to mention Shankar is one of the better fielders around.

But question marks will remain until the 28-year-old all rounder can offer resounding answers. Shankar did not make his ODI debut for India until January this year. Not once has he batted at number four for the team. Shankar could prove to be a handy medium-pacer in helpful English conditions but it is with the bat that he must prove his worth.

If India finds itself wary of fielding a greenhorn at the World Cup, the other option is to push skipper Kohli down to number four and ask K.L. Rahul to bat above him. It is a move that should work in theory as Rahul is an accomplished top-order batsman. But it would also mean that Kohli will face fewer deliveries.

The success of India in the one-day format has been built on the magnificence of its captain, as Kohli has made a mockery of most ODI batting records. He is part of a marvellous top-order that features Rohit Sharma and Shikhar Dhawan as openers – a troika that could legitimately claim to be the greatest top order in limited-overs history. But if the middle rung of batsmen continues to be the Indian team’s soft underbelly – especially in light of M.S. Dhoni’s waning skills as a finisher – Kohli may decide that a change to the batting setup is necessary.

Among the bowlers, though, there are no such worries. Predictably, no surprise change was announced on Monday as India will go into the World Cup with arguably the best bowling attack in the tournament. Jasprit Bumrah is the leader of the pace unit, with Bhuvneshwar Kumar and Mohammed Shami expected to alternate as his support act.

Hardik Pandya and Vijay Shankar will also bring different seam options with the ball, although India might be the only serious contender at the World Cup without a left-arm pacer. In the last 20 years, only the 2007 World Cup did not have a left-arm quick bowler on top of the wickets pile. However, considering the abilities of those who did make the squad, the absence of a left-arm seam option is unlikely to affect India’s plans in England.

Four, as-of-now unnamed, fast bowlers will accompany the squad in case of an injury to the prized Indian pacers; the stand-bys will also serve as net bowlers. Although no changes are likely to be forthcoming for the announced squad, all sides are free to alter the composition of their teams until May 23. After the deadline, any replacement will have to be approved by the World Cup technical committee.

Like the quicker bowlers, India’s spin contingent is blessed with variety too as Kuldeep Yadav, Yuzvendra Chahal, and Ravindra Jadeja made it to the final 15; Kedar Jadhav’s part-time off-breaks are more than useful. However, for the first time since the 1992 World Cup, India did not select a specialist off-spinner. A World Cup winner in 2011 and a member of the squad four years later, R. Ashwin slipped away from the reckoning for ODIs a while ago.

Any World Cup squad announcement is bound to be followed with differences of opinion over its composition, but the BCCI selection committee made the best of its options. Barring the middle order, the rest of the team is stable and it possesses a mighty record in ODI cricket.

It will be nothing less than a shock if India fails to make it to the semis. It will certainly not be a major surprise if Virat Kohli lifts the World Cup trophy at Lord’s on July 14.