Mohammed Siraj was allegedly called a "Brown Dog" and "Big Monkey" from the stands. 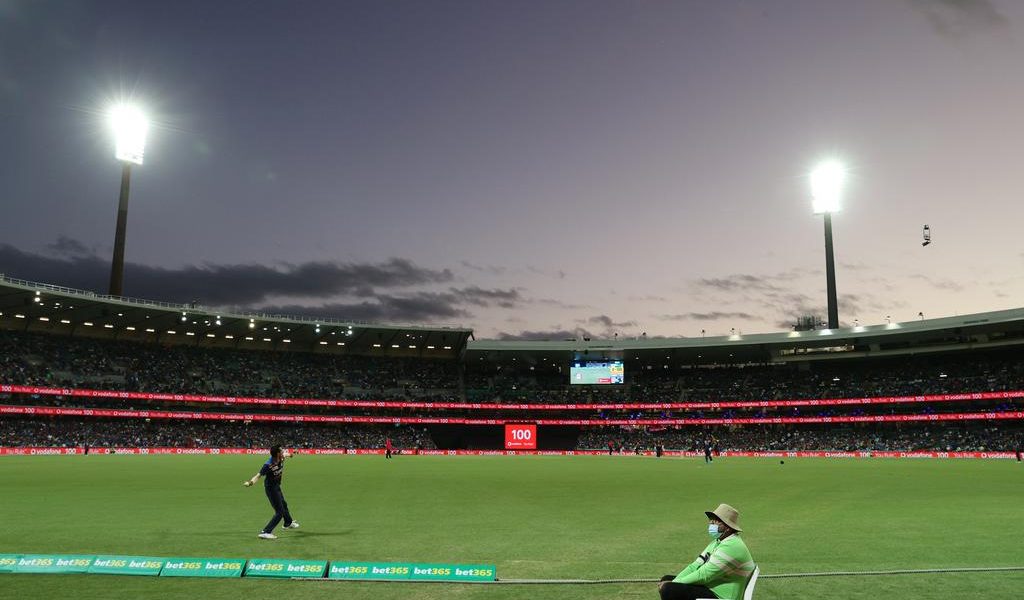 New Delhi: Indian cricketers, especially pacer Mohammed Siraj, endured racist slurs from the crowd for a second successive day in the third Test against Australia in Sydney, causing a brief halt in the fourth day’s play, expulsion of some spectators from the ground and an all-round condemnation of the incidents.

Siraj, still grieving the death of his father a little over a month ago, was called a “Brown Dog” and “Big Monkey” from the SCG stands, BCCI sources told PTI.

The 26-year-old, on his maiden tour in Australia, followed the protocol and promptly went up to his skipper Ajinkya Rahane and the on-field umpires, who halted play for about 10 minutes and called in the security, which evicted six people. “We had decided Saturday evening that if something like this happens again, we will immediately identify them,” an Indian team management official told the Indian Express.

This was after the bowler and his senior pace partner Jasprit Bumrah were abused by a drunk man on Saturday. The BCCI has already complained about it to ICC match referee David Boon.

“As series hosts, we unreservedly apologise to our friends in the Indian cricket team and assure them we will prosecute the matter to its fullest extent,” said Sean Carroll, Cricket Australia’s head of integrity and security, in a press release affirming zero tolerance to racism.

“Once those responsible are identified, CA will take the strongest measures possible under our Anti-Harassment Code, including lengthy bans, further sanctions and referral to NSW (New South Wales) Police,” he added.

BCCI secretary Jay Shah offered the first official response from the Indian Board, saying that “racism has no place in our great sport or in any walk of society.”

“I’ve spoken to @CricketAus and they have ensured strict action against the offenders. @BCCI and Cricket Australia stand together. These acts of discrimination will not be tolerated,” he tweeted, tagging BCCI President Sourav Ganguly, who is recovering after undergoing an angioplasty a few days back.

In Dubai, the ICC also issued a statement, condemning the turn of events and seeking an action taken report from CA.

“Look, I would like to point out something. This is my fourth tour to Australia. Sydney, especially here, we have had a few experiences even in the past,” Ashwin said. “I personally experienced it as well. They do tend to get nasty. I don’t know why or for what reason,” he added and called for an iron fisted response to such diatribes.

Australia coach Justin Langer expressed his disgust too, calling racism one of his greatest pet hates. “I mean, I have hated it as a player, I have hated it as a coach, we have seen in different parts of the world, it is really sad to see this happen in Australia,” he said, disappointed that racial abuse has overshadowed the engaging cricket that has been played in the match.

Australia looked on course for a victory after setting the visitors a target of 407 on Sunday. At stumps, India were two down for 98.

On Saturday, the abuses were directed at Bumrah and Siraj while they were fielding during the Australian second innings.

India’s regular skipper Virat Kohli, who is on paternity leave right now, offered his support to the team via social media. Kohli was at the receiving end of some abuse during the 2011-12 Test series and had copped criticism for responding to it with an obscene gesture towards the crowd.

“Racial abuse is absolutely unacceptable. Having gone through many incidents of really pathetic things said on the boundary lines, this is the absolute peak of rowdy behaviour. It’s sad to see this happen on the field,” Kohli tweeted.

The series is currently locked 1-1 and the finale is scheduled in Brisbane from January 15.