FIFA World Cup: The Anatomy of a Thrashing

The only teams to lose by a five-goal margin at this tournament till now have been sides with the lowest valuation. 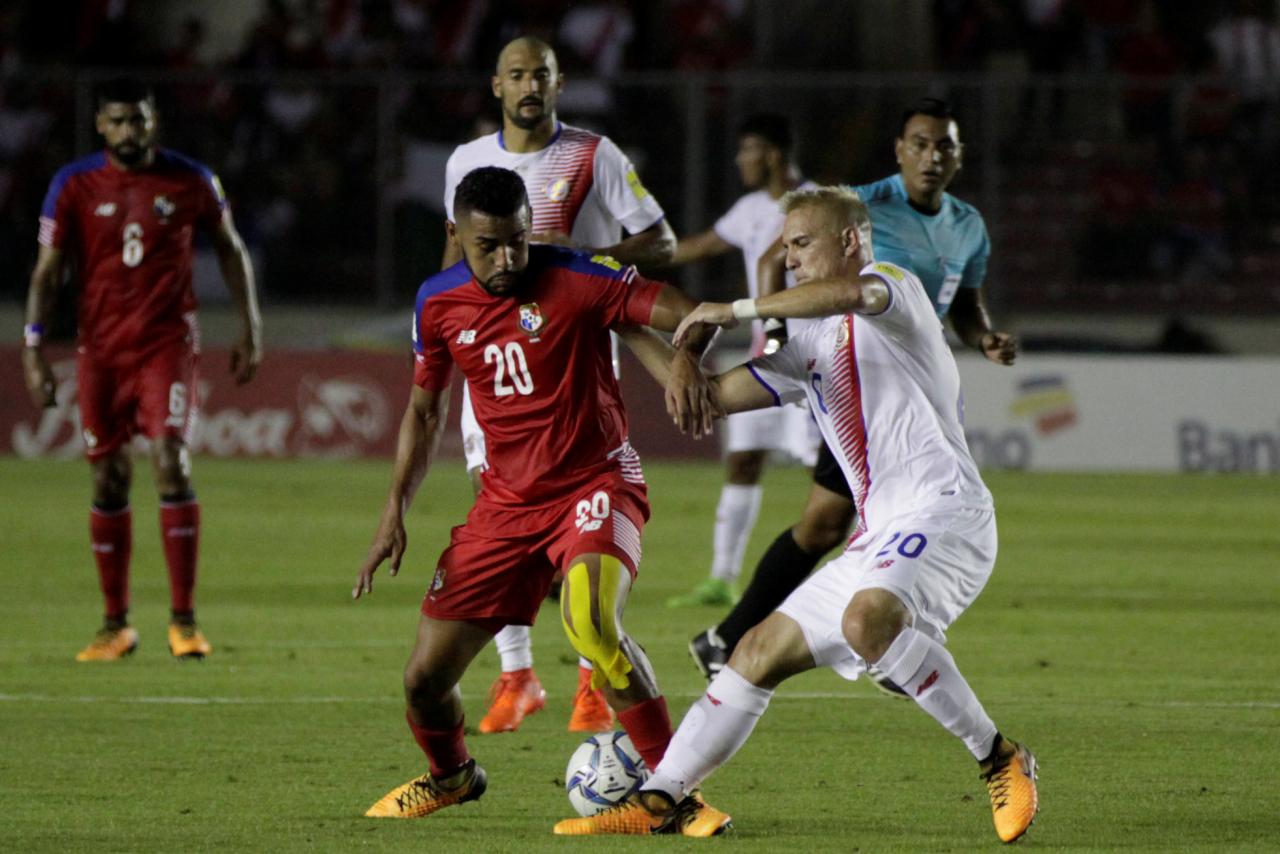 Nizhny Novgorod, Russia: The night before Panama was knocked out of the World Cup, there were tears. Not too many, for the fan who spoke with me was wary of letting emotions get the better of him. He was speaking to a stranger after all. But the meaning of Panama’s participation at the World Cup overwhelmed him.

The trigger was the simplest of questions: “Who is the biggest football star in Panama right now?” The middle-aged Javier Martinez, a cable company professional in Panama City, started talking about Roman Torres and his goal that took Panama to the World Cup. Martinez had been sober until then as he shared his thoughts on Panamanian football.

But as he recalled the moment when his daughter called him to share the news – Martinez was in Mauritius for some work – his eyes welled up, bloodshot to match the colours of Panama. His inability to watch the decisive qualifier against Costa Rica had not alienated Martinez from the happiness that had engulfed the nation; a national holiday was promptly announced for the following day. The joy at qualification must have been amplified by the fact that it had been achieved at the expense of the USA. Panama had come into existence in the early 20th century when Theodore Roosevelt sought to manufacture an American equivalent of the Suez canal. To realise this goal, Colombia was forced to give up the coveted land in the face of the US’s might.

The months since qualification have been spent by Martinez and many others in planning a trip to Russia, a sojourn that will come to an end next week when Panama plays Tunisia in Saransk.

Panama’s 1-6 thrashing at the hands of England on Sunday, however, did not bring forth any tears. But the result was no less significant in the context of the World Cup. Every four years, the debate rises whether the tournament has too many teams, or whether a region is under- or overrepresented. The question brings to light racial, economic and political divides, concerns that have assumed more significance in light of the shift to a 48-team World Cup in 2026.

No other team brings this debate to the fore better than Panama at this World Cup: a first-time participant struggling to compete against national teams who inhabit an alternate financial reality. The Panamanian top division league only has 10 teams, with crowds rarely numbering more than 5,000. The primary interest, like in many countries that do not boast of a robust defensive competition, is hoarded by La Liga and the Premier League.

The opposition sides faced till now by Panama at this World Cup were assembled at a budget beyond the imagination of Los Canaleros (The Canal Men). Before losing 1-6 to England, Panama suffered a 0-3 defeat against Belgium in its opening game. According to data provided by the redoubtable Transfermarkt website, the collective value of the English and Belgian squad is £786 million (Rs 7,087.3 crore) and £678 million (Rs 6,112.8 crore) respectively. Panama is the lowest valued team in this World Cup, at £7.40 million (Rs 66.7 crore).

It is no wonder that the only teams to lose by a five-goal margin at this tournament till now have been sides with the lowest valuation. Saudi Arabia, with about £17 million’s (Rs 153.2 crore’s) worth of players, is second from bottom. But its influence exceeds Panama. Saudi Arabia is considered among the liveliest hubs to market football – a belief affirmed by La Liga, Spain’s top division, when it struck a deal last year with the Saudi Arabia Football Federation to promote its competition in the country while nine members of the national team were signed on loan by Spanish clubs.

Panama, with a population of four million, can offer very little in comparison. As coach Hernan Dario Gomez commented after the match against England, “We are premature babies but even so, we have to celebrate being here.” And celebrated they have. Around 4,000 people joined Javier Martinez in the Nizhny Novgorod Stadium to witness Panama’s first ever goal at the World Cup on Sunday.

Although Hernan Gomez, a Colombian national, has been to the World Cup before with Colombia and Ecuador, the significance of 37-year-old Felipe Baloy’s late strike was not lost on him. “I felt very moved. He is a player who will be retiring very soon. When you are a debutant at the World Cup, the first goal is even more enjoyable.”

It was important that Panama gave the moment its due, for such glorious occasions are unlikely to be frequent. Even on an afternoon that allowed Panama a moment to overlook its World Cup exit, Gomez was keenly aware of the quality separating his team and the ‘giants’. “I feel we could have conceded even more goals. There is a huge difference between the teams. We tried to avoid a bigger catastrophe, by keeping the ball more in the second half. I felt scared at half-time. We could not look to reduce the deficit. We were feeling rather frightened at the gap between us and England. We are like a small, young child. We have to learn so much.”

The learning will have to go beyond football. Panama’s fans recognise the fact that they may not return to the World Cup until it expands to 48 sides. Even though it is a decision that has caused much consternation inside and outside football, there is a case to be made for it when one considers what it means for smaller nations to get their moment. (Interestingly, for some Panama fans, their World Cup debut allowed the country an opportunity to move away from the shadow of the Panama Papers as well.)

But stagnation in the world of football is a real risk. Now that Panama has taken its bow at the big stage, fans will expect more, even if their dreams lie outside the realm of realism. Coach Gomez had spoken about the shifting nature of objectives on Saturday: “We know fully well that people are supportive back home despite the 3-0 loss. But just as the country is pleased right now, tomorrow or the day after they could hate us. Ninety minutes of football can change your life.”

The 90 minutes against England were not as significant but this Panama side has been through a lot more. Last year, the team lost one of its senior members when Amilcar Hernandez was gunned to death when he was leaving home. He was an integral part of the team, having represented Panama 85 times. A 1-6 defeat to England is a blip in that context.

Armed with that recognition, Gomez could even offer gracious praise to his opposite number Gareth Southgate at half-time, even though the game was not officially over. Panama stood on the brink of a catastrophic score line and its fans had spent between $6,000 and $8,000 (Rs 4-5.5 lakh) to follow the team’s fortunes – but nobody was complaining. A simple reality informed their actions, neatly summed up by Gomez after the match: “People have so many things in Europe and the US and we do not; we lack everything.”

But at least Panama is happy to be at the World Cup. It is a joy not to be overlooked, even if it is expressed through tears.