Siraj, Sundar and Natarajan Are the Real Representatives of New India

A cricket team can’t redeem a nation, but it can represent the better angels of its nature. 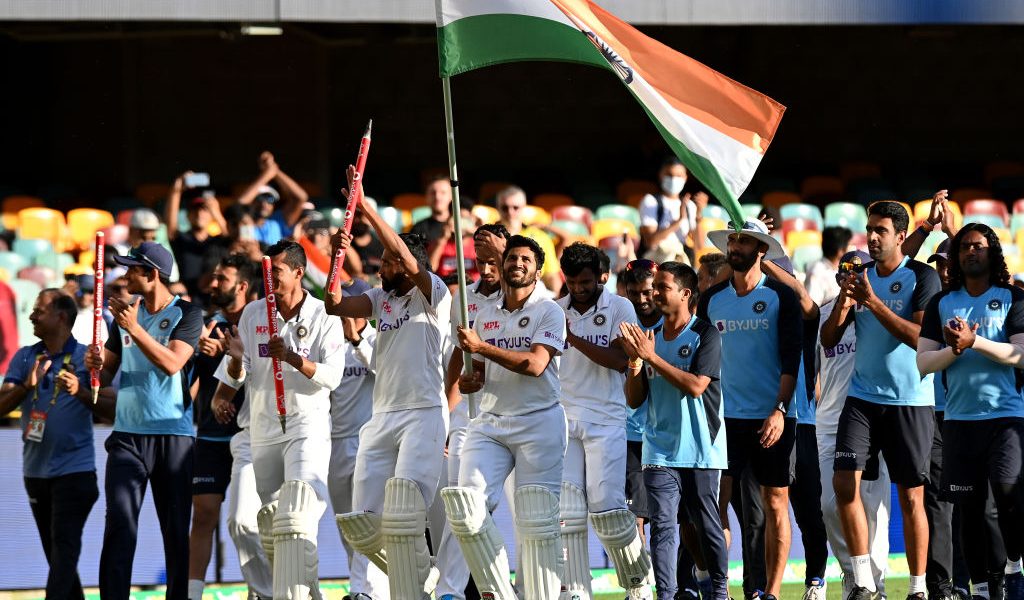 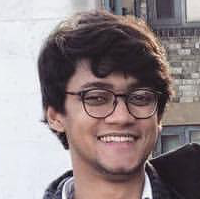 “The most Australian non-Australian cricketer of all time,” is how Greg Chappell described the Indian captain in the run up to the Border-Gavaskar trophy. For Chappell, this threw Virat Kohli’s manner into sharp relief against Indian cricket’s ‘deferential’ style in the past. ‘Tough but fair’ has been Australian cricket’s self-congratulatory assessment of itself, and Chappell cast Kohli in that mould. Asked at a press conference about Chappell’s comments, Kohli found a tactful way of accepting the compliment. “…I have always been myself. The way my personality and character is,” he said, “I think it is a representation of the new India.”

Sport-obsessed countries elevate the national pastime to a higher purpose. If the nation is an imagined community, part of that imagining happens on cricket pitches, television screens, and the back pages of its newspapers. Kohli’s claim to represent a new India raises a prior question: how do sporting teams represent their nations at all? Political representation requires authorisation and accountability. Through elections, voters authorise their representatives to implement promised sets of policy. If they fail to deliver, voters can kick them out the next time around. We don’t tell cricketers how to play, and when they lose, it isn’t the people they represent who penalise them – only a cynic would insist that the Indian cricket team represents not India but the Board of Control for Cricket in India.

It’s useful to think about what sportsmen and women mean when they say, “It’s an honour to represent my country.” Orwell famously said that serious sport was “war minus the shooting”. Like war, sport is about winning, and the honour of playing for your country comes from being recognised as the best your country has to offer. Extraordinary ability, paradoxically, is what makes national teams representative.

Or does it? In 1977, Kerry Packer’s World Series Cricket, a rogue private tournament, poached the world’s best cricketers from their national teams. The International Cricket Conference’s response was to deny WSC matches Test status and bar rebel players from playing for their countries. National teams shorn of their best talent were not just at a competitive disadvantage, World Series Cricket, had it gone on, could have created a serious crisis of legitimacy.

As it happened, the tournament only lasted two seasons. Haemorrhaging money, Packer reached an agreement with the Australian Cricket Board in 1979 and the players who played for his teams were gradually accepted back into the national fold. Between 1977 and 1979 however, depleted sides for both Australia and the West Indies, led by Kim Hughes, Bob Simpson and Alvin Kallicharran, represented their countries without caveat. No asterisk marks the record books to suggest these teams were manned not by the best, but quite literally the rest. The Packer affair shows that a national team’s representative character is a fait accompli. A team is not the national team because it represents the best in the nation, a team is representative because it is officially the national team.

In the wake of a series as unlikely as the one that we’ve just witnessed, this doesn’t begin to explain the warmth and affection that Ajinkya Rahane’s team has inspired amongst desi fans. It describes the institutional arrangements that govern the sports we follow, but says nothing about how people find meaning and identity in sport. The journalist Jonathan Wilson has written a fine history of Argentinian football, in which he describes how central the sport was to the development of an Argentinian national identity. In a young country experiencing waves of inward migration, anyone who backed the blue and white on the football pitch was considered Argentinian. From there, the definition of a national style of football was a natural next step.

Borocotó, editor of the influential Argentinian magazine El Gráfico, was keen to distinguish this national style from its European counterparts. He rooted it in the football played in the slums and alleys of a newly urbanising country, arenas that prized dribbling ability and cunning over what were perceived as the “English” virtues of stamina and running. Nationalist narratives are often oppositional in character, and in this case the English, as exporters of the game and as embodied by occasional touring sides, were logical targets. In 1928 Borocotó wrote of the “pibe [urchin] with a dirty face, a mane of hair rebelling against the comb; with intelligent, roving, trickster and persuasive eyes and a sparkling gaze… His knees covered with the scabs of wounds disinfected by fate; barefoot or with shoes whose holes in the toes suggest they have been made through too much shooting. His stance must be characteristic; it must seem as if he is dribbling with a rag ball.”

This prescient portrait foretold Diego Maradona, not just Argentina’s most talented star, but Borocotó’s ideal of Argentinian football made flesh. Sport is enjoyable on its own terms, purely as a contest between gifted individuals but most people invest it with greater meaning. Maradona was el pibe de oro, the Golden Kid, the boy from the slums who made it. He represented the aspirations of a people, but more than that, he helped them believe that their way of doing things, their brand of football, could be the best in the world.

Also read: What Do They Know of Diego Who Only Diego Know?

India’s relationship to its cricket team over the last 40 years begins in a different place. Despite winning the Cricket World Cup in 1983, the Indian team was some way off being the best in the world. The professionalisation of the game in the 1990s and the increasingly fabulous material rewards it offered those playing it at the highest level, coincided with the new prosperity liberalisation brought to India’s urban middle class.

A middle class afforded new forms of consumption was also open to new, and borrowed, ways of being modern. In an anthropological essay, ‘The Cultural Costs of a Globalized Economy for India’, written in the late 1990s as liberalisation took hold, Satya P. Sharma noted changes in the romantic habits of young people, the adoption of Valentine’s Day and the “feminization of the workforce”. The essay documented increases in technological piracy, prostitution and fast food, and remarked upon a shift away from the learnt frugality of autarkic India.

This combination of aspiration and insecurity resonated in the cricketing world, an arena that has long had its own hierarchies of achievement. Home wins for England and Australia turn grounds like Edgbaston and the Gabba into fortresses. Home wins for subcontinental teams come with caveats attached. Winning test series abroad, on pitches that favour fast bowling, is the standard by which greatness is measured for Indian batsmen.

By the end of the decade that began with liberalisation India had assembled a world class batting line up. Dravid, Tendulkar and Laxman, with Ganguly as captain, were joined by Sehwag in late 2001. It’s the memory of this period of cricket history that produced a sense of déjà vu when I first read Kohli’s comments about representing a new India. In his autobiography, A Century is Not Enough, Ganguly sets out the two aims of his captaincy, “One, I wanted the team to perform well overseas. Two, I wanted to change the body language and attitude of the team. I had observed the body language of overseas captains and players and thought we must replicate the same.”

This invocation of ‘body language’, father to the now ubiquitous talk of ‘intent’, papered over the many cracks in Ganguly’s captaincy. As Kartikeya Date has definitively shown elsewhere, the nostalgia for Ganguly and the claims entered for his leadership, have less to do with cricket than the anxieties of a nation trying to shape a modern identity for itself. The great team of that era was Steve Waugh’s band of snarling Australians, which burnished the idea that aggressive cricket was winning cricket. Ganguly’s peculiar brand of blinking, uncertain aggression may not have won us many Test matches, but the idea it was derived from lives on.

That was the circle Kohli was trying to square when he sidestepped Chappell’s compliment. It’s thrilling to watch Kohli seemingly bend matches to his will, and the sometimes jagged competitive edge he brings to the game has a very real appeal. It’s no coincidence that young men and boys imitate the way he styles his hair and beard, or that he’s the face of Manyavar, a men’s “celebration-wear” brand. But how do you own a brand of cricket that you’ve borrowed?

We could do it by playing variations on a foreign theme. We could say that over a period of 20 years, New India raised its own breed of aggressive, chest-out cricketers. Intent, character, body language, could be the loan words we use to tell the story of this miraculous series.

The truth is more interesting. Washington Sundar, T. Natarajan, Rishabh Pant, Shubman Gill, Shardul Thakur and Mohammad Siraj, the assembly line of players forced into the limelight by injury, represent an unprecedented state of affairs in Indian cricket history. In the last decade the BCCI has supplemented the existing infrastructure of first class cricket with IPL scouting networks and a generation of talent has been exposed to quality international coaching and high pressure T20 cricket. The promise of liberalisation – conspicuous consumption paired with general prosperity – has been redeemed within the narrow bounds of Indian cricket, if nowhere else. The IPL has made playing cricket a lucrative livelihood for a hugely expanded group of players.

The story of the Border-Gavaskar tour, 2021, is not one of aggression, or of ‘mental disintegration’ reinvented in the East. It’s the story of a group of young, recognisably desi cricketers, Indian examples of Borocotó’s pibe. Natarajan’s father was a weaver before he joined his mother to help run a fast-food stall. Shardul Thakur travelled six hours a day to be able to play cricket. Mohammed Siraj’s late father drove an autorickshaw to make a living. Instead of a rag ball on slum lots, our heroes played gully cricket with tennis balls.

Their stories are tales of transcendence, of magical social mobility. They are evidence that you can play brave, winning cricket without a snarl on your face. The affection they have inspired in India and outside it, is a tribute to this come-from-nothing charisma. But perhaps their most important contribution is to remind us that a Mohammed Siraj, tearing up as the national anthem plays, is, within cricket’s closed communion, the face of modern India. A cricket team can’t redeem a nation, but it can represent the better angels of its nature.

Raghu Kesavan lives and works in London. He tweets at @raghukesavan1.