With out-of-competition testing on hold and most athletes having no access to training centres, they may turn to drugs to remain fit.

A technician walks down the hallway at the Doping Control Laboratory, at the National Institute of Scientific Research Centre (INRS) Institute Armand-Frappier in Laval, Quebec, Canada January 15, 2018. Photo: Reuters/Christinne Muschi 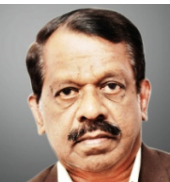 The call was from a top athlete in COVID-19 quarantine.

“Doc, I am caged now. No competitions, no training, no gym facilities and no food supplements. I can’t even get into the swimming pool for some relaxation. My muscles have gone flaccid and weak. My tummy is showing up and I am putting on weight. Since I don’t train, I don’t feel hungry as well. My speed and strength which I have built over the years have gone down the drain. I have no clue    when I will be able to restart training or start competing. How do I rebuild my fitness within the four walls of my room now? Can you help me out?”

That was a wake-up call for anyone who is familiar with the doping menace in sports.

Drug abuse in sports, better known as ‘doping’, has taken strong roots across the world and athletes use it as a short cut for performance enhancement. Though considered against fair play, doping can achieve better results, even to the extent of creating Olympic and world records. The International Olympic Committee and other sports governing bodies have taken serious note of the doping menace in sports and have come forward to control it. The establishment of the World Anti Doping Agency (WADA) in 1999 was a step towards this. Governments as well as international sports federations are signatories to the WADA Code in their fight against doping in sports.

The WADA Code has banned drugs for performance enhancement. Athletes who are found guilty of abusing drugs  for performance enhancement are sanctioned with major penalties, which may extend from reprimand to a life ban from sports. The WADA list of prohibited drugs is too long and includes medication which is routinely prescribed for various ailments starting from the common cold to diabetes, blood pressure, heart and kidney problems, to stunted growth, cancer and so on. Athletes are constantly warned against inadvertent medication which can amount to a doping offence.

Also read: Postponing The Olympics May Not be As Bad an Idea As We Think

Doping is a complex game. There are drugs which are specific to different sports. A marathon runner or cyclist may use the drug erythropoietin to enhance endurance capacity, a 100-metre sprinter or a weightlifter may prefer an  anabolic steroid which gives power. An archer or a shooter may like to make use of beta blockers to steady her hand  while shooting and a boxer will use diuretics to pass more urine and thereby reduce body weight to compete in a lower weight category. Name the sport, and there is a drug which can enhance performance.

Doping is also an art. The doper knows when to start taking the drug, how long to take it for, how much to take and when to stop taking it so that he can escape from getting caught when tested. When taken, the effect of a drug remains within the body for a certain period of time – from a few hours to a few months.

Seasoned dopers are fully aware of the washout time of the drugs. Short-acting drugs like stimulants need to be consumed at the time of the competition to get the full advantage. In the case of long-acting drugs like anabolic steroids, they remain in the body for days or months depending on the route of administration: orally or intra muscularly. For anabolic steroids, which are a derivative of the muscle-building male hormone testosterone, the washout time is normally 2-3 weeks if taken orally but can remain in the body for longer periods – even up to 18 months – if injected.

Dopers take full advantage of this knowledge and consume anabolic steroids orally during their training phase to develop their strength and explosive power through muscle hypertrophy, and then stop taking the drug days before  the competition so that they can escape from a positive test when tested in competition. WADA is well aware of this methodology and in order to catch such dopers, it has come up with ‘out-of-competition’ testing.

As per the WADA code, an athlete can be asked to undergo drug tests any day, anytime, anywhere during training, during competition and even during their vacation. Refusal to undergo testing will be considered as positive test and sanctions follow. Out-of-competition tests are done without giving any notice to the athlete. The success of doping control lies largely on such out-of-competition tests.

The ongoing COVID-19 pandemic has thrown the world of sports out of gear. All types of training and competitions, including the Olympic Games, have come to a standstill. Athletes are now confined to their homes or within cubicles in training camps. Running tracks, gymnasiums, swimming pools, sauna baths and physiotherapy units, where they used to train, recover or relax, are out of bounds now.

Also read: Sport in the Age of the Coronavirus

Since their training is not intense, their nutritional demands are much less. Their hunger and sleep are compromised. Obesity and body weight problems are catching up with them. Physical abilities like speed, power, strength, endurance, agility, flexibility and coordination, which they have painfully built over the years to meet the demands of their sports, have started deteriorating fast.

Pushed against a wall in their quest for fitness, it will be a pity if these athletes go after prohibited means and methods to attain, sustain and enhance their physical fitness during the lockdown. Doping might offer them a viable way to get fit during these hard times. There is no dope test threat hanging over their heads during  this period, as WADA and other international sports governing bodies have taken a forced vacation. It could happen that that athletes will take advice on doping from quacks and experiment with all types of drugs.

COVID-19 embargoes have, unfortunately, offered a safe haven for athletes all over the world to use performance enhancing drugs. With drugs like anabolic steroids and erythropoietin freely available in the market and with help from coaches who are genuinely concerned about the fitness of their trainees, the time is now ripe for athletes dope. When the embargoes are lifted, the athletes will conveniently stop taking drugs to escape from getting caught. For Indian  athletes, the situation is more conducive  for doping now as the National Dope Testing Laboratory (NDTL), Delhi is closed at present after its de-accreditation by WADA in September last year.

Dr P.S.M Chandran is a Member, Disciplinary Panel, National Anti Doping Agency (NADA) India and Former Director, Sports Authority of India. He was the Indian Contingent doctor for the Olympic Games & Asian Games and presently he holds the post of President, Indian Federation of Sports Medicine.