We as a country, are chronically guilty of appropriating pride from the personal achievements of athletes. 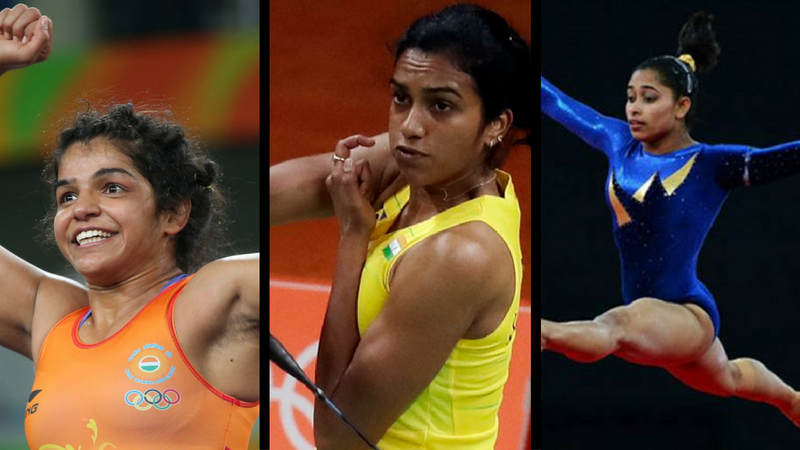 Sakshi Malik, P.V. Sindhu and Dipa Karmakar: The Olympians who made headlines this year.

It appears that we have grown to become a nation with sporting aspirations of Olympic proportions. To fuel those aspirations, we will hold our athletes to the very highest standards. A few exceptional individual athletes, largely left to their own devices, have met these standards over the last decade. That has converted aspirations and hopes into expectations. This meant that the two medals won by Indian athletes at Rio were celebrated with equal measures of pride and relief.

Yes, the Indian Olympic Association is in the intensive care unit, barely breathing. True, most federations have been run so poorly that the sports ministry is constantly working on innovative ways to dis-intermediate them and fund elite athletes directly. No doubt, even the best sports infrastructure we have, built with promises of a grand CWG legacy, is lying either unused or heavily underutilised.

Equally, some Indian athletes have found their way to being their best, with inspirational coaches and mentors, and parents who have taken leaps of faith that would win at least the local long jump competition. They have innovated together, using rudimentary training tools, old scooters instead of vaults even. Others have travelled abroad to surround themselves with expertise that gets them to their best. Alternative realities have had to be created, these have not necessarily been served on a platter as part of any plan.

What is common between the narratives in the two paragraphs above? It is people. Countries don’t create Olympic medalists, people do.

Funds are important. But they are pointless if they aren’t deployed smartly. Infrastructure is valuable.  But only if one knows how to use it to train, improve and excel. Laws governing tenure and ages of administrators and regulating federations are helpful, even essential. But they don’t automatically help make better decisions. Apathy, cheating and corruption are human behaviours, not institutional. So are inspiration, encouragement and coaching.  It is people of all hues who bring sport to life. Through their acts and omissions they add winning attitudes and techniques to available athletic aptitudes. It is people who make or unmake champions.

Beyond the two medals, history must also record that 2016 had India’s largest ever Olympic contingent, with significant representation of men and women across the social and geographic spectrum of the country. At least a dozen athletes left for the Olympics with medal aspirations that were grounded in past performances.  Many got very close to medals. Look back a decade and this in itself is an achievement.  The medal tally will not show the gains made on these counts. These gains are products of multiple genuine efforts pushing for change and that must not be forgotten.

But, today, India does not have an Olympic programme. Hand on heart, we will not be able to name more than a handful of athletes who will represent us at Tokyo 2020, an event that commences less than 4 years from now.  We do not even qualify for most of the team sports – perhaps we are not yet ready with the depth of talent, coordination and systems they demand. We are largely out of contention in sports such as swimming and athletics, where dozens of medals lie. We claim that there are certain ‘focus disciplines’ we have inherent capabilities in, though that assessment is based on the anecdotal successes of individual athletes that no ‘system’ produced.  Just like stock disclaimers say, past history is not an indicator of future performance.  We are getting better and more competitive organically but so are others across the world.

There are no magic bullets, or else our shooting contingent would have certainly used them. Training techniques and what goes into the ‘making of an athlete’ are widely known in the age of global information, no longer hidden behind walls or blocs.

So, what must give?  In truth, the answer lies very close to home – because the answer is all of us.

Will we be willing to pay reasonable amounts for our children’s sports coaching, so that community coaching can be a genuine career option? Will we allow the kids to play the extra couple of hours a week, despite the exams around the corner? Will we support the obviously talented junior athlete, who does not have her own means? Will we buy sports merchandise and tickets to the match instead of trying our best to get a free handout? Will we stop our talented wards from fudging their ages to play an extra year of the junior tournament? Will we stand up and contribute efforts to sport administration and development with no personal agenda?  More than anything else, Indian sport needs a coalition of the willing.

The joy of sporting achievements is available for all to enjoy and benefit from. But until we can consistently answer the above questions in the affirmative, there is no good reason to either feel terrible about the failures or to take credit for the successes of our Olympic athletes. Until that time, we must not only stop outsourcing great public responsibility to our elite athletes but should also not attempt to privatise pride from their personal achievements. Sporting achievements start with each one of us and the investments we make in sport are truly investments in us all.

Nandan Kamath is a sports lawyer and managing trustee of the GoSports Foundation, a non-profit supporting the journeys of junior Olympic athletes and Paralympians through CSR partnerships.