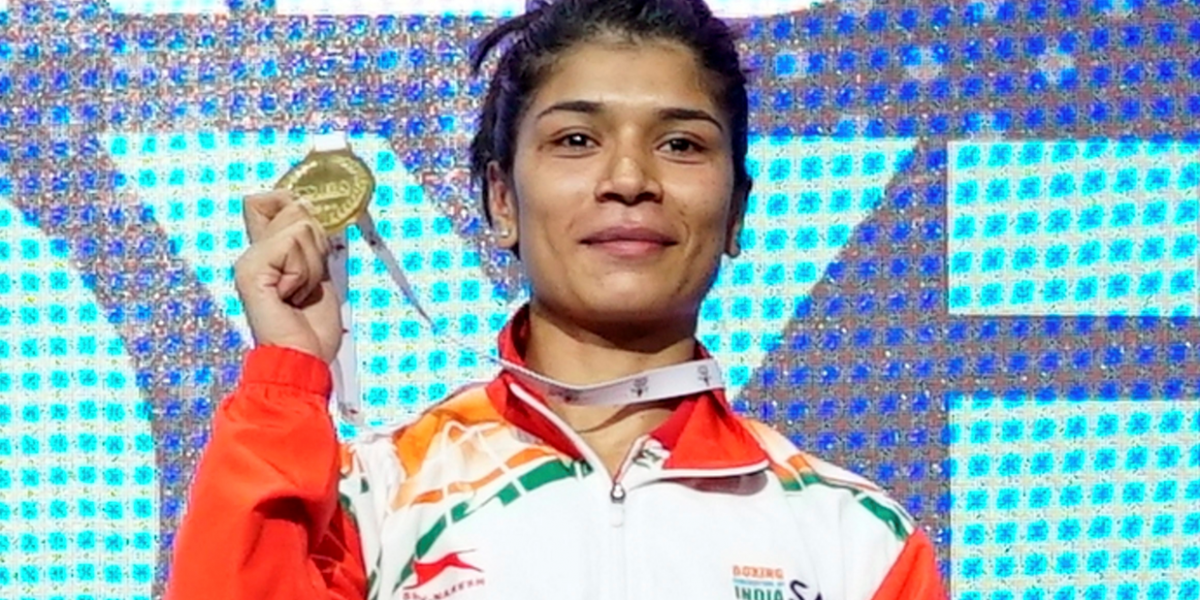 Birmingham: Three Indian pugilists, including Nikhat Zareen, advanced to the semifinals in their respective events after thrilling victories while Lovlina Borgohain made a last eight exit in the Commonwealth Games here on Wednesday.

Olympic bronze medallist Borgohain, on the other hand, was out-punched by last edition’s silver medallist Rosie Eccles of Wales.

Leading by a slight margin in the opening two rounds, the 24-year-old Borgohain went down via 2-3 split decision in the light middle weight quarterfinal.

Hussamuddin defeated Tryagain Morning Ndevelo of Namibia in a 4-1 split verdict to advance to the semifinals of the men’s 57kg and fetch his second consecutive CWG medal.

The 28-year-old from Nizamabad had won a bronze in Gold Coast four years ago. Hussamuddin had to work hard for the win as it was a fiercely contested bout which could have gone either way.

Earlier in the day, Nitu kick-started the proceedings as she showed her ferocity to demolish Northern Ireland’s Nicole Clyde in the women’s 48kg category and assure India their first boxing medal at the ongoing Games.

The 21-year-old from Dhanana in Bhiwani district dominated the first two rounds against Clyde before the bout was abandoned with the outcome only going one way.

Making her CWG debut, Nitu had big shoes to fill in the weight category of the great MC Mary Kom, who injured herself during the selection trials held before the mega event.

The Indian contingent had trained in Ireland before coming to Birmingham and that helped Nitu in the fight against Clyde.

“It was my first bout against her but we trained in Ireland together two weeks ago and did the touching and everything.

“I knew what to expect. This is the only the beginning, I have a long way to,” said a supremely confident Nitu after the quarterfinal win.

“I just listen to my coaches and try to execute that in the ring,” she said when asked about her long term goals.

The Strandja Memorial gold medallist doesn’t have any role models and is also not into watching videos of other boxers.

She is competing in the legendary Mary Kom’s weight division but Nitu insisted she was never under any sort of pressure.

Nitu, who had started boxing in 2012, had suffered a serious shoulder injury in 2019 that ruled her out of action for a long time.

She hails from a place where girls are not encouraged to take up sport. However, one fine day her father enrolled her into a nearby academy and the rest followed.

Her father had to leave his job in Chandigarh to support Nitu’s dream. She will settle for nothing less than gold but hopes the medal in CWG leads to a financially secure future.