Black Lives Matter and the Fight for England’s Soul

England's two warm-up games for Euro 2020 were marred by their fans booing the taking of the knee. Despite a plea by England coach Gareth Southgate, it's an issue that threatens to engulf their tournament. 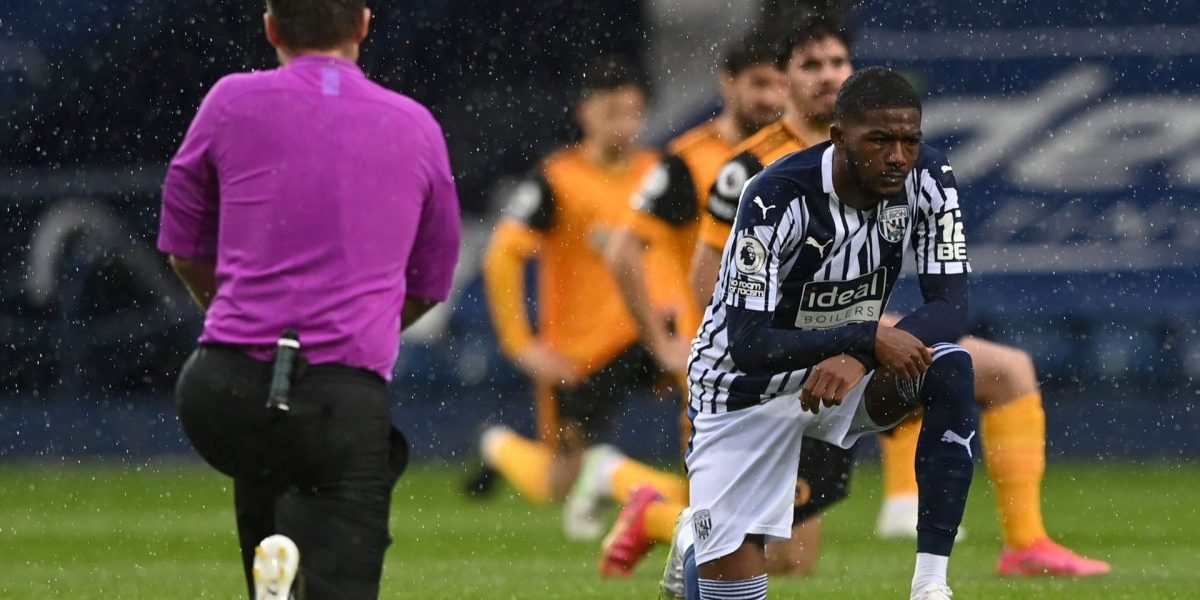 West Bromwich Albion's Ainsley Maitland-Niles takes a knee before the match on May 3, 2021. Photo: Reuters/Shaun Botterill

England’s players go into their opening game of the European Championship on Sunday against Croatia — the first blockbuster contest of the tournament — already knowing that a significant minority of their fans are hostile towards them.

England are one of the many nations whose players have decided to take a knee before games to express their opposition to racism and their solidarity with the statement that Black Lives Matter. It’s a simple but powerful symbol in support of the oppressed and against the oppressor.

However, the gesture has been rejected by thousands of England fans, who booed the knee in the team’s two warm-up games for the tournament, both held in the English city of Middlesbrough.

It has triggered a national debate about the taking of the knee and why it is being booed — the dominant argument against the knee is that BLM is a “Marxist” organisation. This myth has emanated from a single interview with one of BLM’s co-founders in 2015, Patrisse Cullors, who described herself and fellow BLM co-founders “trained Marxists”.

Cullors left her role on June 4 to concentrate on other projects but has described the characterisation of BLM as Marxist as a far-right smear campaign, and there is significant evidence to support this. But amplified by Britain’s dominant right-wing press and influential figures on the far right, the myth has taken hold.

”Despite all the changes in modern football, what cannot be questioned about the current generation of @England players is their pride in representing this country.” https://t.co/ccXs7YjbLP

Following Middlesbrough, England’s popular coach Gareth Southgate felt the need to take to the Players’ Tribune website this week and compose an open letter to England fans, entitled ‘Dear England’. In elegant prose, Southgate outlined exactly why his players take a knee — and those reasons don’t remotely involve overthrowing western capitalism and establishing a new communist order, as the key architect of Brexit and far-right commentator Nigel Farage spouted in a YouTube post this week.

He stopped short of saying that Black people have no place in England and that, actually, Black Lives don’t Matter — but even his 270,000 subscribers are able to read between the lines. Farage concluded his statement with a closing threat, urging Southgate to “focus on football and not politics, otherwise we’re in for a really, really horrible, divisive few weeks”.

If this all sounds familiar, you’d be right. The United Kingdom’s collective failure to adequately challenge the toxic myths behind this age of discontent contributed to the Brexit vote of 2016.

The fallout from that decision is still playing out, currently under the guise of England players taking the knee, but there are and will be other battlefields on which English football fans, as actors in the country’s most popular sport, play a prominent role.

“I understand that on this island, we have a desire to protect our values and traditions — as we should — but that shouldn’t come at the expense of introspection and progress,” Southgate wrote in his open letter, ahead of an announcement by the Scottish Football Association on Friday that they will abandon their policy of not taking a knee for one game — when they face England on June 18 — in solidarity with England’s players.

“Our players are role models. And, beyond the confines of the pitch, we must recognise the impact they can have on society. We must give them the confidence to stand up for their teammates and the things that matter to them as people.”

The irony is that those fans who boo need look no further than their own players for a true reflection of what England in 2021 really is. Half of Southgate’s squad could have represented other nations, from Ireland to New Zealand, Jamaica to Nigeria.

It’s also the second youngest squad at Euro 2020, a team whose average age of 24.8 places the majority of their players among a generation who simply won’t accept the injustice of structural racism and discrimination any longer.

Manchester United striker Marcus Rashford, who has embarrassed the British government on its failure to provide food for underprivileged children, and Liverpool captain Jordan Henderson, who has spoken out in support of the LGBTQIA+ community, are just two of the players whose actions and gestures should make England fans proud. 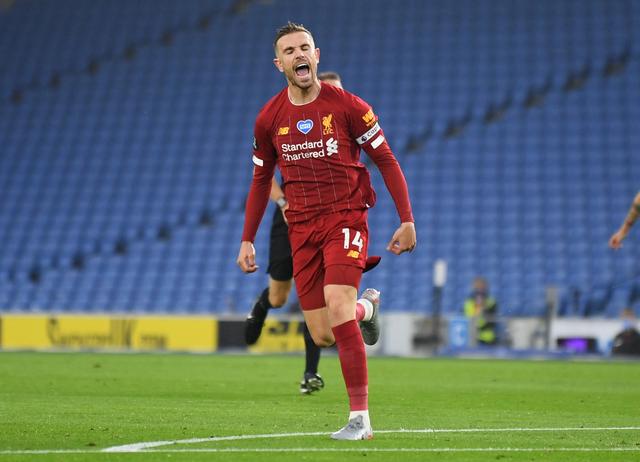 Instead, there are a mostly older generation of England fans who simply aren’t able to stomach such a challenge to the status quo.

So instead of elevating England’s world-class talent on the field, the they seem intent on holding them back just as this young team, including many major tournament debutants, needs its supporters most.

As former England striker Gary Lineker succinctly tweeted last week: “If you boo England players for taking the knee, you’re part of the reason why players are taking the knee.”

England have an exciting mix of players heading into a tournament but their resilience in continuing to take a knee is infinitely more impressive – “humble, proud and liberated in being their true selves” according to Southgate.

But to some England fans, being Black and being English are mutually exclusive identities, and it’s that sizeable minority who are indulging in yet another act of Great British self-harm.