The Supreme Court had a set a limit of six years for an individual to serve as a cricket administrator at the state or all-India level but the BCCI wants this rule waived so that the two can continue in office. 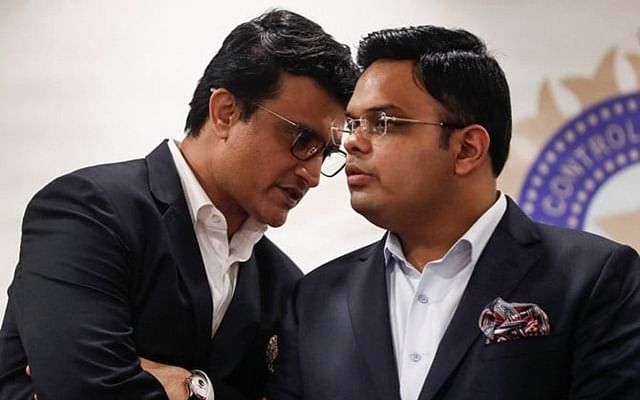 New Delhi: The Board of Control for Cricket in India (BCCI) has always maintained that it is not a national sports federation.

But in what appears to be a desperate attempt to prolong the tenures of its secretary, Jay Shah, and president, Sourav Ganguly, the BCCI is seeking the Supreme Court’s permission to amend Rule 6.4 of its constitution, in ‘public and national interest’.

Clause 6.4 of the BCCI’s constitution reads: “An office-bearer who has held any post for two consecutive terms either in a state association or in the BCCI (or in a combination of both) shall not be eligible to contest any further election without completing a cooling-off period of three years.”

This renders both Shah and Ganguly ineligible to hold on to their posts as secretary and president, as their terms ended last month. Though ‘elected’ to their BCCI positions last October, both men earlier had lengthy stints as office-holders at the Gujarat and West Bengal cricket associations, respectively

BCCI treasurer Arun Dhumal’s petition – the next hearing was set for August 17 but likely to be postponed – argues that:

“…Any provision which has a direct and indirect effect of restricting a a person with rich and varied experience whereby they have acquired and strengthened the organising capacity, finance generating capacity and administrative skills will be to the detriment of the game of the cricket and would, therefore, necessarily be against ‘public interest’ and ‘national interest’ as our teams play against teams of all cricket playing countries. ”

Of these, according to Rule 6.5, any member who has attained the age of 70 years shall be disqualified from being considered as an office bearer, a member of the governing council or committee, or as a representative to the International Cricket Council.

The BCCI, however, has argued, “ …[A] person necessarily passes through many terms in the other two tiers (district and state level) before he is experienced to be able to effectively contribute in BCCI in the larger ‘national interest”.

Following the 2013 IPL spot-fixing scandal, the Supreme Court had appointed the Justice Mukul Mudgal panel to investigate allegations of links between fixers and the administration of cricket. Based on the Mudgal panel report, the apex court had then asked former chief justice of India, R.M. Lodha, to suggest administrative reforms for the functioning of the BCCI.

Also read: In First Step Towards Becoming a Sports Federation, BCCI Agrees to Come Under NADA

The apex court ratified all of the Lodha committee’s recommendations on administrative reforms on July 18, 2016– which included cooling periods for holders of any post in the board.

The BCCI’s appeal to “public interest” and especially “national interest” is curious given the board’s insistence over the years that it is a private body and not a ‘national’ one.

In 2015, the Union sports ministry had informed parliament that BCCI was not recognised as a national sports federation. BJP Lok Sabha MP from Maharashtra, Raosaheb Patil Danve, had then asked the ministry whether importance was being given only to cricket and other sports in the country were in a state of neglect.

In his reply, Sarbananda Sonawal, who was sports minister at the time, had informed the house, “Although BCCI has not been officially recognised by the ministry, but since International Cricket Council (ICC) recognises BCCI as the the apex body for the promotion of cricket in India, the Ministry of Youth Affairs & Sports provides only clearance from the sports angle for organising international cricket matches in India by BCCI and participation of national team in international events abroad at no cost to the government, subject to clearances from Ministry of Home Affairs and Ministry of External Affairs.”

Sonowal’s answer in parliament made it clear that the government does not consider the BCCI as a recognised body, but knows its role in cricket.

Asked for a comment on the BCCI’s move to have the cooling off period for top office holders waiver, Justice Lodha told The Wire, “I don’t feel like giving giving any statement on BCCI as I feel it is demeaning to speak on BCCI‘s functioning.”