Majumdar is barred from interviewing registered players and entering stadiums in the country. 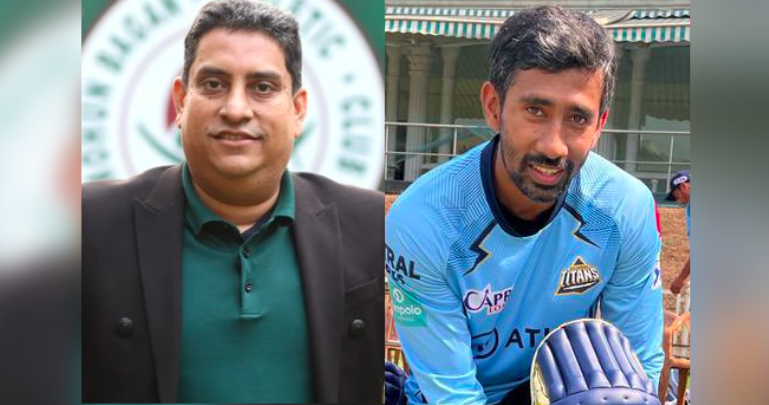 Mumbai: The Board of Control for Cricket in India (BCCI) has imposed a two-year ban on Boria Majumdar for “bullying” senior wicket-keeper Wriddhiman Saha and barred him from interviewing registered players and entering stadiums in the country.

According to an internal communication by BCCI, sent to its state units on May 3, Majumdar won’t be given media accreditation for two years as part of the sanctions ratified by the Apex Council of the cricketing body.

On February 25, the BCCI had formed a three-member committee a few days after Saha alleged on social media that he was bullied for an interview.

While Saha had initially refused to name the journalist, he later identified the scribe as Majumdar while deposing before the three-member committee, which comprised BCCI vice president Rajeev Shukla, BCCI treasurer Arun Singh Dhumal and BCCI councillor Prabhtej Singh Bhatia.

Majumdar could not not be reached for a comment following BCCI directive but a few days back he had accused Saha of doctoring and tampering with the screenshots of his WhatsApp chats with the cricketer for damaging his reputation.

BCCI interim CEO and IPL COO Hemang Amin in a letter to the state units wrote, “Mr Wriddiman Saha has shared screenshots of messages sent by a journalist on social media platform, Twitter, wherein he stated that he felt bullied by the conduct of the said journalist. Mr Saha in the hearing named Mr Boria Majumdar as the journalist.”

Amin further stated, “The BCCI Committee considered the submissions by both Mr Saha and Mr Majumdar and concluded that the actions by Mr Majumdar were indeed in the nature of threat and intimidation.”

Also Read: BCCI’s Functioning Is but a Mirror to How the Country Is Being Run

According to Amin, the committee recommended three sanctions to the Apex Council, which ratified them.

The top BCCI official has asked all the state units to facilitate the compliance of the sanctions in their respective associations.