Thakur was removed for failing to implement the Lodha Panel recommendations meant to make the BCCI more transparent. 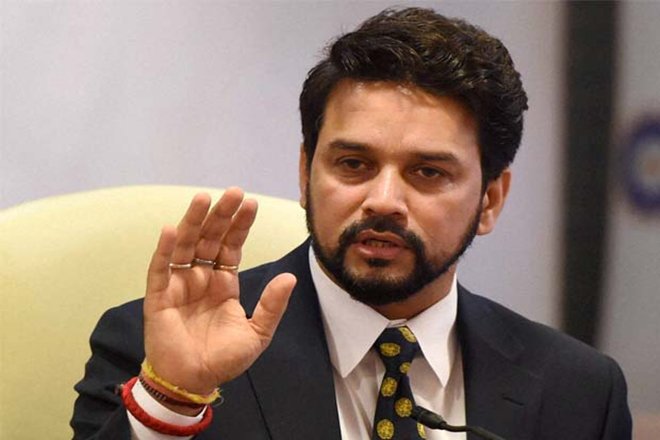 The Supreme Court said that Anurag Thakur should no longer be part of BBCI. Credit: Reuters

New Delhi: Cracking the whip on a defiant BCCI, the Supreme Court today removed its president Anurag Thakur and secretary Ajay Shirke, saying they should “forthwith cease and desist from” the board’s work. The apex court also decided to initiate contempt proceedings against Thakur for perjury.

According to First Post, Thakur asked ICC CEO Dave Richardson for a letter stating that the appointment of a CAG nominee in the BCCI would compromise autonomy and amount to government interference, but denied doing so under oath, a charge he has refuted. “There is no question of perjury and I have not lied,” the Hindustan Times has quoted Thakur as saying.

The bench headed by Chief Justice T.S. Thakur also took into consideration the Lodha Committee’s recommendations for reforming the BCCI and disqualified all board and state association office bearers who failed to meet the norms set by the panel, Times of India reported.

The bench said that the functioning of the BCCI will be looked after by a committee of administrators and requested senior advocate Fali S. Nariman and senior advocate Gopal Subramanian – who was assisting in the matter as amicus curaie – to assist the court in nominating persons of impeccable integrity as members of the committee of administrators. Former home secretary G.K. Pillai is likely to be appointed to the committee by the chief justice on Subramanian’s recommendation, according to Hindustan Times. The Economic Times reports that as an interim arrangement the senior most vice president of the BCCI will act as president and the joint secretary will act as secretary.

Order of Supreme court should work as a template for other sports organisations says Justice Lodha on removal of Anurag Thakur and Shirke pic.twitter.com/Au7KfNxbtP

Given the BCCI’s reluctance to implement the Lodha Panel reforms, Thakur said in court, “The members do not agree to implement three-four recommendations as they are not practical. To convey this, we sought time but the committee is not giving us time for the last two months,” the Hindustan Times reported. This was despite the fact that the reforms were made binding by the Supreme Court. Thakur also complained that unnecessary pressure is being created on BCCI, the report said.

The next hearing to decide the administrators of the committee has been scheduled for January 19. Justice R.M. Lodha, who chaired the recommendation panel told the Indian Express, “This was to happen, and now this has happened. Had submitted three reports before Supreme court, even then it wasn’t implemented.” The recommendations were accepted by the Supreme Court on July 18, 2016.