The legendary Australian cricketer was the flag bearer of batting and not run making. Doing away with statistical crutches, he epitomises the free spirit of a player 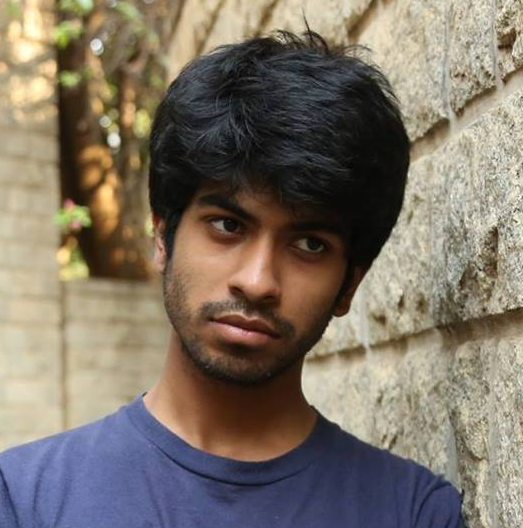 A century has passed since Victor Trumper died. An Australian batsman who preceded Don Bradman by more than a decade, Trumper’s name remains unknown to many cricket followers while those with even a passing interest in the game would know Bradman. While the Don averaged a colossal 99.94 in Test cricket, Trumper’s was a modest 39.04 per innings. But for those who saw him play, he was the greatest of them all, Sir Donald Bradman included.

Trumper combined perfect orthodoxy with a quickness of eye and foot that allowed him to innovate and transcend ordinariness. He was the greatest because he was equally at ease against the best of bowling and the worst of conditions, something that could not be said even of Bradman, whose average on bad wickets was a dismal 16.66. Trumper looked to score from ball one – he had all the strokes, often one on either side of the wicket for the same ball. He came down the pitch to convert good-lengths into half-volleys. He unsettled the bowler right from the start. In Trumper, the spectator saw dynamism, the critic, correctness and they all found joy. Neville Cardus saw in the “art of Trumper … the art in a bird’s flight, an art that knows not how wonderful it is. Batting was for him a superb dissipation, a spontaneous spreading of fine feathers.”

Trumper’s was a brilliance so rare that it did not rest on numbers. His figures aren’t bad though they could have been better. His Test highest was a 214 in South Africa on a matting wicket. On Australia’s 1902 tour of England, Trumper had an average of 48 in wretched weather. His highest score was only 128; his average owed a lot more to consistency than to a few high scores. He is rumoured to have often gifted his wicket away soon after reaching his hundred, out of boredom when he could have gone on. Having shown himself to be the master, he preferred to move on. It is almost as if he found it unnecessary to persist, for the spectator’s reminiscence would bear witness to his deeds. Trumper represents glory sans statistic.

For the longest time I watched the game driven only by the desire to see India win, its batsmen score runs and its bowlers take wickets. There was no such thing as a beautiful stroke unless it found the boundary, nor a good ball unless it took a wicket, no engagement with on-field play. More recently though, the aesthetics of the game has begun to appeal to me much more. Watching James Anderson send three outwards and then thud one back into the pads or Sangakarra drive (not punch) off the back-foot through extra cover is enough, the scorecard around it doesn’t matter. Visual appeal of skill over tabulated impact.

Trumper personifies such aesthetic appeal. What imagery is evoked just reading about his ability to shift to the off-side and pull a left arm break! When a fielder was moved to cover another such ball, he effortlessly late cut it. And that ‘dog shot’ to the inswinging yorker – front leg off the ground and then swirling on the back leg… Reading about Vic allows imagination to play cricket; it sets up a mise-en-scene of grace, grit and originality. And no book of statistics can ever tell you how to remain unbeaten on 74 out of a team total of 122, on a wet Melbourne pitch against the bowling of Hirst and Rhodes, a great English combination of left-arm spin and left-arm pace.

On his hundredth death anniversary, Trumper was remembered in a deeply moving piece by the Australian off-spinner Ashley Mallet. As a boy in the 1950s Mallet liked playing “Trumper” in backyard cricket. Such was the effect upon Mallet of mere anecdotal acquaintance with the legendary cricketer forty years after his passing! And, what is more, after Australians had lived through the Bradman era.

The whole of India held its breath for months to see Sachin Tendulkar make his hundredth international hundred. When it came, there was no poetry or purpose to the innings, yet it was applauded for it filled a column in the almanacs. Tendulkar was reduced to digits on a single page. The sense of pride he provided the nation for 24 years, scoring regularly and aggressively for the most part, competing against the best of bowlers and coming out on top, all of that got masked in a bid to establish an unreachable greatness through one single statistic. Yes, the numbers do convey his remarkable consistency and staggering brilliance, but would he have been any less had he decided to not struggle his way to reach the elusive century of centuries, and instead move on?

Trumper was the flag bearer of batting and not run making. Doing away with statistical crutches, he epitomises the free spirit of a player.

We have heard so much about Sachin’s attention to detail, how he would stop if there was the slightest disturbance anywhere within 50 metres on either side of the site screen, how he knew if the weight of his bat was even slightly off. Trumper seems to have risen above all things trivial, realising, as it were, that the game existed in himself, not in any bat or other accessory. AE Knight a contemporary of Trumper wrote:

“Not in his fascinating collection of strokes, nor in their frank and open execution merely, lay the charm; it was a man playing away a power which was himself rather than in him” The only visual records we have of Trumper are a few photographs by George Bedlam. But they immortalize him. My favourite is one where he has come a long way down the pitch to meet the ball. We only see him and not the ball. The stroke is a whisk away from execution or failure. The point is, we don’t need to see the ball to know what happens next and perhaps neither did he. It is as though he is inviting us to applaud the leather and the willow and then stretch our expectations of them almost into the realm of the metaphysical.