There is a case to be made for spending on space activities – but for that one must go beyond calculations of revenue returns fashionable in the current neoliberal climate. 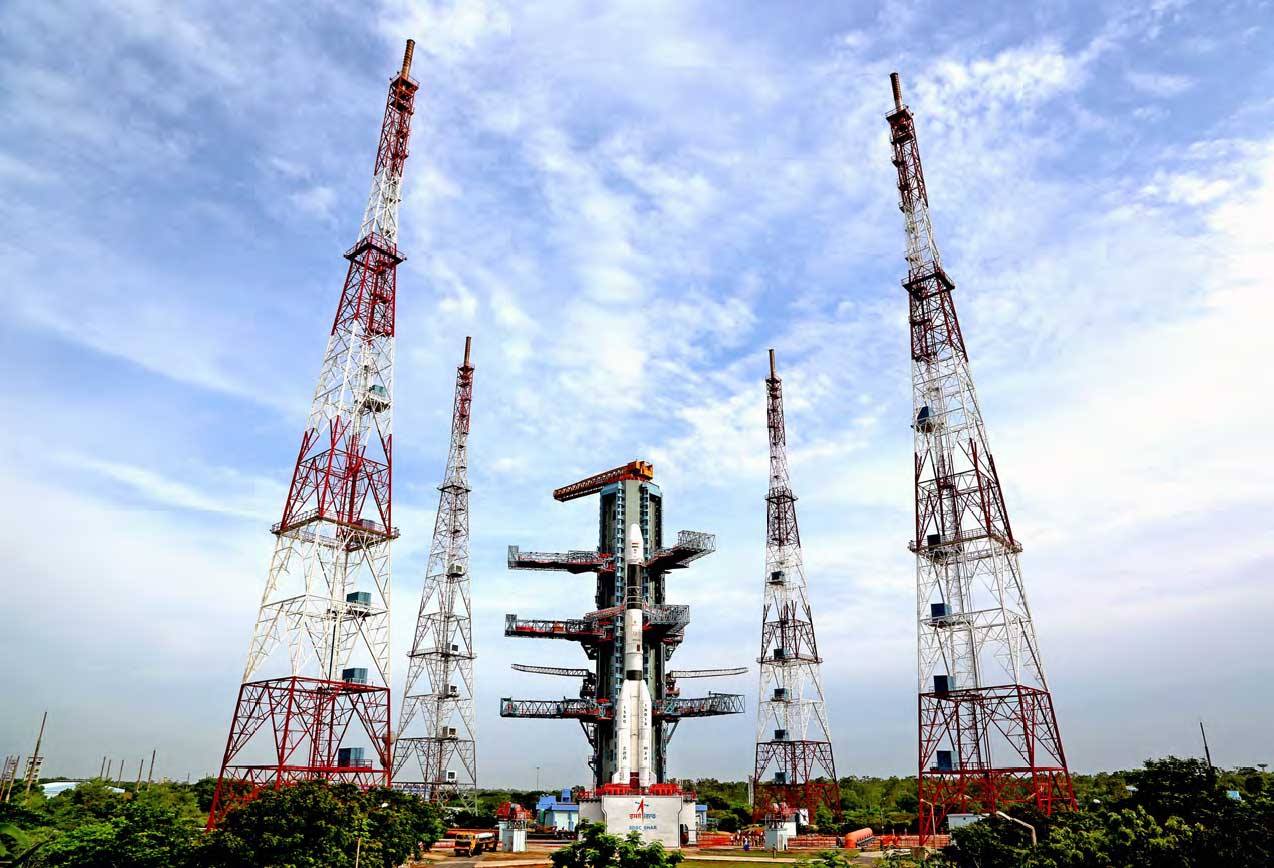 In his thought-provoking piece, Narayan Prasad has raised the crucial question of measuring the impact of Big Science projects in India, taking the example of ISRO. He begins his case quoting the popular statistic that a dollar spent on NASA yielded $10 for the American economy. Let’s explore the context and nature of that statistic and see how that experience relates to ISRO in India.

The precise quantitative impact of the money spent on NASA (or indeed on any other item of public expenditure) is far from non-controversial. Even just considering studies by proponents of the space enterprise, estimates range from a handsome return of $7 return for $1 invested to a spectacular $23. The specific source for “$10 for every $1 spent” is unknown; the author cites a report on about.com, which itself cites a study conducted by the Space Foundation and quoted on the NASA website. That study merely estimated the global space industry made $180 billion in revenue in 2005. Thus, against the 2016 NASA budget of $18 billion, about.com has apparently concluded that $1 spent on NASA yielded $10 for the economy. Of course, it is deeply misleading to attribute the whole of the global space industry to NASA spending (or to claim that all of that revenue represents a benefit to the US economy).

And inadvertent as about.com’s error may be, it fits with a larger pattern of underestimation of costs and exaggeration of benefits that characterise the arguments of interested parties making claims on the public purse (for scientific or other activities), and which go largely unquestioned in the press.

Taking figures from the OECD’s recent The Space Economy at a Glance (2014) survey, the US space industry had an estimated revenue of between $43 and $52 billion compared to government spending of about $40 billion on space in 2012. While figures for the Indian space industry’s revenue are unavailable in the same report, the target return – if the US is the exemplar – is close to 1 rather than 10, a return no better than those offered by a broad spectrum of public spending options.

Of course, measured by this very narrow criterion, other countries may well prove better role models. The revenues of the Canadian Space industry for example were over 6x the space budget, in part explained by 80% of those revenues being exports. Nevertheless, several other countries had a multiplier in the 2-3 range, much better than that of the United States. While disparities in data reporting and definitions across the world must make one wary of quantitative comparisons or return (the OECD report mercifully does not broach the question), three might serve as a crude reference figure based on global revenues ($256 billion) and total space budgets of OECD and BRICS countries ($75 billion).

Revenues are measures of economic activity, but discourse on space programmes are complicated by questions of the impact of technology and technological capabilities. Discussions of these aspects are however skewed by our understanding of space programmes are primarily civilian rather than military enterprises. However, the NASA budget represents less than half of the US space budget, with the rest being spent largely by the Department of Defence. Military interests always have been crucial in the history of space activities. The American space programme itself was furthered in its early days by Wernher von Braun, who had developed the V2 missile for Nazi Germany. It is no surprise that amongst the foremost actors in the “space industry” is Lockheed Martin Missiles and Space.

Besides the proportion of the space budget spent outright on defence, civilian space activities play a crucial role in sustaining defence activities due to the transferability of knowledge and skill between the space and the missile spheres. In the Indian context, the late President A.P.J. Abdul Kalam joined the DRDO and was later seconded to ISRO where he oversaw the success of SLV 3 in 1980. Beginning with secret projects in the 1970s, he went on to head the Integrated Missile Development Programme in the 1980s; SLV III’s motor underpinned the design of India’s first intermediate range ballistic missile launched in 1989.

Thus, perhaps one of the most important “unquantifiable” aspects of space technology is the backing it provides to missile development activities and its intangible centrality to national security. The military nature of either spending on space or of the benefits therefrom are systematically and strangely neglected even by the proponents of space research, though an examination might well make a better case than an exclusive focus on civilian aspects.

Of course, the benefits of technology developed at NASA has implications beyond missiles. Of the $21 billion in sales and savings to the US industry, which could in any part be attributed to NASA’s work between 1978 and 1986, the largest share of about $10 billion was in additional sales of commercial aircraft. But these were hardly the result of space research; NASA being the National Aeronautics and Space Administration has a dedicated budget for aeronautical research as well. During the same period, of the $54 billion spent by NASA, only about $ 2.5 billion was spent on aeronautical research. Thus, if the entire $10 billion benefit to the commercial aircraft industry is attributed to NASA, the return to NASA’s spending on research in this sector amount to 4x. Handsome – but not surprising considering that this result was not “spin off” from space research but the result of dedicated research on the particular aeronautical problems to be solved.

With ISRO’s mandate excluding aeronautics, and in any case, the absence of a well-developed domestic military-industrial complex in the aerospace sector (or of a commercial aircraft manufacturing sector), India is unlikely to reap the primary techno-economic benefit that NASA appears to have provided America.

The case for a space budget

What of the much-vaunted spin-offs? With the country seemingly winning the space race (defined in the American imagination as putting a man on the Moon) against the Soviet Union, NASA faced a funding crisis in the 1970s. It was in this context that it began to catalogue spin-offs from its work in 1978; as Prasad’s article helpfully points out, this was an effort to “sell” their budget proposals to the government. NASA needn’t have bothered, for in the 1980s, funding for space activities was ramped up by Ronald Reagan to defeat what he called the “evil empire” that was the Soviet Union with defence initiatives, including the infamous Star Wars programme. This was followed by yet another slump in the 1990s, as the Soviet Union collapsed and NASA had to yet again make a case for its existence (this may explain the continued emphasis on spin-offs by NASA’s PR machinery).

However, besides the number of spinoffs, as little is clear about the economic impact of NASA’s spinoffs as about ISRO’s. What is clear however is that the impact of true spin-offs is likely small. A study estimated that the $54 billion spent by NASA between 1978 and 1986 produced only $5 billion in spin-offs. As proven by the case of aeronautics, it is likely that this benefit could have been produced for cheaper if research funds had been allocated to the specific everyday and industrial problems that spin-offs ostensibly solved.

India’s spend on space activities is minuscule compared to NASA’s. Indeed, jokes comparing India’s low-budget space vehicles to film budgets (amongst other things) recur after every successful launch. But it is important to bear in mind that of the central government research spend, 15% was spent by the Department of Space in 2009-2010. Only the US spends more (17% in 2013) while the EU countries spent less than 5%. Considering India’s overall low spend on R&D (both as a proportion of GDP and in absolute terms), it’s worth questioning if disproportionately spending that scarce money on space activities represents the best allocation of resources.

If supporting scientific research (academic or otherwise) is the objective, this could easily be done by spending the same money in alternative ways. Opinions on resource allocation may differ, but the resolution of those differences cannot be reduced to quantitative metrics; in any case, the metrics themselves are far from settled in any country. Moreover, given the wide spectrum of experiences with space activities (reflected in the metrics) of various countries, no one country can serve as a role model for India.

There is indeed a case for spending on space activities – but for that one must go beyond calculations of revenue returns fashionable in the current neoliberal climate. At the practical level, the foundational principle of ISRO is one of using space exploration for societal benefit in applications such as agriculture and natural resource management, which we as a society may choose to hold dearer than any cost calculus. As Prasad has pointed out, ISRO is considered one of the world leaders in developing space-based societal applications, and has thus more than met its foundational mandate – even if there may still be a long way to go. To these practical matters, one could well add our choice to spend on space science and research for its own sake, to reach for the highest limits of human intellectual achievement and beyond the horizons of our imagination.

Prasad’s call for the close study of ISRO’s impact must be taken seriously, but with the aim of developing a clearer understanding of the institution’s work, rather than with the a priori aim to justify its existence. There is substantial expertise in studies of this sort in CSIR labs, such as the National Institute of Science, Technology and Development Studies (NISTADS), the IITs, the Centre for the Study of Science Policy, and more widely in research institutions, academia and civil society – all geared to take up this work. But we must be aware of the pitfalls and the limitations of such studies, and bear in mind that their conclusions are collectively just one thing to be considered among a gamut of others when it comes to spending on space activities, and on Big Science in general.

Kapil Subramanian is a historian of science.