The Pitfalls of Searching for Alien Life

Scientists looking for evidence of extraterrestrials can draw media attention, but also cynical, even hostile, reactions from their colleagues. 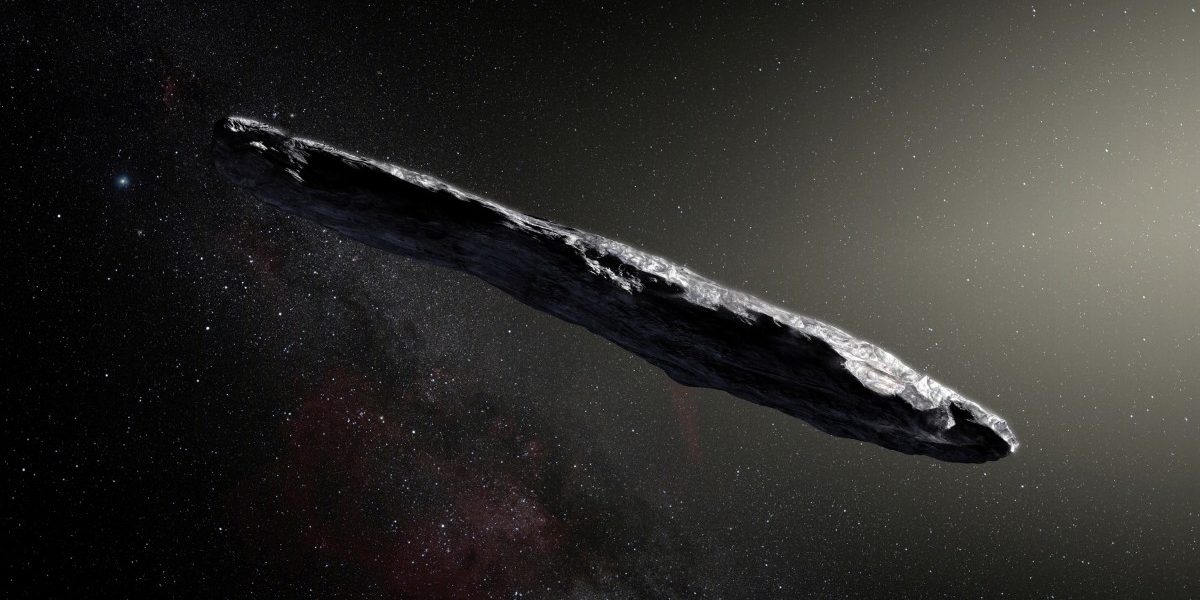 This artist's impression shows the first-known interstellar object to visit the solar system, 'Oumuamua, which was discovered on October 19, 2017, by the Pan-STARRS 1 telescope in Hawaii, U.S., with subsequent observations from ESO's Very Large Telescope in Chile and other observatories around the world. Photo: Reuters/European Southern Obervatory/M. Kornmesser/Handout

In October 2017, a telescope operated by the University of Hawaii picked up a strange cigar-shaped object (artist rendering in top image), which had slingshotted past the sun at a more-than-brisk top speed of 196,000 miles per hour. Scientists at the university dubbed it ‘Oumuamua, Hawaiian for scout, and at first labelled it an asteroid, then a comet, but agreed that it came from another solar system.

Around the world, telescopes were quickly aimed toward ‘Oumuamua’s path, and scientists dove into the data. One of them, Avi Loeb, the chair of Harvard University’s astronomy department, published a paper in The Astrophysical Journal Letters the following year theorising that the object could be artificial. “Considering an artificial origin, one possibility is that ‘Oumuamua is a light sail, floating in interstellar space as a debris from advanced technological equipment,” he and co-author Shmuel Bialy, a postdoctoral fellow at Harvard, wrote. “Alternatively, a more exotic scenario is that ‘Oumuamua may be a fully operational probe sent intentionally to Earth vicinity by an alien civilisation.”

That’s not something you read every day in a serious scientific journal. The paper went viral, and Loeb began fielding an onslaught of media calls while fellow scientists weighed in. In terms of his colleagues’ reaction, Loeb said, “almost all of them reacted favourably, and they thought, you know, it’s just an interesting idea.”

Even so, he added, there were some adverse reactions as well. One cutting tweet by Paul Sutter, an astrophysicist at Ohio State University, reads:

My publicist asked me for a quote on the 'Oumuamua story making the rounds. Here it is:

"No, 'Oumuamua is not an alien spaceship, and the authors of the paper insult honest scientific inquiry to even suggest it."

All this hubbub took place in the aftermath of news reports that the Pentagon had been collecting data on UFO sightings for years. Clearly, the hunt for alien intelligence is alive and well in our solar system, and it’s hot news. Indeed, Loeb’s article was approved for publication in mere days.

But while scientists tossing around the idea of alien life may find a rapt public audience, they can also draw cynical, even hostile reactions from their fellow scientists, a response summed up by acclaimed physicist Neil deGrasse Tyson, who once quipped to CNN: “Call me when you have a dinner invite from an alien.”

This paradox has ripple effects. The threat of being written off as a kook can loom large for researchers, especially young ones. A lot of academics “won’t touch it with a ten-foot pole,” said Don Donderi, a retired associate professor of psychology at McGill University in Montreal who now teaches a non-credit course called “UFOs: History and Reality” in the school’s continuing education department.

Loeb says many discoveries have their roots in theories that were initially dismissed. He thinks open-mindedness keeps scientific inquiry moving forward while shutting down new theories “reduces the efficiency of science.”

NASA physicist Silvano Colombano maintains that long-held assumptions have limited the search for extraterrestrial intelligence and that the “general avoidance of the subject by the scientific community” means no one questions them. It’s a dilemma: scientists might look like cranks for posing questions about aliens, but we’ll also never know unless someone asks.

Donderi has received his share of mixed messages about his UFO research. No one at McGill seemed to mind when he began writing about the paranormal in the 1970s, along with experimental psychology. “I was pretty insulated,” he said, as he already had tenure and continued to get promotions, including one to associate dean for graduate studies. At one point, he had a federal grant for research on visual perception and memory, and it came with a provision for extra funding for side investigations. UFOs had been sighted in northern Quebec, so he applied for money to find out what people thought they saw — hence its relation to his main work — but the application was rejected. He never tried again.

More pointedly, when he formally retired from McGill in 2009, he offered to give a free seminar on his long-time side research into the evidence behind UFOs and alien abductions, and his department said no. Donderi said they knew he was writing on this subject, but when he actually asked to bring this material into their program, they said, that’s the line.

“I’m really surprised they get blowback,” said physicist Richard Bower of Durham University in England. He’s never got the flak for his research in cosmology, which entails making computer simulations of possible parallel universes. He’s concluded that life elsewhere could be quite common, and others in his field back him up. “We used to say that life is incredibly rare and we’re lucky to live on a habitable planet,’’ he said. “But we’ve now observed so many planets that are plausible habitats. It seems, based on scientific evidence, there’s no reason to think that planets like the Earth are rare.”

But cosmology has its limits, too, and Bower says he’s “less comfortable” with the excessive speculation he sees in some work. Rather, he suggests, it’s better to focus on questions that we may soon have the evidence to answer.

Legitimate academic work about extraterrestrial life has to carefully separate itself from the musings of amateur scientists and conspiracy theorists. The people who speak at UFO conferences “aren’t all equally good enough,” Donderi said. Meanwhile, those engaged in the search through bona fide organisations have come up with minimal results. The Pentagon acknowledges that it tracked sightings for years, but claims it shut down its program in 2012.

Meanwhile, astronomers have been trying to communicate with alien life using radio waves since 1959, work continued by the SETI Institute in California and its high-profile scientists — but nothing. Theoretical physics may have determined alien life is likely, but that’s still just a theory.

We may be finding nothing because we’re doing it wrong, researchers posit. In a 2018 conference paper, Colombano suggests the search for alien intelligence is based on “cherished assumptions” that could be holding it back: that interstellar travel is unlikely, that alien civilisations use radio waves, that other life must be carbon-based, and that UFOs have never visited earth. He makes a case for discarding these dusty beliefs and for sociologists to imagine how alien societies might evolve, physicists to do more speculative work on space-time, and energy and technologists to model ways in which technology might evolve in other civilisations.

For Donderi, as a psychologist, it’s cognitive dissonance that keeps the search for other intelligence in limbo. “People defend themselves against uncomfortable things,” he said. In other words, those who report seeing UFOs will question themselves afterwards, and academics will bristle at conclusions that point to aliens.

Given recent reports that the Navy is creating guidelines for reporting unidentified objects, speculation about UFOs and aliens isn’t going anywhere soon. And researchers expect more data about interstellar objects when the Large Synoptic Telescope in Chile starts operating in 2022. Don Donderi concludes that the evidence is rising and feels that cognitive dissonance is at the moment collapsing. “[W]e’re at the beginning of the change,” he stated.

Meanwhile, Loeb says he intends to keep revising his ideas on ‘Oumuamua as more data is collected. “I approach this subject scientifically just like I approach any other,” he said. And that’s where patience and hard work come in. “We’re learning the answers to these questions,” said Bower. “Even if we don’t find little green men waving at us.”

Diane Peters is a Toronto-based writer, editor, and teacher who focuses on science, health, business, and education. Her work has appeared in The Globe and Mail, University Affairs, JSTOR Daily, and other publications.