Study Says NavIC Frequency Too Close to Wifi, May Cause Interference 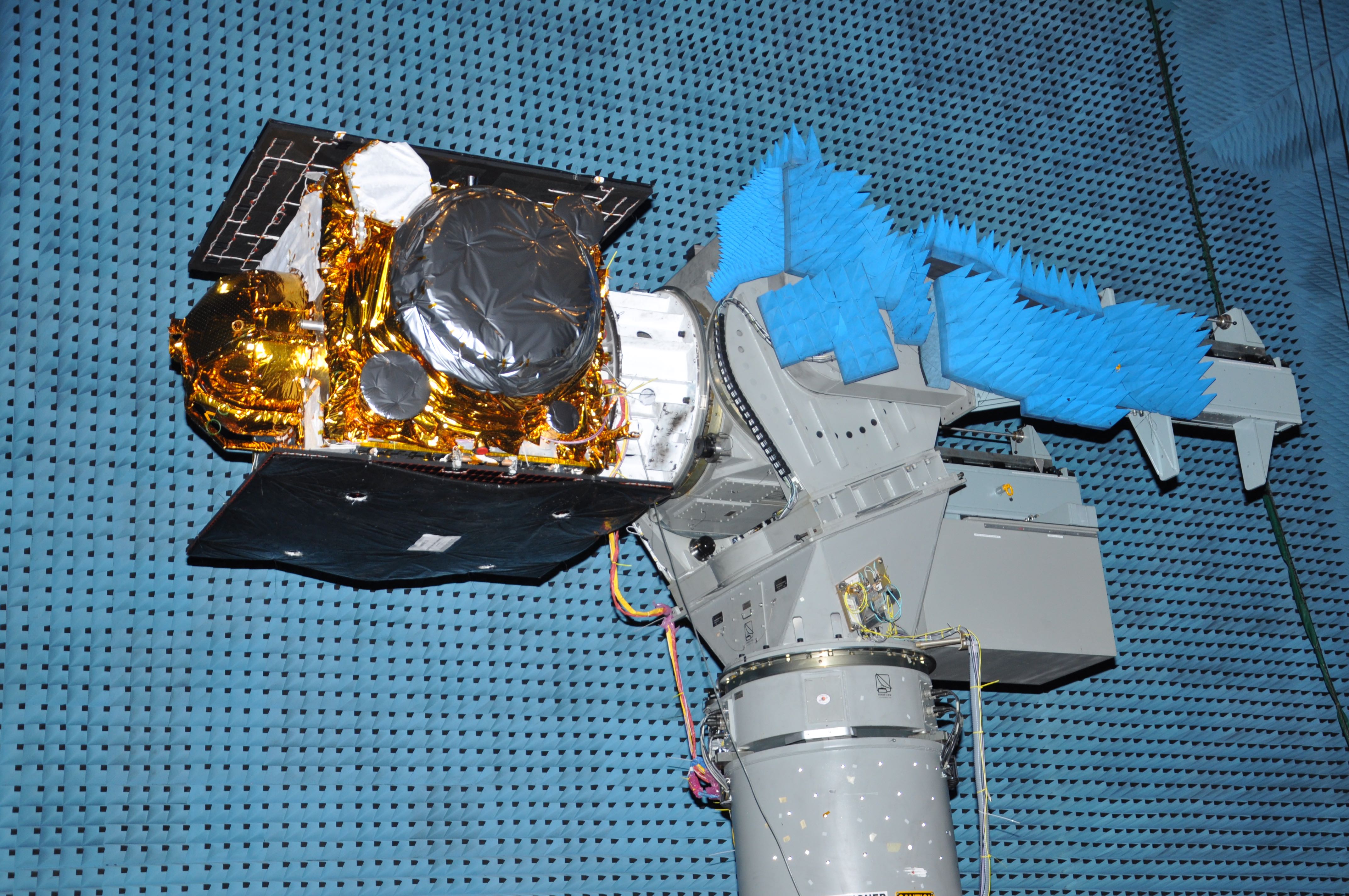 The IRNSS 1I satellite undergoes an antenna test ahead of launch on April 11, 2018, on the PSLV C41 mission. Credit: ISRO

New Delhi: NavIC, India’s very own navigation satellite system, is set to provide positioning and navigation services along the lines of the American Global Positioning System (GPS) to the Indian civilian population and armed forces. A new study has warned that signals from NavIC satellites may interfere with WiFi signals in receivers.

‘Navic’ stands for ‘navigator’ in Hindi and is also expanded as ‘Navigation with Indian Constellation’. Its technical name is the Indian Regional Navigation Satellite System (IRNSS).

The IRNSS is composed of a constellation of seven satellites launched by the Indian Space Research Organisation (ISRO) between 2013 and 2018. Devices installed with the necessary receivers and transmitters to make use of the constellation’s services are likely to become available in the near future.

The satellites send signals in the L5 (1,176.45 MHz) and S (2,492.08 MHz) frequency bands. The S-band is used by NavIC for navigation systems. However, the same band is also used by other communication systems like Long-Term Evolution (LTE), Bluetooth and wireless fidelity (WiFi).

As a result, the study says that NavIC signals and WiFi signal could interfere with each other thanks to their proximate frequencies. In fact, according to the paper, published in the journal Current Science, “NavIC reception on S-band frequency is severely affected by WiFi transmission.” It continues later, “These interfering signals present a threat to the NavIC receiver performance. To equip both the facilities (WiFi and NavIC) in future cell phones, it will be a challenge to mitigate such kind of radio frequency interference.”

The study was conducted by Shweta N. Shah, of the electronics engineering department at the Sardar Vallabhbhai National Institute of Technology, Surat, and Darshna D. Jagiwala, a PhD scholar. ISRO’s ISRO’s Space Applications Centre, Ahmedabad, provided the necessary equipment for the study.

Shah told India Science Wire, “There are much stronger terrestrial S-band signals that can pose a problem for [NavIC’s] S-band and dual frequency Standard Positioning Service receivers if not addressed properly.” Currently, she said “Wi-Fi receivers are present in every cellphone. That’s why it was necessary to study Wi-Fi interference to verify the performance of NavIC signal reception in cellphones. This kind of interfering signal represents a threat to the performance of the NavIC receivers.”

Wireless experts think radio-frequency interference between NavIC and other bands could pose regulatory challenges as well, apart from affecting the quality of services. In India, WiFi signals are exempted from licensing in the range of 2,400-2,483.5 MHz. In other words, the usable part of any WiFi system or channel in India must be above 2,400 MHz and below 2,483.5 MHz.

“Residual or unintended signals normally go beyond this limit due to the basic characteristic of digital emissions,” Pawan Kumar Garg, a former wireless advisor (under the Wireless Planning and Coordination Wing, Dept. of Telecom) to the Government of India, told India Science Wire. “The NavIC signal is centred at 2,492.08 MHz, with a bandwidth of ±8.25 MHz.”

This means that the lower part of NavIC signal can get interference from residual or unintended signals of WiFi systems. Also, the upper part of the NavIC signal goes beyond 2,500 MHz. Since the frequency band above 2500 MHz is used for other purposes, NavIC receivers can pick up signals (and receive interference) from such other systems operating above 2,500 MHz.”

As a way out, Garg suggested that “NavIC receivers should use reduced bandwidth of ± 7.5 MHz, if possible, and with sharp cut off filters at both ends.”